2017’s Natural Disasters To Cost Hundreds of Billions of Dollars for U.S. Alone 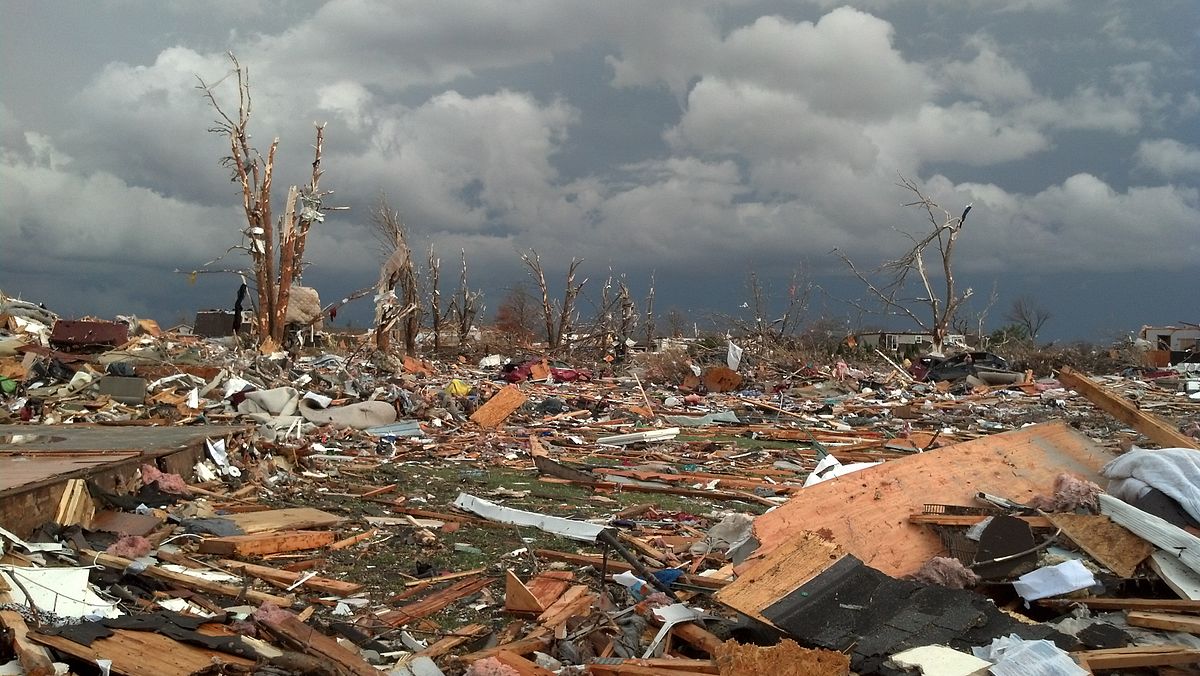 By Mrluckypants – Took the photograph shortly after the tornado destroyed our neighborhood., CC BY-SA 3.0, https://en.wikipedia.org/w/index.php?curid=44112873

This article was originally published on Popular Science.

2017 broke records for the number of extreme weather events that occurred, and the damages that resulted – National Oceanic and Atmospheric Administration (NOAA)

“2017 now ties with 2011 for the highest-ever frequency of these costly weather events. And the cumulative $306 billion in damages in 2017 beat the previous record, set in 2005 when Hurricane Katrina deluged New Orleans and the Louisiana coast, by more than $90 billion.

Three major hurricanes racked up most of the year’s $300 billion tab: Hurricanes Harvey, Irma, and Maria. Harvey, which slammed into the Gulf Coast near Houston at the end of August, was the costliest of the three. The storm grew so humid and large that its flood waters acted like a tiny ocean, continuously feeding the storm with more precipitation. As a result, 30,000 people were displaced and $125 billion in damages occured, according to NOAA. Barely two weeks later, Hurricane Irma wreaked $50 billion in damages when it hit the coast of Florida.

Hurricane Maria, which devastated the infrastructure of Puerto Rico when it made landfall in September, caused an estimated $90 billion in damages and its effects are still being felt on the island. Nearly half of the island still didn’t have electricity at the end of December, and the New York Times reports that full capacity may not be restored until the spring.

But what about the other 13 disasters on NOAA’s list? While hurricanes and events like the wildfires are hard to miss, Adnan Akyuz, North Dakota’s state climatologist, calls the drought that has lingered over the Northern Plains a “creeping disaster.”

“We have a good handle of how to recognize hurricanes,” he says. “It starts as a depression, a low-pressure center in the ocean, and we can track it with satellites and measurements. But we don’t have such systems for droughts.”…”

Read on at: Popular Science.