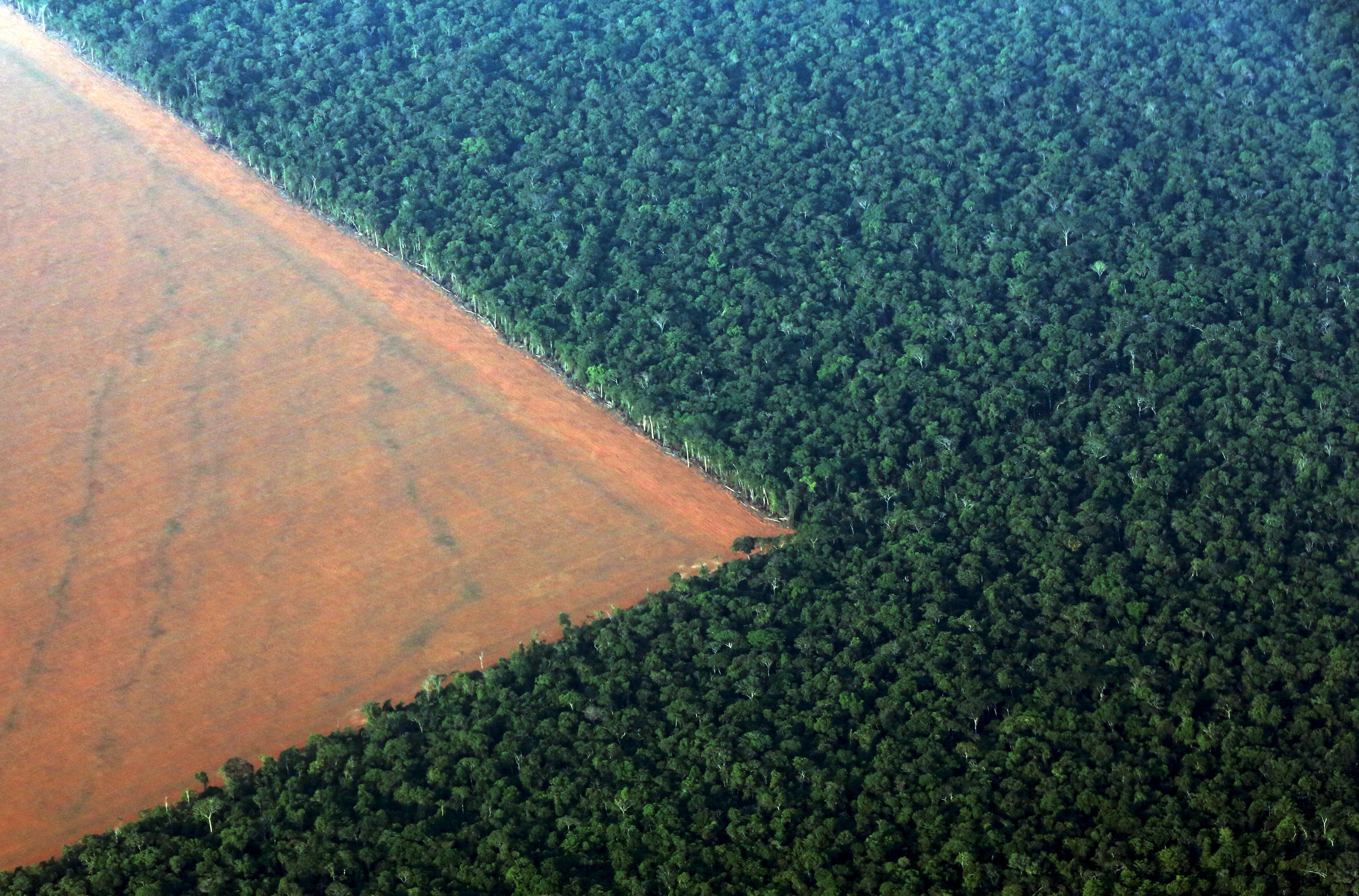 The Amazon rain forest (R), bordered by deforested land prepared for the planting of soybeans, is pictured in this aerial photo taken over Mato Grosso state in western Brazil, October 4, 2015. REUTERS/Paulo Whitaker

“Deforestation of the Amazon is about to reach a threshold beyond which the region’s tropical rainforest may undergo irreversible changes that transform the landscape into degraded savanna with sparse, shrubby plant cover and low biodiversity. This warning derives from an editorial published in the journal Science Advances co-authored by Thomas Lovejoy, a professor at George Mason University in the United States, and Carlos Nobre, chair of Brazil’s National Institute of Science & Technology (INCT) for Climate Change.

“The Amazon system is close to a tipping point,” Lovejoy said. According to the authors, since the 1970s, when studies conducted by Professor Eneas Salati demonstrated that the Amazon generates approximately half of its own rainfall, the question has been raised of how much deforestation would be required to degrade the region’s hydrological cycle to the point at which it would be unable to support rainforest ecosystems. The first models developed to answer this question showed that the tipping point would be reached if approximately 40 percent of the region were deforested. In this case, central, southern and eastern Amazonia would experience diminished rainfall and a lengthier dry season. Moreover, the vegetation in the southern and eastern parts of the region would become similar to savanna.

…The calculation derives from a study published in 2016 in Proceedings of the National Academy of Sciences and conducted by Nobre and other researchers at the INPE, the National Space Research Institute (from which Nobre is a retired researcher), the Natural Disaster Surveillance & Early Warning Center (CEMADEN) and the University of Brasília (UnB). “Although we don’t know the exact tipping point, we estimate that the Amazon is very close to this irreversible limit,” Nobre said. “Deforestation of the Amazon has already reached 20 percent, equivalent to 1 million square kilometers, although 15 percent [150,000 km²] is recovering.”

According to the researchers, the mega-droughts of 2005, 2010 and 2015-16 could well represent the first signs that this tipping point is about to be reached. These events, together with major floods in 2009, 2012 and 2014, suggest the entire Amazon system is oscillating. “Human action intensifies the disturbances to the region’s hydrological cycle,” Nobre said…”