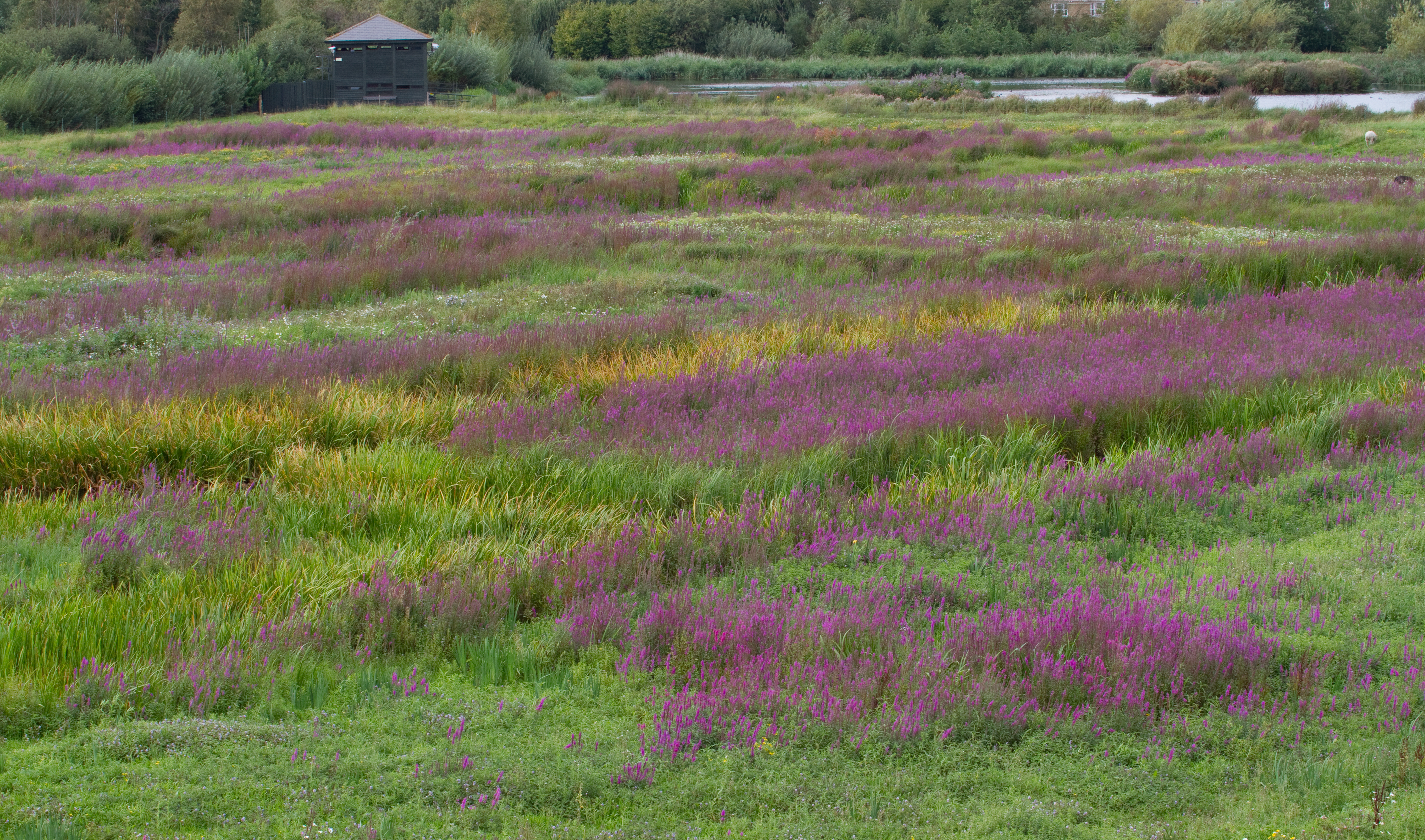 This article was originally published on Eastern Daily Press.

“A pioneering £500,000 project to construct a new wetland which protects a fragile river from waste water pollution could become a template for more of these natural “filters” – with huge biodiversity benefits.  A vibrant new wetland has burst into life in Norfolk’s summer sunshine – fed by water piped from a neighbouring sewage treatment plant.

The £500,000 project, claimed to be the first of its kind in England, was funded by Anglian Water to filter the outflow from the treatment works at Ingoldisthorpe, in the north-west of the county.

Treated water is channelled through four new inter-connected pools, planted with native chalk wetland species such as iris, sedges, rush, marsh marigold and watercress. The plants work naturally to strip out ammonia and phosphate – pollutants generated by domestic detergents, as well as from human and animal waste – before the cleaned water goes back into the River Ingol, one of Norfolk’s precious chalk streams, renowned for their rich and diverse wildlife.

Aside from its primary purpose of filtering more than a million litres of water a day, the wetland has huge biodiversity value, attracting breeding birds, amphibians, bats, and water voles.

Jonah Tosney, operations director for Norfolk Rivers Trust, which manages the site, said: “It is absolutely thriving. It has grown amazingly over the summer, and it is totally alive with flowering plants, bees and pollinators. “On the one hand, it is a technical solution to what is coming out of the sewage works, but it is also a massive biodiversity asset in itself.”…”

Read on at: Eastern Daily Press.

Landscape Restoration in China: From Grand Design to Co-Design ›