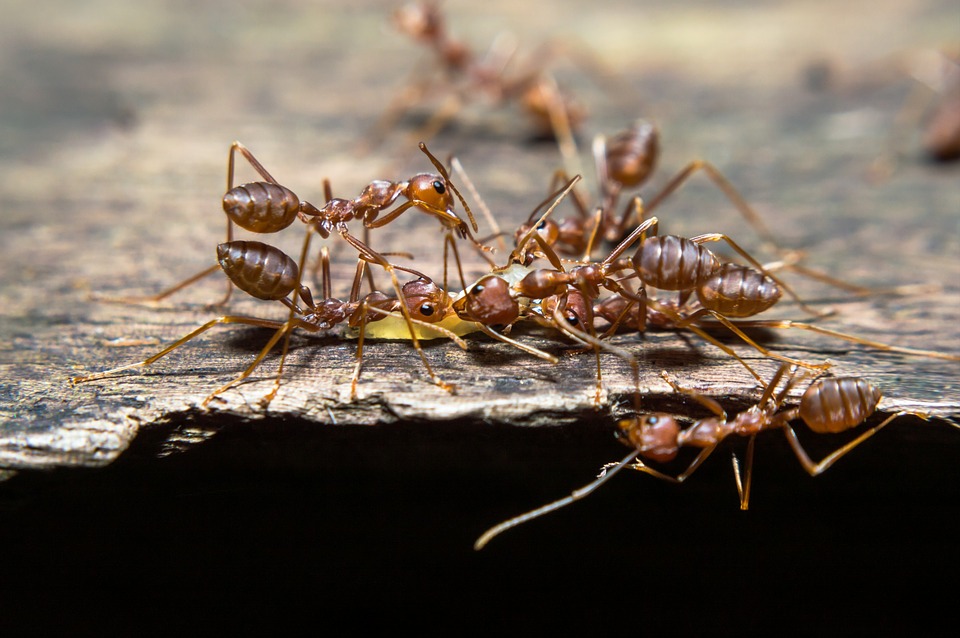 This paper was originally published on ScienceDirect.

“Abstract: The impact of complex direct and indirect interactions between multiple functional groups on plants is poorly documented. In tropical agroecosystems, ants interact with crop mutualists and antagonists, however, little is known about effects of dominants ant community properties on the consequence of such cascading interactions which can be measured through final ecosystem service, crop yield.

Here, we present a replicated ant fauna manipulation experiment in cocoa agroecosystems, where we used ant exclusion treatments to test the economic importance of the presence of ants, and two additional treatments where we experimentally introduced one of two common dominant ant species which allowed comparing their effects with those of the naturally occurring ant fauna. The proximate aim was to assess the impact of ants Crematogaster sp., Camponotus brutus Auguste-Henri Forel and Oecophylla longinoda Latreille on cacao yield, which is known to depend on several, cascading intermediate ecosystem services (e.g. control of specific pests).

Associated ant communities between dominant and non-dominant species resulted in the same yields as in non-manipulated controls. Dominant ant communities maximized the control of a particular pest species, but not cacao yield. We show a positive relationship between ant species rich communities and financial performance and we postulate that complex agroecosystems can offer competitive business opportunities for small-scale farmers, while contributing to biodiversity conservation. However, more interdisciplinary studies are needed to quantify financial and biodiversity performance opportunities to allow up-scaling of these findings…”

Read on and access the full paper at: ScienceDirect.

‹ Dynamic Changes in the Value of China’s Ecosystem Services