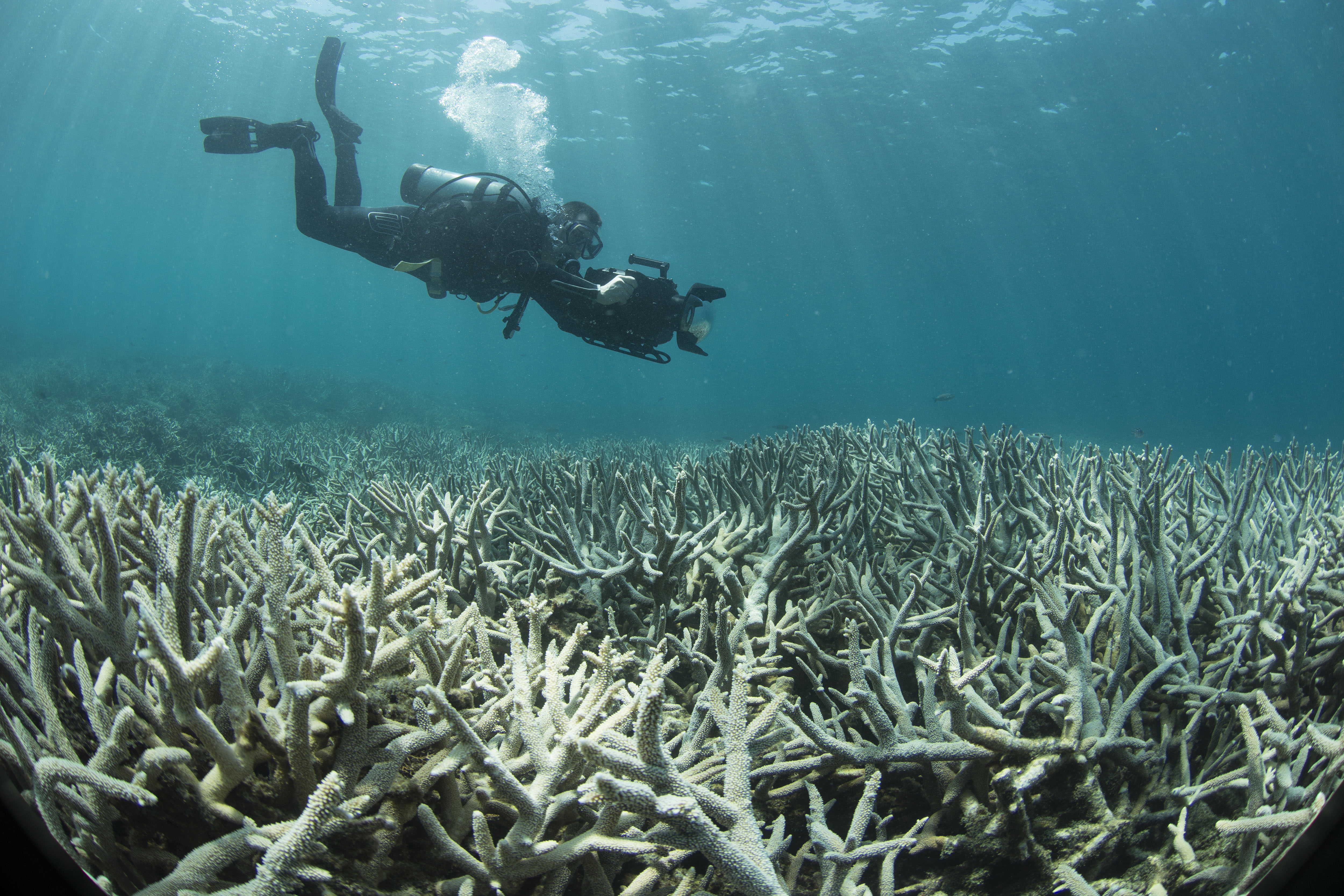 “As oceans warm, coral reefs are suffering not only from bleaching but from deadly outbreaks of disease. Researchers are developing remedies, but the key question is whether these solutions can work on a large-enough scale to save vast reef systems from Florida to Australia.

In September 2014, William Precht received an alarming phone call. “I’m seeing something funky out on the reef,” a colleague reported. “It looks like disease.” At the time, Precht, a marine biologist and environmental consultant working in coral reef restoration, had been monitoring a Port of Miami dredging project to ensure preservation of the nearby ecosystem. When Precht donned his scuba gear and dove to the site to investigate a few weeks later he couldn’t believe what he found. “The whole reef was lit up in disease,” he recounts. There were more than 30 coral colonies (each 4 to 16 inches across) with white bands and lines on them, and other corals were entirely white. “You could see this line of mortality moving across the reef — I was blown away.”

Precht was witnessing the early signs of a new and rapidly spreading coral disease outbreak sweeping along the Florida coastline, threatening the third-largest reef ecosystem in the world. The outbreak first appeared in pockets of diseased coral near Miami. Four years later, it covers 96,000 acres of reef extending about 275 miles from West Palm Beach to the lower Florida Keys. By some estimates, as much as 35 percent of the coral population has been lost. Several species have nearly vanished, including majestic colonies of pillar corals (Dendrogyra cylindrus), a threatened species that can reach heights from 6 to nearly 10 feet. The few surviving colonies are now known as “the last unicorns.”

Around the globe, coral disease outbreaks are becoming more frequent, severe, and widespread. Many factors are contributing to the problem, including pollution and nitrogen runoff from fertilizers and coastal sewer and septic systems. But scientists say a key culprit is steadily increasing ocean temperatures, which have risen at least 1.3 degrees Fahrenheit in the past century and could increase several more degrees by 2100. Elevated water temperatures can cause coral polyps to expel the algae that provide them with nutrition and spectacular color, leaving the corals bleached. With sufficient time, corals can recover from bleaching, but global climate models indicate that severe bleaching may happen annually by mid-century…”