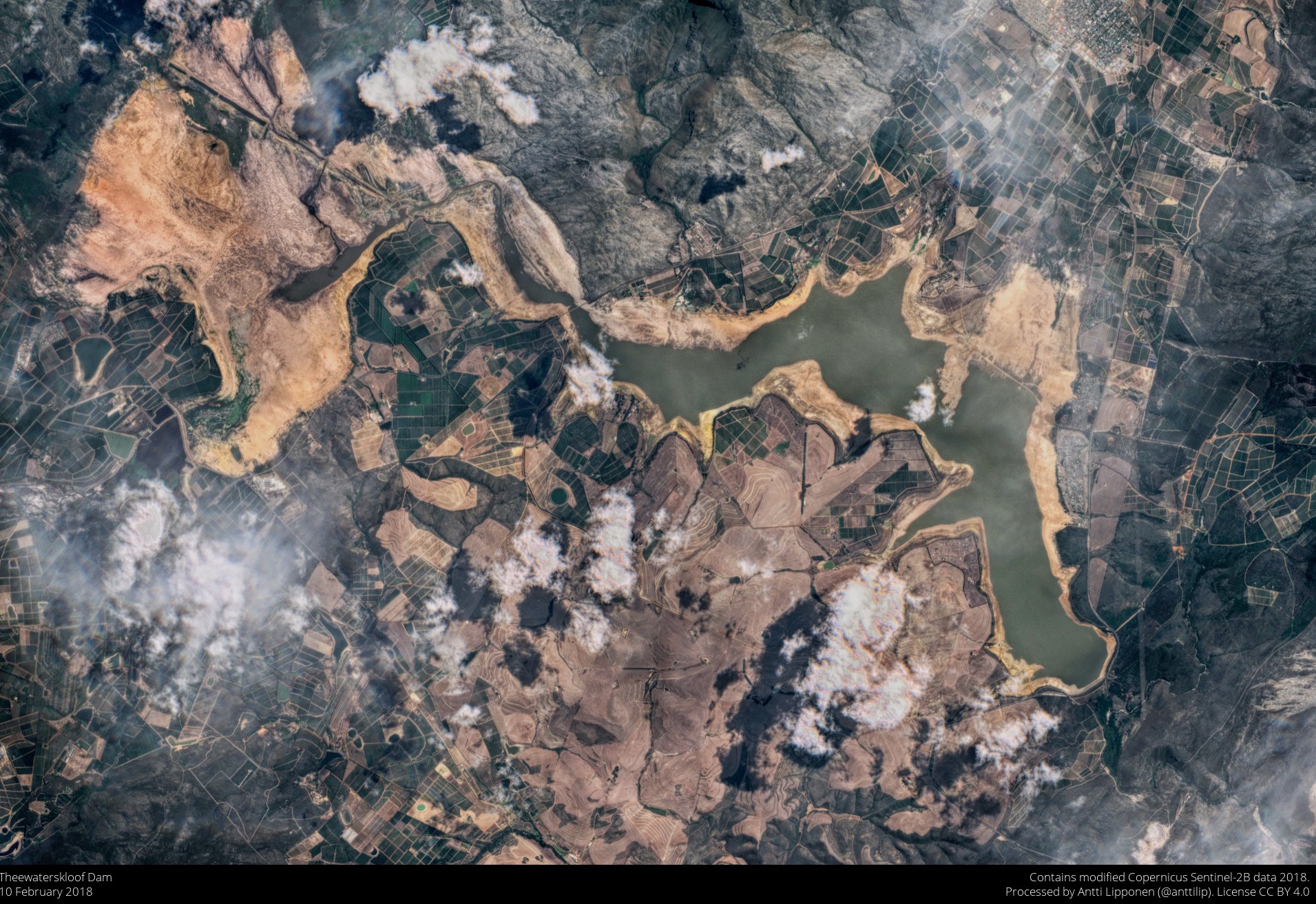 “South Africa’s second-largest city has pushed back the day when its taps are expected to run dry. But with its population growing and the climate warming, Cape Town, like many cities in semi-arid regions, must take decisive measures to meet its future water needs.

…Almost all the Cape Town drought media coverage has focused on the city itself. Few reporters have paid attention to the rural areas around it, enormous acreages of which are covered in economically valuable vineyards, olive groves, and fruit orchards that require irrigation from the same six large dams and associated pipelines that sustain Cape Town. Farmers in the region have had their water allowance cut 60 to 87 percent, meaning that almost all irrigation was halted on February 1, even as many trees still carried fruit.

The Western Cape provincial government has estimated that 50,000 agricultural jobs will be lost this year, mostly among seasonal fruit-pickers, leading to about 260,000 people requiring poverty-relief assistance. Most of South Africa’s wheat is grown near Cape Town, and many wheat farmers will not harvest a crop this season. Agri Western Cape, a farmers’ union, says that farmers around Cape Town have lost about $1.2 billion due to the drought. Twenty-two percent of the sheep in the region have been culled because of a lack of fodder….”