Back to the Mangroves – Wetlands and Climate Change 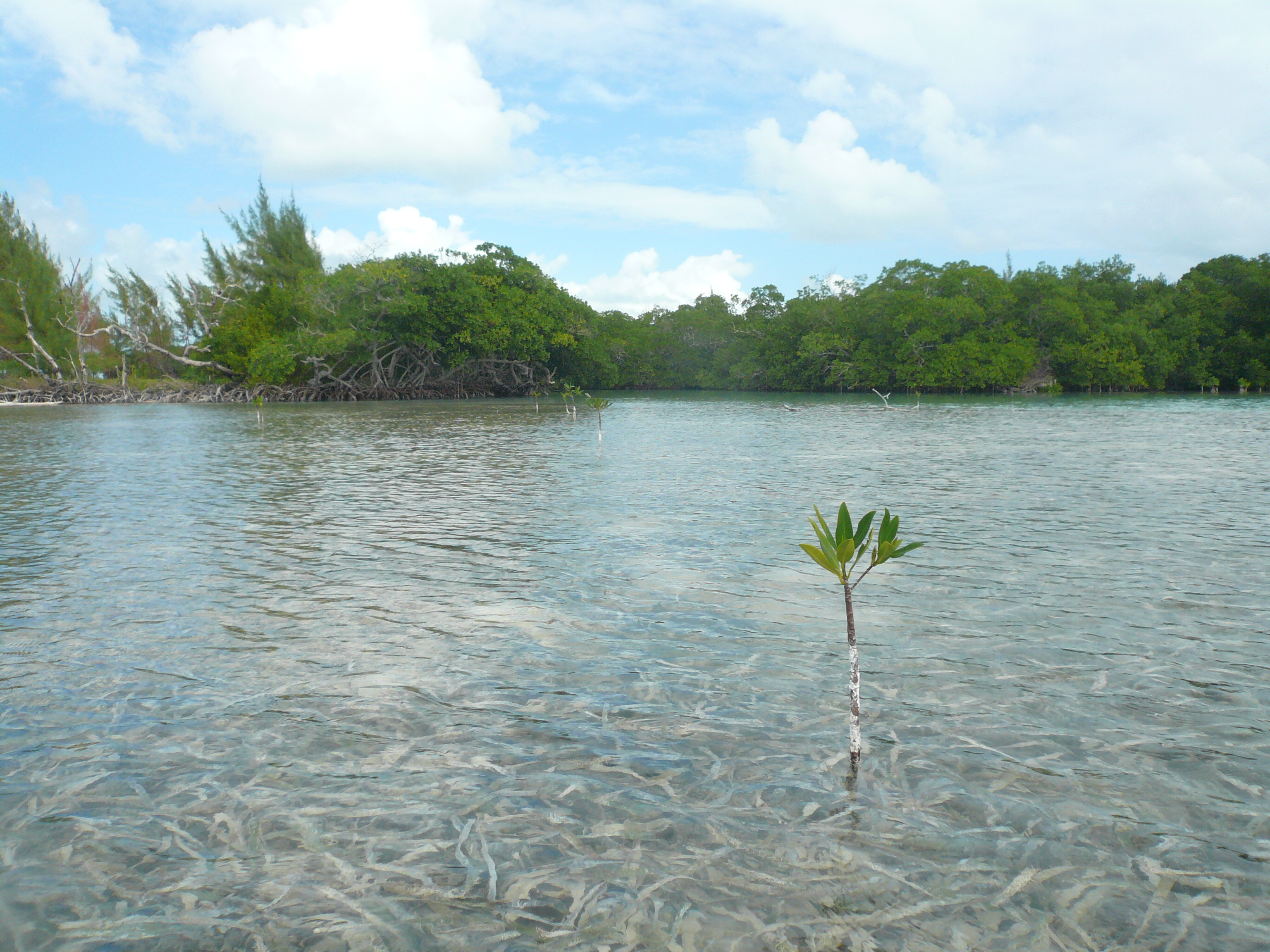 “It had been a while since I had really crawled around in a mangrove wetland.  Once you have climbed over the roots of a red mangrove, seen the pneumatophores (the roots that stick out of the ground like breathing tubes) of white mangrove, spotted blue crabs in abundance scurrying back into their holes to avoid capture, or taken in the “sweet” aroma of decaying organic matter, – it all comes back to you in flash.  My return to the mangroves was on a recent survey of the wetlands on Big Corn and Little Corn Island, two small islands off the Caribbean coast of Nicaragua.

Mangrove systems are incredibly dynamic and complex.  Would you be able to distinguish the subtle interaction or interplay between freshwater and saltwater boundaries if you look closely at vegetation communities? Mangroves are of great importance to coastal areas and especially for small islands which are highly vulnerable to the impacts of climate change. They are part of the natural capital that will have to be maintained, supported and managed properly as part of the adaptive response to sea level rise and coastal erosion.  It is not only for their intrinsic value as habitats for fish, plants and shellfish; but also for the ecological infrastructure of a country, upon which their economies are built. Mangroves are part of the Blue Economy, a concept relevant for islands where the economic base is both on-land and off-shore and where the health of coastal and marine resources is critically important…”