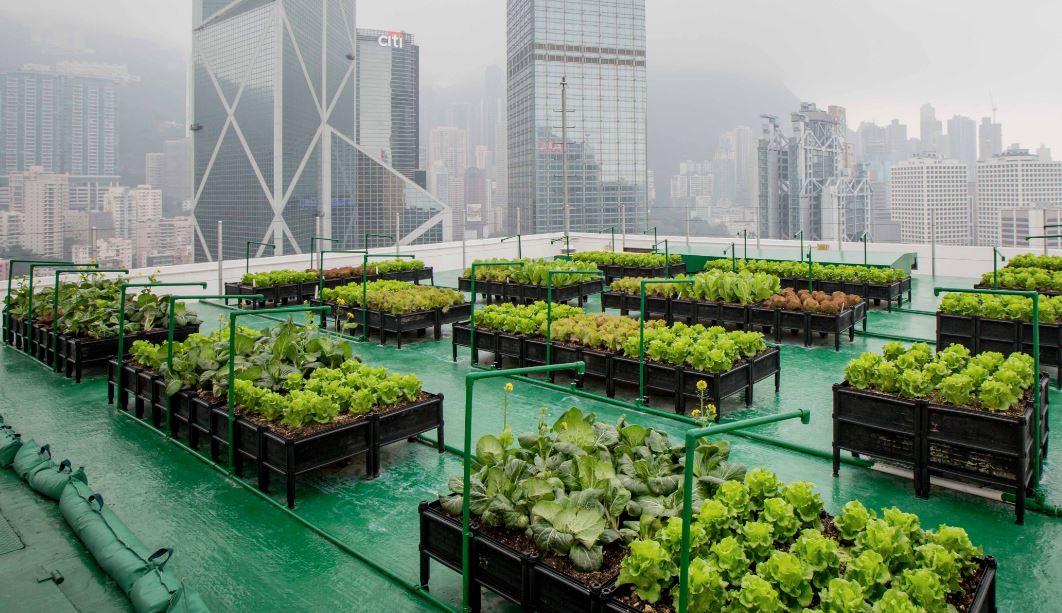 This article was originally published on City Lab.

“A global analysis finds that urban agriculture could yield up to 10 percent of many food crops, plus a host of positive side benefits.

…Using Google’s Earth Engine software, as well as population, meteorological, and other datasets, the researchers determined that, if fully implemented in cities around the world, urban agriculture could produce as much as 180 million metric tons of food a year—perhaps 10 percent of the global output of legumes, roots and tubers, and vegetable crops.
Those numbers are big. Researchers hope they encourage other scientists, as well as urban planners and local leaders, to begin to take urban agriculture more seriously as a potential force for sustainability.

The study also looks at “ecosystem services” associated with urban agriculture, including reduction of the urban heat-island effect, avoided stormwater runoff, nitrogen fixation, pest control, and energy savings. Taken together, these additional benefits make urban agriculture worth as much as $160 billion annually around the globe. The concept of ecosystem services has been around for decades, but it is growing in popularity as a way to account, in economic terms, for the benefits that humans gain from healthy ecosystems. Georgescu and his collaborators decided to investigate the potential ecosystem services that could be provided through widespread adoption of urban agriculture, something that had not been attempted before…”

Read on at: City Lab.