Biodiversity Assessment Reports on Pollination and on Scenarios & Modelling Launched 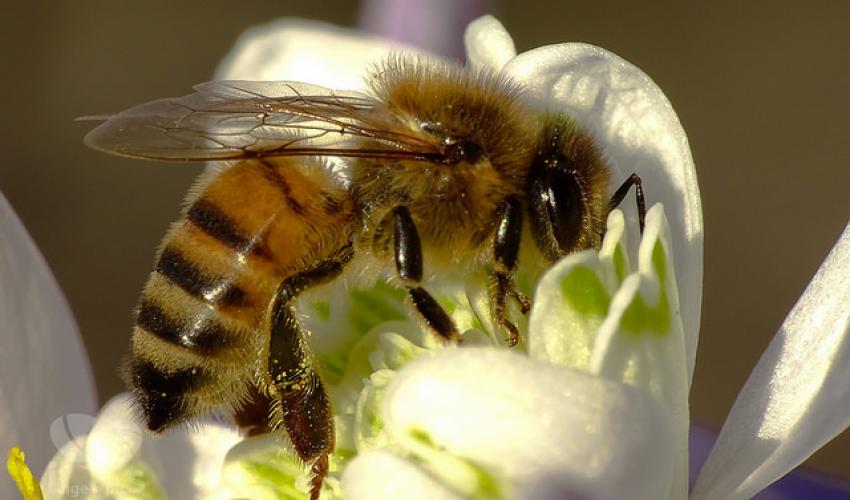 This was originally published on IUCN.

“We’re delighted with how effectively the IPBES pollination report was able to draw from the IUCN Red List of Threatened SpeciesTM to document the high extinction risk facing the world’s pollinators. This report also brings to light the urgency of undertaking Red List assessments for other invertebrate species groups elsewhere in the world,” says Ana Nieto, lead author of the IUCN European Red List of Bees.

The report was also met with some scepticism, however. “I would question whether any practical on-the-ground action to help pollinators will happen as a result of this document. The evidence that pesticides harm pollinators is described as ‘conflicting’ in this report, which misrepresents the overwhelming weight of evidence showing that some pesticides are harmful. Moreover, given on-going declines in many pollinators, the precautionary principle should be applied, and the report fails to recommend this,” Dr Dave Goulson, Professor of Biology at the University of Sussex, and member of the Task Force on Systemic Pesticides of IUCN’s Commission on Ecosystem Management and Species Survival Commission.

The addition of recommendations that pesticide risk assessment should apply the precautionary principle (in other words, require proof of safety) will therefore be important for other institutions, such as the Convention on Biological Diversity, which will consider the pollination assessment at its thirteenth Conference of the Parties, this December.

“Indigenous practices which support pollination include maintaining diversified farming systems and heterogeneity of pollinator habitat in landscapes and gardens,” says Dr Rosemary Hill, Principal Research Scientist at CSIRO in Australia, member of IUCN’s Commission on Environmental, Economic and Social Policy and World Commission on Protected Areas, and one of the report’s coordinating lead authors. “Numerous indigenous pollinator totems and sacred texts about pollinators in most religions highlight their broad significance to human societies over millennia.”

A second IPBES report, a “Methodological assessment of scenarios and modelling,” also published in full today, outlines how models and scenarios can best be used to assess the state of nature and the benefits it provides to people, and how these may change into the future. For example, models can forecast how deforestation caused by the increasing demand for palm oil might affect species and ecosystems. Many of these techniques are very familiar to the conservation community. For example, the IUCN Red List of Threatened Species is underpinned by quantitative models of the risk of species extinction.

Some of the techniques discussed in the assessment, however, are less well-known in current conservation policy and practice. For instance, ‘target-seeking scenarios,’ start with societally-agreed goals and then run models run backwards to shed light on the combinations of policy decisions necessary to achieve particular targets. “These approaches stand to be very valuable in supporting the simultaneous achievement of environmental, social and economic targets agreed under the new UN Sustainable Development Goals,” says Dr Carlo Rondinini, Research Scientist at Sapienza University of Rome, Coordinator of the Global Mammal Assessment for the IUCN Red List, and a coordinating lead author of the report.

The report also summarises how scenarios can be used to retrospectively determine to what degree conservation actions can be credited with improvements in the field.

“IUCN’s application of such approaches has shown that in the absence of conservation action, the rate at which ungulate species would have slid towards extinction would have been seven times faster,” explains Dr Resit Akçakaya, Professor of Ecology and Evolution at Stony Brook University and Chair of the Standards and Petitions Sub-Committee of IUCN’s Species Survival Commission, another of the report’s coordinating lead authors. IUCN is working towards development of a system that will standardise both retrospective and prospective scenario analyses in terms of the extinction risk and recovery status of species.

The scenarios and modelling report is available here and the pollination report here.

The French Ministry of Ecology and the Gordon and Betty Moore Foundation supported IUCN’s engagement with IPBES over the last four years.