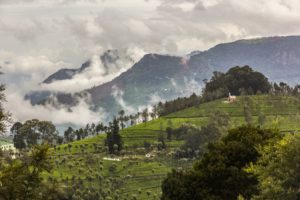 This article was originally published on UN News.

“Qu Dongyu, Director-General of the Food and Agriculture Organization (FAO), told negotiators on Monday that as agriculture and food systems are “at the heart of the concept of sustainable development”, they are central to deliberations regarding the Post-2020 Biodiversity Framework, which is expected to be adopted at the UN Biodiversity Conference in October.

“Biodiversity is fundamental for ecosystems, for human beings, and is the basis of food diversity,” said Mr. Qu, opening the second meeting of the Open-ended Working Group established by the Convention on Biological Diversity (CBD), which FAO is hosting.

He spoke about the enormous challenge of feeding more than nine billion people in 2050 – in ways that assure healthy diets while not overexploiting natural resources.

…The FAO Director-General concluded by urging the delegations to ensure that biodiversity is an integral part of the issues discussed at the 2021 World Food Systems Summit, which will be hosted by the UN Secretary General and aims to maximize the co-benefits of a food systems approach across the entire 2030 Agenda and meet the challenges of climate change.”

Read on at: UN News

‹ Threatened Birds & Mammals Have Irreplaceable Roles in the Natural World

5 Reasons Why CEOs Must Care About Safeguarding Nature ›