Bison: (Back) Home on the Range 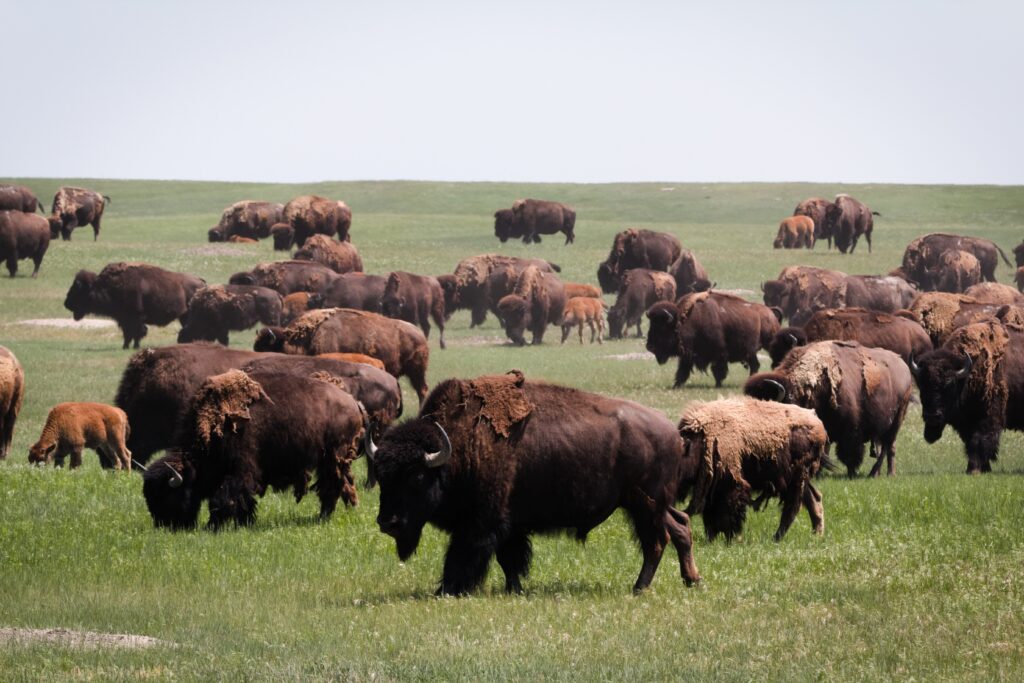 “As a young boy living on South Dakota’s Rosebud Indian Reservation, Wizipan Little Elk remembers the first time he saw a buffalo herd. The experience ignited a passion, and at the age of 19, he resolved to do “something meaningful” for buffalo.

Little Elk left home to attend college at Yale and law school in Arizona, before a stint as an appointed official in the Department of the Interior (DOI) under the Obama administration. Then, his path led him home in 2011 to take up the post of CEO of the Rosebud Economic Development Corporation (REDCO).

For decades, leaders of the Lakota and other Native American tribes of North America’s Great Plains dreamed of returning the buffalo to their homeland. Now, Little Elk and the people of Rosebud are on the cusp of realizing that vision, with the first buffalo set to be released back on the reservation this fall. The initial plan is to release several hundred buffalo donated through the DOI’s Bison Conservation Initiative onto about 3,400 hectares (8,500 acres) of land. REDCO’s broader vision is to work with WWF, the DOI and the Tribal Land Enterprise, which manages the reservation’s land, to fill about 11,300 hectares (28,000 acres) with 1,500 bison. A herd that size would be the largest owned by Native Americans in North America.

…Ecologists say that the bison, along with prairie dogs and fire, were once the dominant forces shaping the environment. Research has shown that threatened bird species, like the IUCN Red Listed mountain plover (Charadrius montanus), depended on the wallows that bison left on the prairie when they rolled around. Bison also spread seeds in their dung, and they kept in check the enterprising spruce, pine and willow trees that could quickly change the complexion of the prairie.

“[Bison] can heal the land,” Vi Waln, chairperson of the Tribal Land Enterprise, said in an interview.”