Can Colombo Reinvent Itself as a Wetland City? 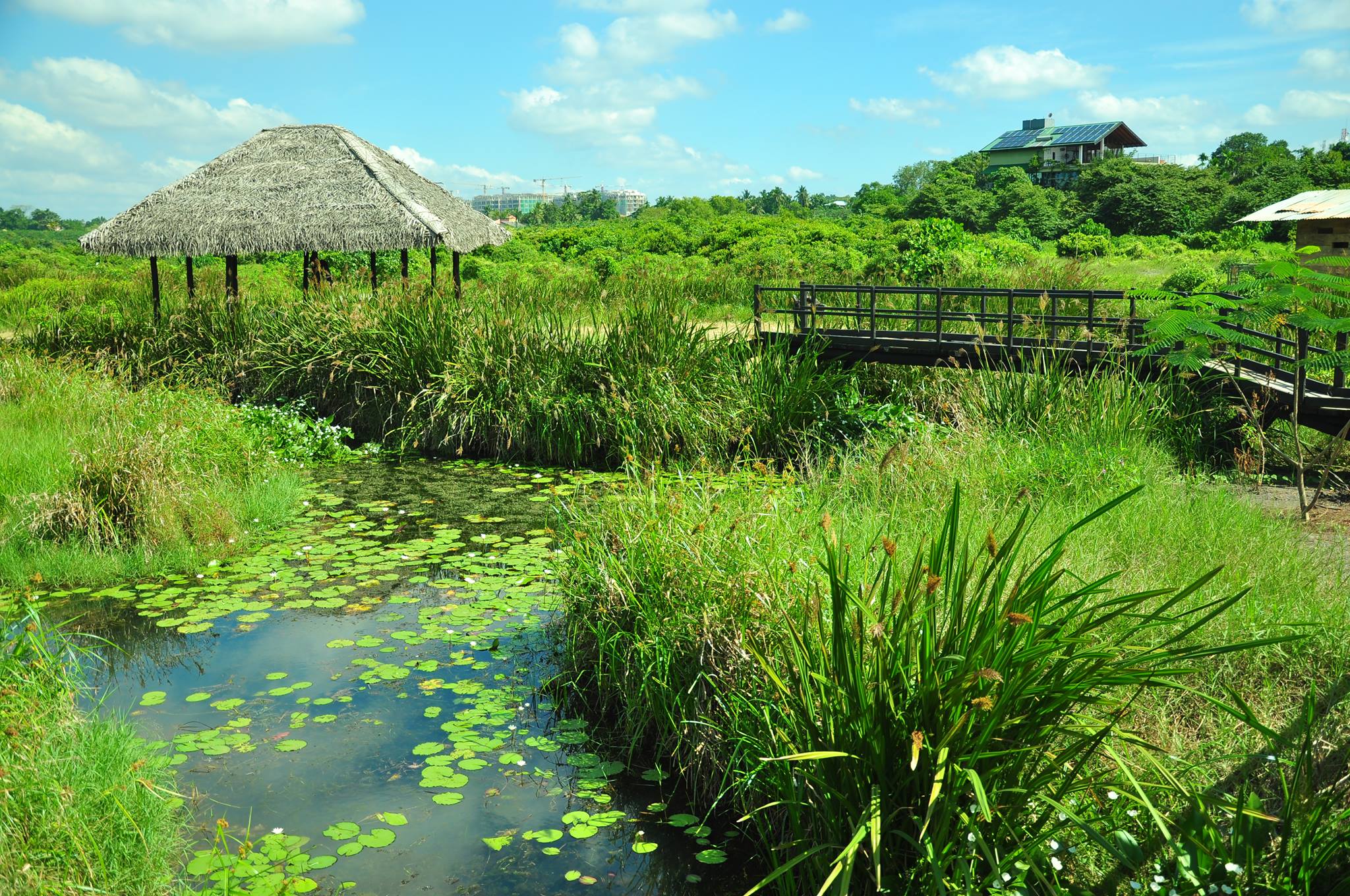 “The Colombo Wetland Complex (CWC) which includes 20 square kilometres of freshwater marshes, lakes and paddy fields in the city, stretches around the Diyawanna lake like an emerald necklace, extending to areas such as Beddagana, Thalawatugoda, Kotte, Kolonnawa and up to Talangama and Ambatale. The wetlands are essential allies in protecting Colombo’s inhabitants from floods.

It has been estimated that if the city was to lose all its wetlands, the Colombo Metropolitan Region would be at a risk of losing 1 percent of its GDP on average each year due to flood damage – similar to damages suffered in the massive floods of November 2010. The CWC provides refuge for 39 percent of the storm water – storing and then slowly releasing the excess water over a long period of time. In doing so the wetlands help maintain soil moisture balance.

There are also a host of other “ecosystem services,” says Chethika. More than 50 percent of the city falls within the catchment of the CWC, allowing Colombo to enjoy a kind of natural air conditioning. Colombo’s wetlands act as a buffer by trapping and removal of particulate matter in the air. This has direct health benefits for the city’s inhabitants – the wetlands reduce the incidence of cardiopulmonary and respiratory diseases, coughing, bronchitis, and lung cancer…”