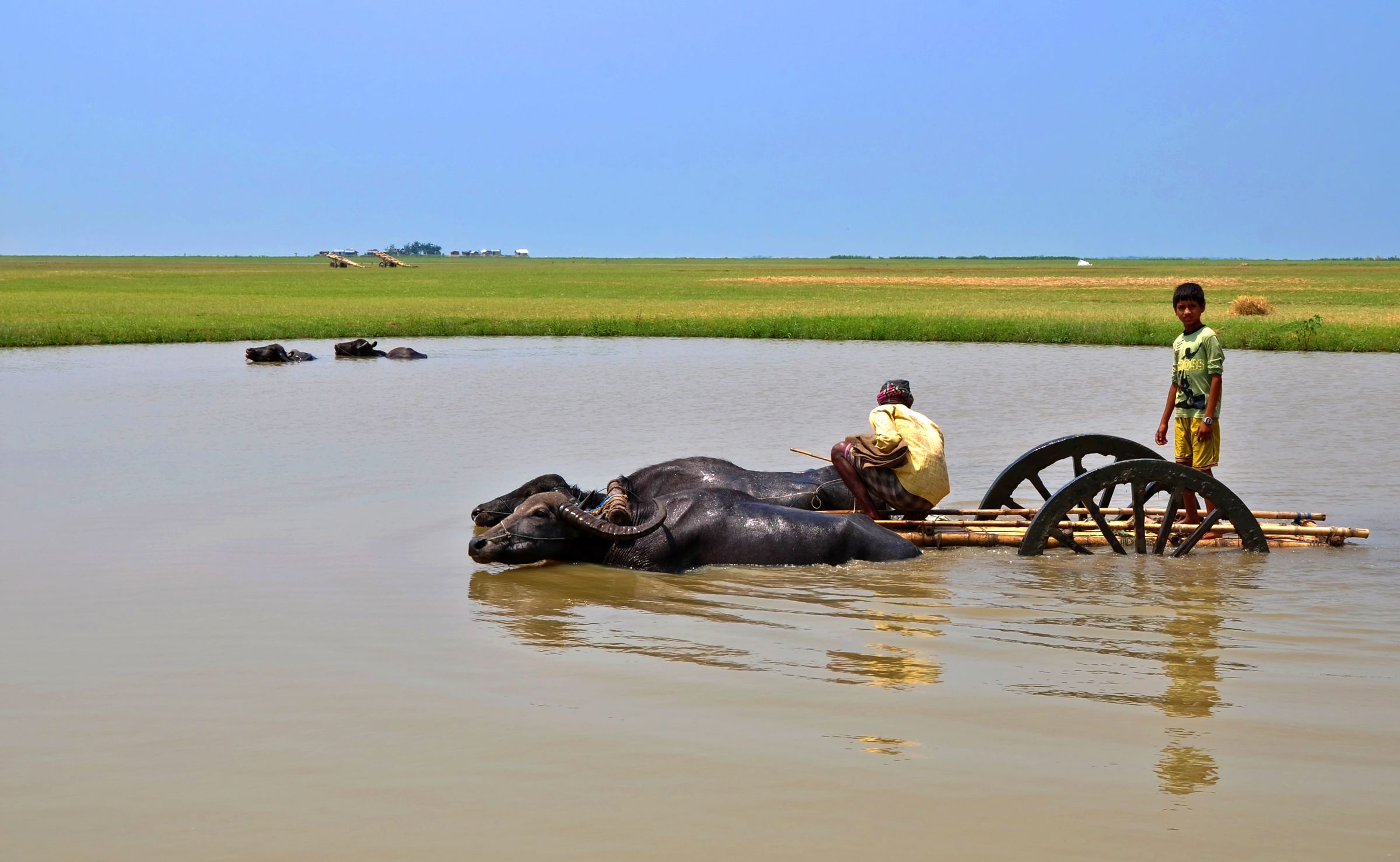 “Rising sea levels driven by climate change make for salty soil, and that is likely to force about 200,000 coastal farmers in Bangladesh inland as glaciers melt into the world’s oceans, according to estimates from a new study.

Frequent flooding with salt water is already pushing farmers in Bangladesh to shift from growing rice to raising shrimp and other seafood, but not all coastal residents will be able to stay put and maintain their agricultural livelihoods, said study co-lead author Joyce Chen of The Ohio State University.

“Unfortunately, this is likely to be most challenging for those farming families who have the fewest resources to begin with,” said Chen, an associate professor of agricultural, environmental and development economics. The study appears in the journal Nature Climate Change.

…In the next 120 years, coastal communities that are home to 1.3 billion people will be inundated with seawater, according to scientific forecasts. This puts about 40 percent of Bangladesh’s agricultural fields in jeopardy and already, residents of coastal areas are experiencing frequent flooding from rising oceans and adapting to the new normal…”

Redrawing the Map: How the World’s Climate Zones Are Shifting ›