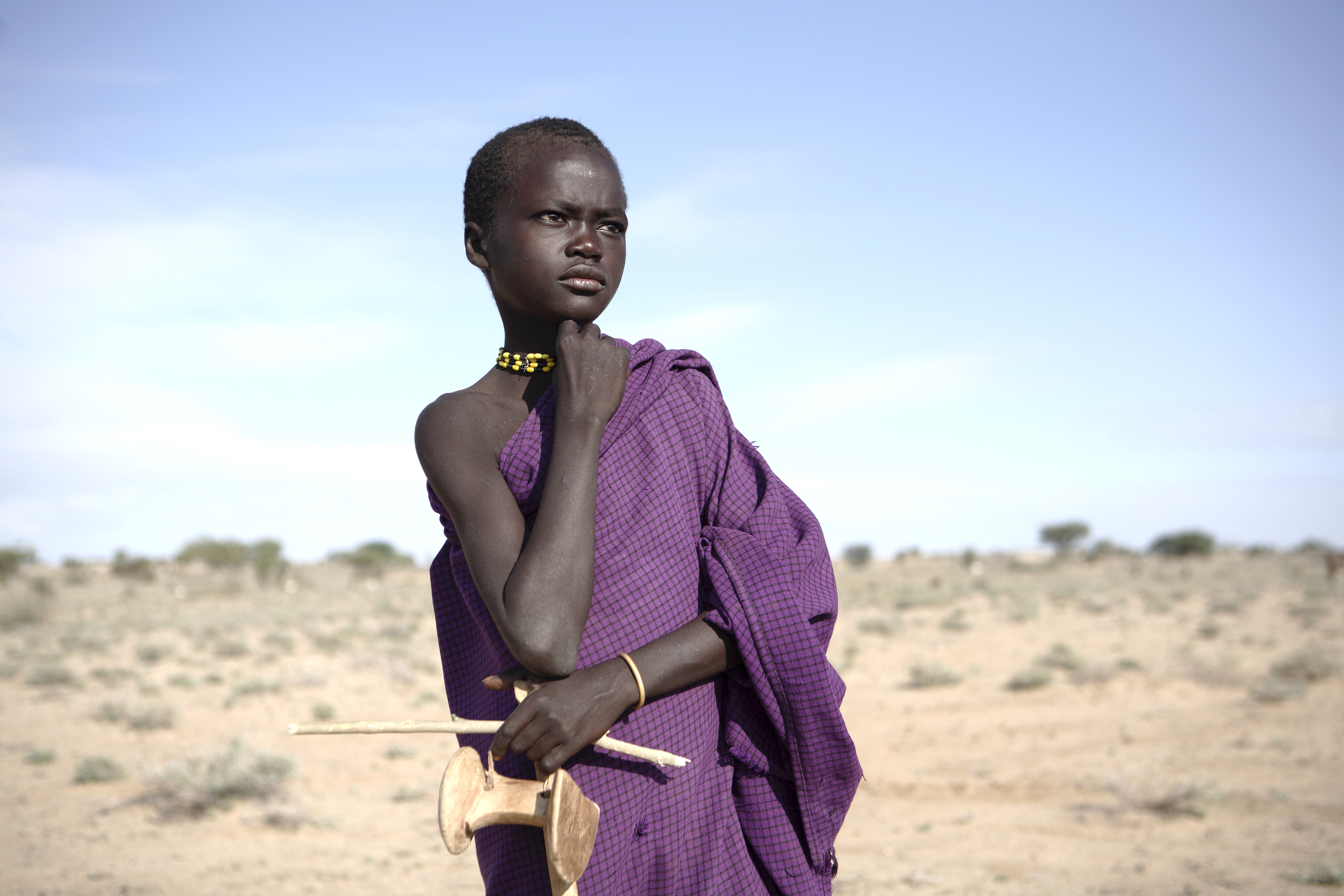 Nangiro (12) from Turkana in northern Kenya. This region has been severely affected by climate change and suffers regular droughts. By Trocaire from Ireland (Kenya 6, Livelihoods 12) [CC BY 2.0 (https://creativecommons.org/licenses/by/2.0)], via Wikimedia Commons

“Extreme weather events were a leading cause of global hunger rising last year, with women, babies, and old people particularly vulnerable to the worsening trend, a UN report said Tuesday.

Increasingly frequent shocks such as extreme rainfall or temperatures, as well as droughts, storms, and floods, helped push the number of undernourished people to 821 million in 2017, it said.

That figure, equivalent to about one in nine people globally, was up from 804 million in 2016, according to the annual report “The State of Food Security and Nutrition in the World”.

“The number of people who suffer from hunger has been growing over the past three years, returning to levels that prevailed almost a decade ago. Equally of concern is that 22.2 percent of children under five are affected by stunting in 2017,” said the document. Low- and middle-income countries, in particular, were harshly impacted by ever-more frequent climate extremes.

“Africa is the region where climate shocks and stressors had the biggest impact on acute food insecurity and malnutrition, affecting 59 million people in 24 countries and requiring urgent humanitarian action,” the report said.Trends were also worsening in South America.

“If we are to achieve a world without hunger and malnutrition in all its forms by 2030, it is imperative that we accelerate and scale up actions to strengthen the resilience and adaptive capacity of food systems and people’s livelihoods in response to climate variability and extremes,” it added…”

‹ In the Aftermath of the Colombian Conflict, “Expect to See An Increase in the Degradation of Pristine Environments”

Lessons From Cities that Plan for their Rivers ›