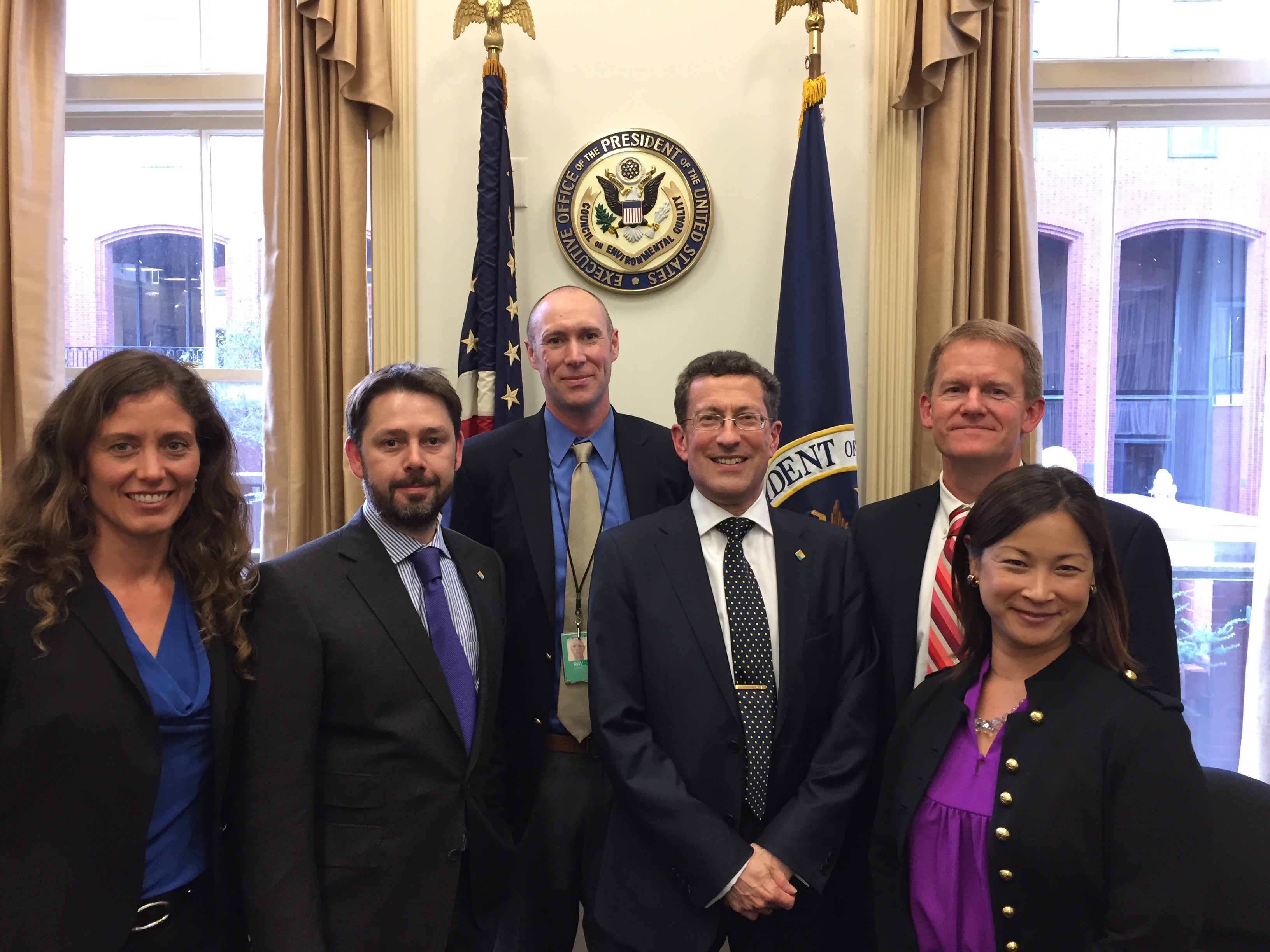 15 Natural Capital Coalition organizations, led by Coalition Director Mark Gough, met last week with staff from the Executive Office of the President of the United States, to discuss overlaps between their ongoing work, and opportunities for further collaboration.

While the meeting took place exactly 100 days before the end of the Obama administration, much can be accomplished in 100 days.

The administrations Center on Environmental Quality (CEQ) intends to publish guidance for government departments on natural capital before the end of this term, and was keen to understand what it could learn from the development of the Protocol, and other work that businesses in the US were undertaking on the subject.

This meeting comes on the back of last year’s White House Memorandum for Executive Partnerships and Agencies, which directs agencies to develop and institutionalize policies to promote the consideration of natural capital and ecosystem services in planning, investment, and regulatory contexts.

13 different US government agencies are currently preparing memos around the inclusion of natural capital and ecosystem service considerations in U.S. governmental decision making. These will be released at the end of 2016.

The Coalition continues to step up its engagement with U.S. government agencies as well as the U.S. businesses community, with the U.S. Department of Commerce recently joining the Coalition, and the Coalition’s involvement in several major U.S. conferences, including the BSR conference in early November.

Nature is Priceless — So Let’s Value It ›