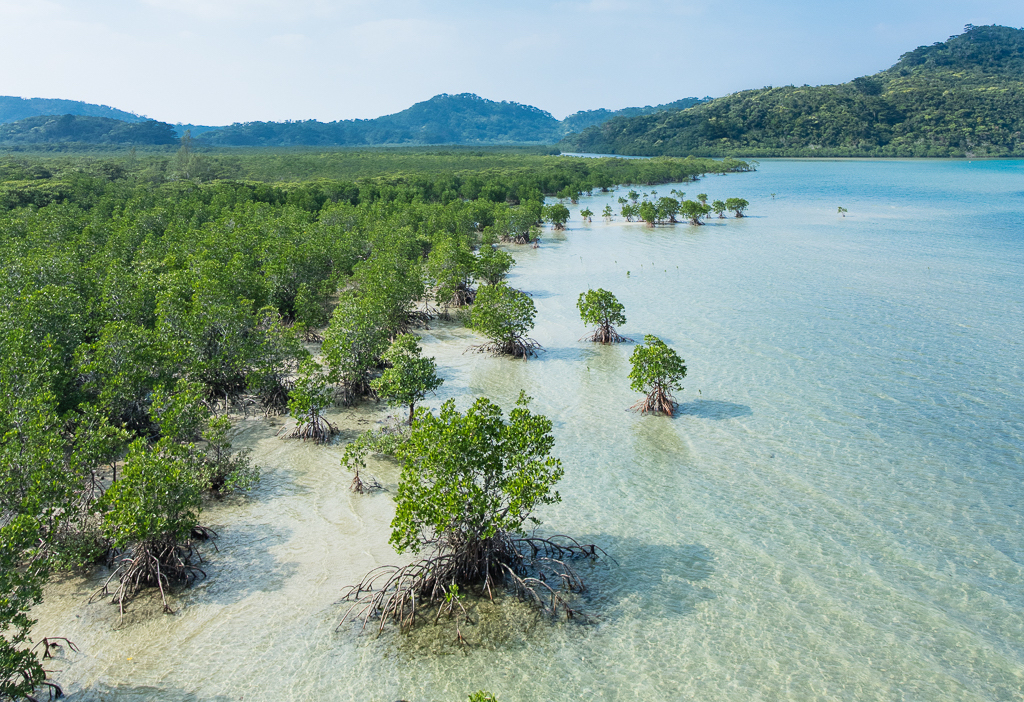 “Enlist the help of hundreds of community volunteers, hire one project coordinator and two security guards, then sell carbon credits. The result: 117 hectares of protected mangrove forest on the south coast of Kenya, which provides a natural barrier against flooding from the Indian Ocean, creates both a nursery habitat for fish and water purification, and generates annual income for two villages to make vital improvements to infrastructure and social programs.

Mangroves are among the most threatened of all ecosystems, with global rates of destruction exceeding those of terrestrial tropical forests They are also among the most efficient of all natural carbon sinks and provide a wide range of other ecosystem benefits. But mangroves have been declining in quality and area throughout Kenya; their total extent decreased by 0.7 percent per year between 1985 and 2000.

Mangrove cover in Kenya is currently estimated at 50,000-60,000 hectares, according to a report published in 2016 by the U.N. Food and Agriculture Organization (FAO). The FAO says this represents a decline of almost one-fifth since 1985…”

‹ Any Way You Look At It, Biodiversity Is A Sound Investment