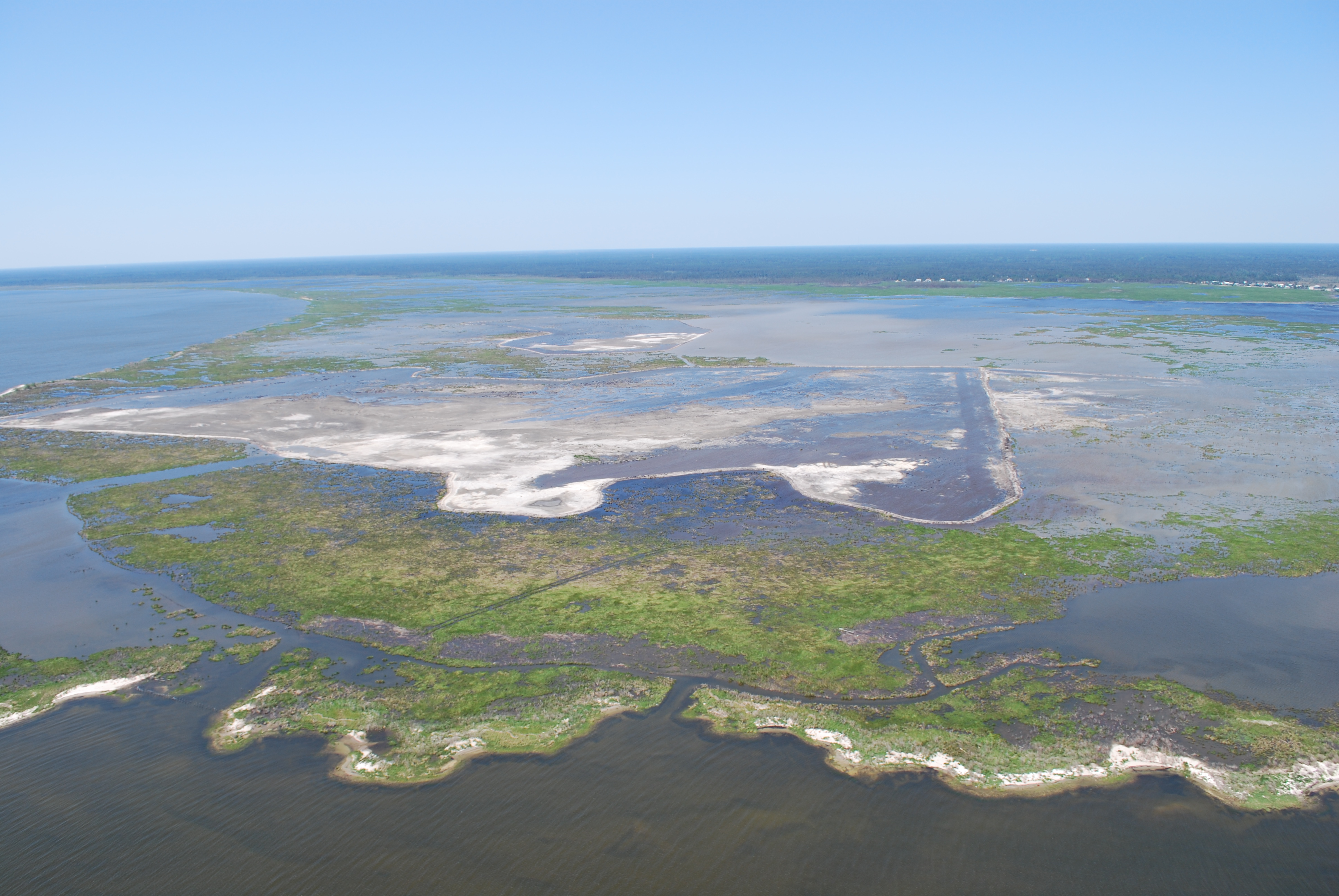 This paper was originally published in the Journal of Applied Ecology.

“Abstract: Coastal wetland ecosystems are expected to migrate landwards in response to rising seas. However, due to differences in topography and coastal urbanization, estuaries vary in their ability to accommodate migration. Low‐lying urban areas can constrain migration and lead to wetland loss (i.e. coastal squeeze), especially where existing wetlands cannot keep pace with rising seas via vertical adjustments. In many estuaries, there is a pressing need to identify landward migration corridors and better quantify the potential for landward migration and coastal squeeze.

We quantified and compared the area available for landward migration of tidal saline wetlands and the area where urban development is expected to prevent migration for 39 estuaries along the wetland‐rich USA Gulf of Mexico coast. We did so under three sea level rise scenarios (0.5, 1.0, and 1.5 m by 2100).

Within the region, the potential for wetland migration is highest within certain estuaries in Louisiana and southern Florida (e.g. Atchafalaya/Vermilion Bays, Mermentau River, Barataria Bay, and the North and South Ten Thousand Islands estuaries).

The potential for coastal squeeze is highest in estuaries containing major metropolitan areas that extend into low‐lying lands. The Charlotte Harbor, Tampa Bay, and Crystal‐Pithlachascotee estuaries (Florida) have the highest amounts of urban land expected to constrain wetland migration. Urban barriers to migration are also high in the Galveston Bay (Texas) and Atchafalaya/Vermilion Bays (Louisiana) estuaries.

Synthesis and applications. Coastal wetlands provide many ecosystem services that benefit human health and well‐being, including shoreline protection and fish and wildlife habitat. As the rate of sea level rise accelerates in response to climate change, coastal wetland resources could be lost in areas that lack space for landward migration. Migration corridors are particularly important in highly urbanized estuaries where, due to low‐lying coastal development, there is not space for wetlands to move and adapt to sea level rise. Future‐focused landscape conservation plans that incorporate the protection of wetland migration corridors can increase the adaptive capacity of these valuable ecosystems and simultaneously decrease the vulnerability of coastal human communities to the harmful effects of rising seas…”

Read on and access the full paper at: Journal of Applied Ecology.

World Bank: The Miracle of Mangroves for Coastal Protection ›