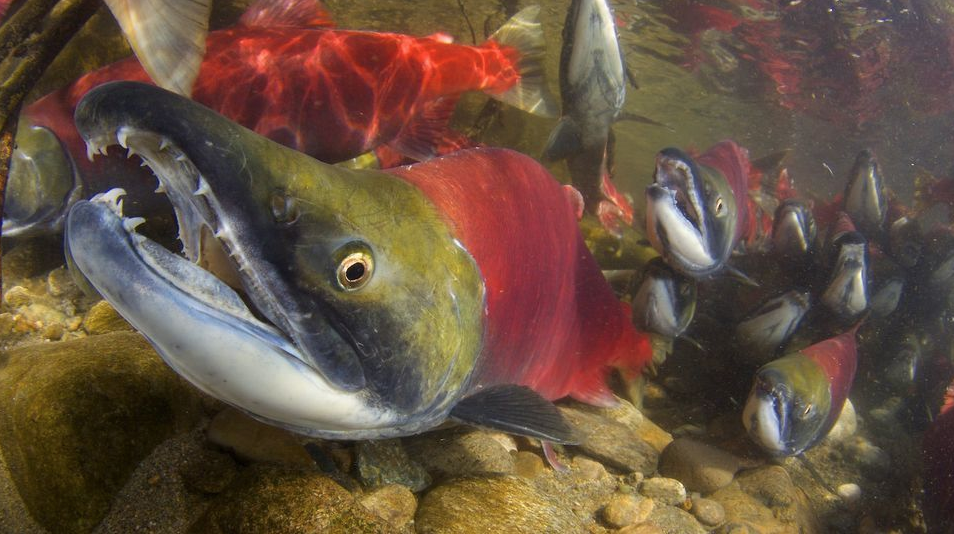 This article was originally published on Enviro News.

“British Columbia, Canada – Salmon returning to the Fraser, the longest river in British Columbia (BC), were at their lowest level since record keeping began this fall. Fewer than 900,000 sockeye (Oncorhynchus nerka) are projected to have returned to their traditional breeding grounds, causing commercial and First Nations fisheries to shut down completely.

2016’s total equals the worst salmon run in BC’s history, and beats the disastrous numbers from 2009 – a run that contained only 1.3 million fish. Even that number, a figure over 30 percent greater than this year’s sum, prompted the launching of the Cohen Commission – a special emergency investigative working group set up by Canada’s federal government, charged with determining the cause of the crisis.

While 2.2 million specimens were expected to return to the area this fall, a place that harbors the largest sockeye salmon run in the world, the actual number that made it home was estimated at 853,000 by the Pacific Salmon Commission. The lack of fish is being blamed on warmer ocean waters, which have come as a result of a global rise in the Earth’s temperature, according to Dr. David Suzuki, a geneticist, environmentalist and award-winning scientist…”

Read on at: Enviro News.

‹ How Do We Value Water?