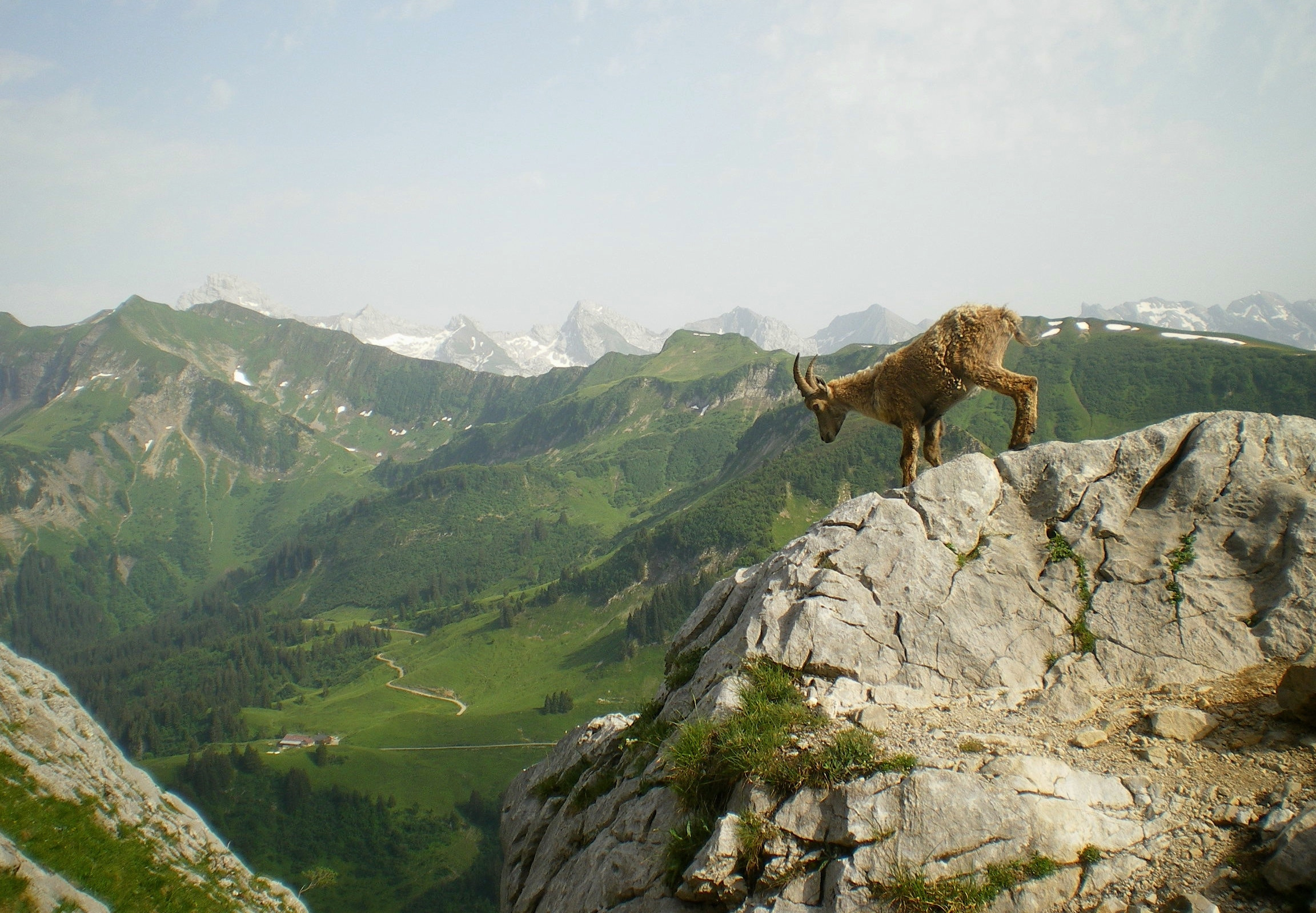 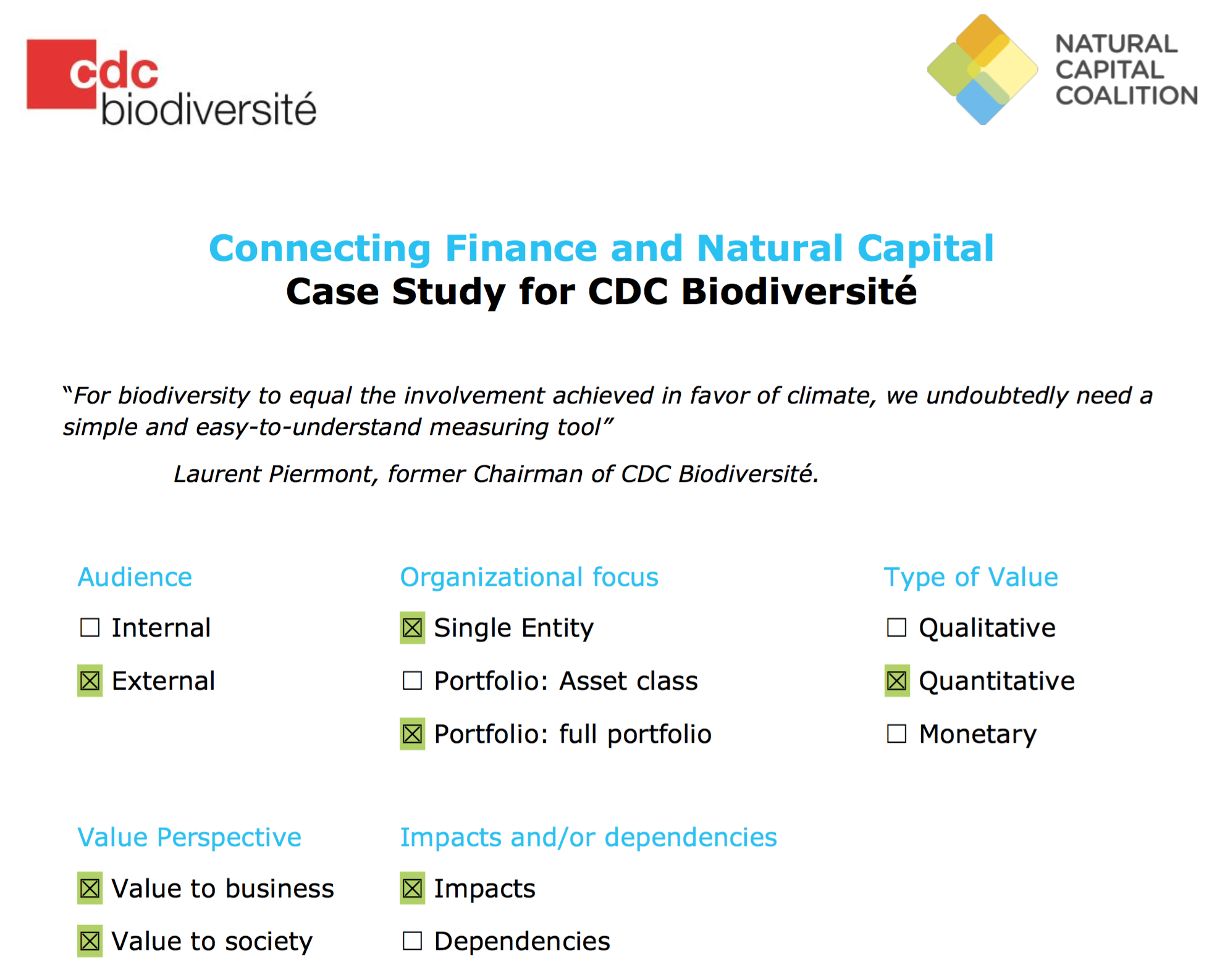 The CDC Group is a group serving general interest and the country’s economic development. It is the French largest public financial institution and has a focus on long term investment supporting territorial, ecological, energy, digital, demographic and social transitions. In 2015 the group managed 243,5 bln € of French people savings. In 2015 the group invested 262 bln € in social housing and territory development.

CDC Biodiversité is a private subsidiary of the Caisse des Depôts Group. As a Nature-Based Company, it acts as a trusted third party for businesses and public authorities to implement biodiversity restoration actions and is engaged over the long run.

Since 2008, the company has conducted pro-biodiversity initiatives and biodiversity offsets, participating in some 40 offsets projects, contributing to preservation and rehabilitation of almost 2,000 hectares of land. CDC Biodiversité runs Caisse des Dépôts’s Mission Economie de la Biodiversité (MEB) which attempts to come up with innovative tools that reconcile economic development and preservation of biodiversity. CDC Biodiversité’s R&D team looks for innovative solutions to assess and quantify interrelations with biodiversity, therefore aiming to rationalize the path towards net positive impact for businesses and the financial sector. Ultimately, the mission of the R&D team is to come up with innovative tools to reconcile economic development and environmental protection and to share and collaborate on biodiversity issues.

The ambition with GBS is to create a quantitative, global, spatialized, transparent, cross- sectoral and scientifically consensual biodiversity footprint tool.

The unit used in GBS is the km2MSA, surface area equivalent of the MSA, where ??2??? = ???(%) × ??????? ???? and a footprint of 1 km2MSA corresponds to the complete destruction of 1 km2 of intact natural area. This unit can thus be compared to an “artificialization” measurement with the benefit to be easily understandable by businesses.

The final output of the model is a Global Biodiversity Score (GBS), linking economic activities and impacts on biodiversity, against a pristine natural capital baseline. The GBS is derived from Life Cycle Analysis and Input-Output models to quantify the link between economic activities and pressures on natural capital and the IMAGE and GLOBIO model to link the pressures and impacts on biodiversity.

More than 70 biodiversity offset projects were financed with duration from 5 to 60 years. 2059 ha of land under management for offsets in France and French oversea territories. Management of the Cossure project, a 12 million euros habitat banking scheme in southern France with a 30-year duration. National climate change adaptation programme for territories and ecosystems funded through voluntary business contributions. Ongoing project dealing with the development of a biodiversity footprint, detailed above, which got the interest of about a dozen financial institutions seeking to strengthen their nature capital indicators to screen their portfolios, and more than a dozen businesses from a range of sectors. Several publications on various subjects regarding the interlinkages between biodiversity and economy.

Currently the project is calculating values for agricultural products: corn, grain, etc. The next step is to move beyond the agricultural products to include other raw materials and consider the whole value chain of economic activities. Aquatic biodiversity data were just made available by the GLOBIO team and should be included in the model. Another point to improve upon is the number of biodiversity loss drivers considered, since the full range pressures upon biodiversity is not accounted for in GLOBIO. The objective is to come up with a first version of GBS by the end of 2019.