Copepods: The Unsung Heroes of the Ocean 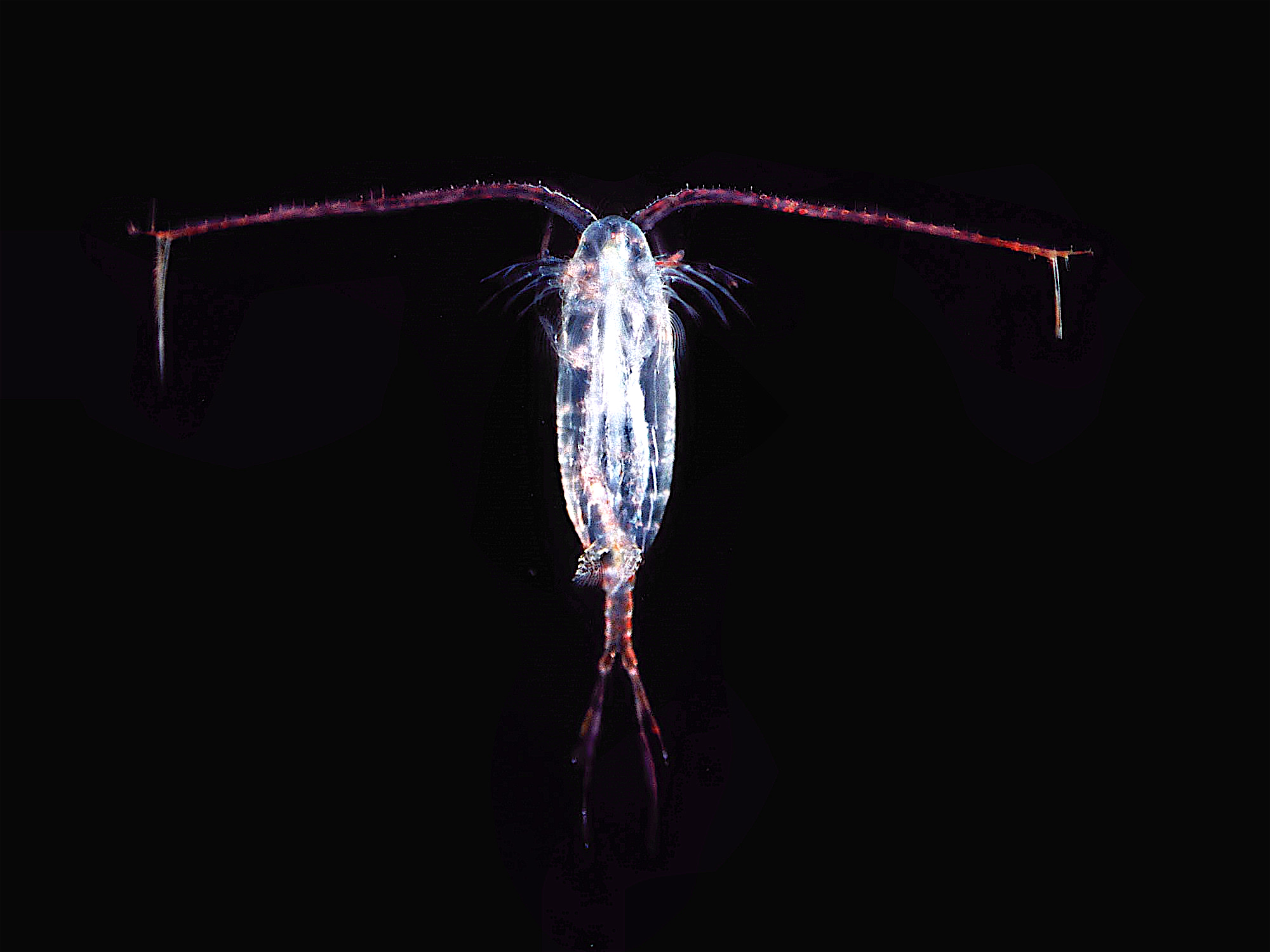 “We all know the amazing job that bees and birds, as pollinators, do for the planet. But have you heard about the humble copepod?

Copepods can be as small as the tip of a needle and have been compared to wildebeest that roam the plains of Africa. Like wildebeest, these crustaceans travel great distances, sinking over 1km to spend winter sleeping after fattening up in spring. Copepods also play a vital role in circulating carbon between living organisms and their surroundings. They get omega-3 fatty acids from eating microscopic plants in the sea that have absorbed carbon through photosynthesis, which travels into the deep sea via sinking copepod poo, stopping it from returning to the atmosphere as carbon dioxide.

It’s clear they’re important, but we don’t know how Arctic ice retreat and climate change affects these shrimp-like creatures. Will the warming poles change where they go, what they eat, how they behave, grow and reproduce? These questions inspired Holly Jenkins, Ph.D. student at the University of Southampton, to journey across the Fram Strait—the passage between Greenland and Svalbard—with 25 fellow scientists…”

The Natural Comeback of Tropical Rainforests in the Savanna Region ›