Counterintuitively, Research Suggests That If All Air Pollution Were to Disappear Overnight, Temperatures Could Jump By 0.5 to 1.1 °C 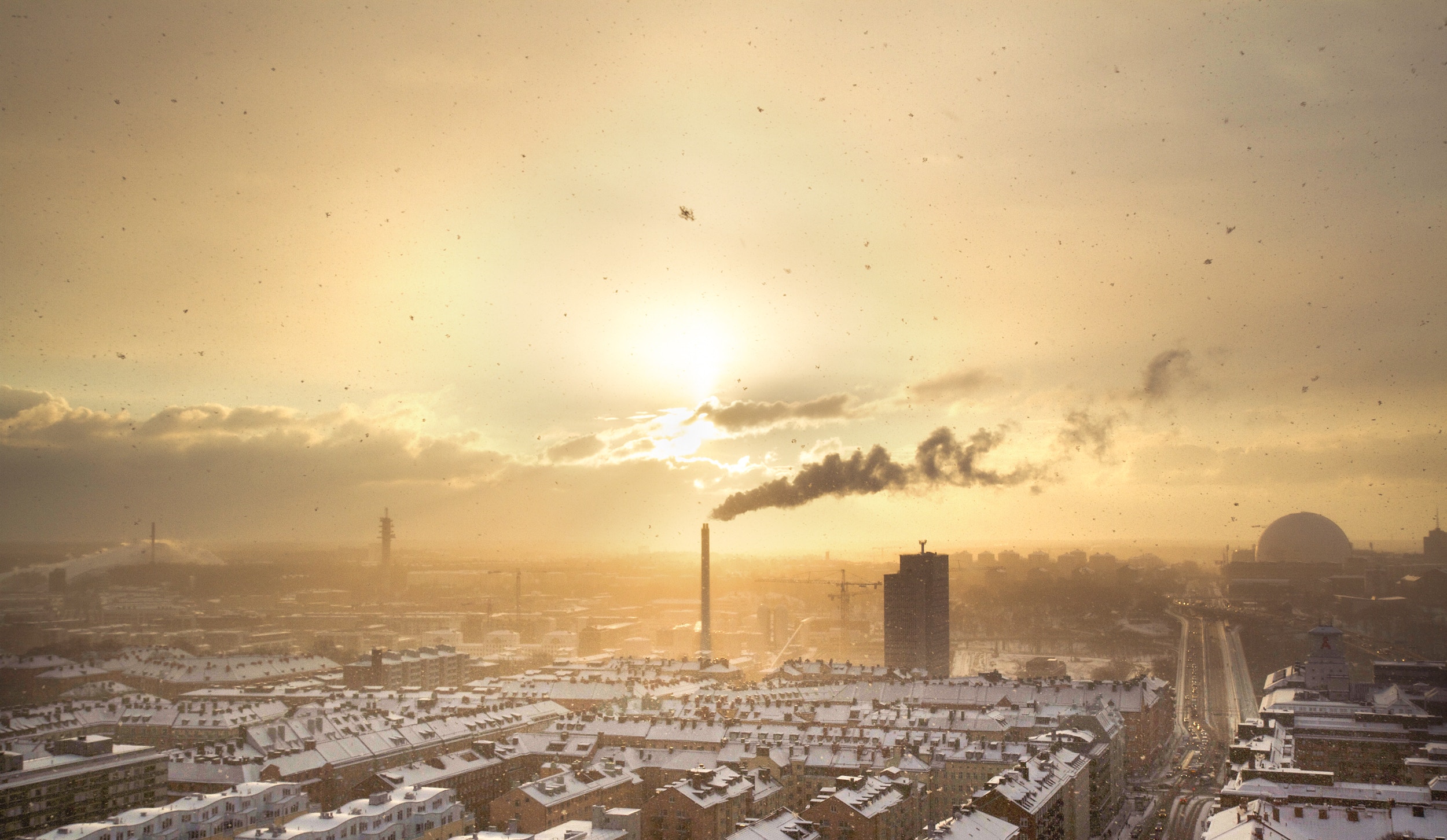 “In an interview with Yale Environment 360, Norwegian climate scientist Bjørn H. Samset talks about the results of his team’s recent research showing that aerosols linked to human activities cool the planet far more than previously believed.

Pollution particles emitted by diesel cars and trucks, coal-fired power plants, factories, rudimentary cook stoves, and the burning of forests are major contributors to the unhealthy pall of smog that blankets many cities and regions, particularly in the developing world. Scientists have long known that these aerosols serve to block incoming solar radiation and temporarily cool the planet, but now an international team of scientists has quantified that cooling effect, saying the earth would be 0.5 to 1.1 degree C (0.9 to 2 degrees F) warmer if that pollution were to suddenly disappear.

In an interview with Yale Environment 360, lead author Bjørn H. Samset of Norway’s Center for International Climate Research discusses the implications of this research. As countries like China make progress in reducing air pollution, regional planners should be prepared for the cleaner air to cause a jump in temperatures even above those expected under global warming scenarios. At the same time, Samset says, rising temperatures will likely lead to an increase in precipitation as more water evaporates from oceans, lakes, and rivers…”

‹ Why Are the World’s Climate Funds Ignoring Coral Reefs?