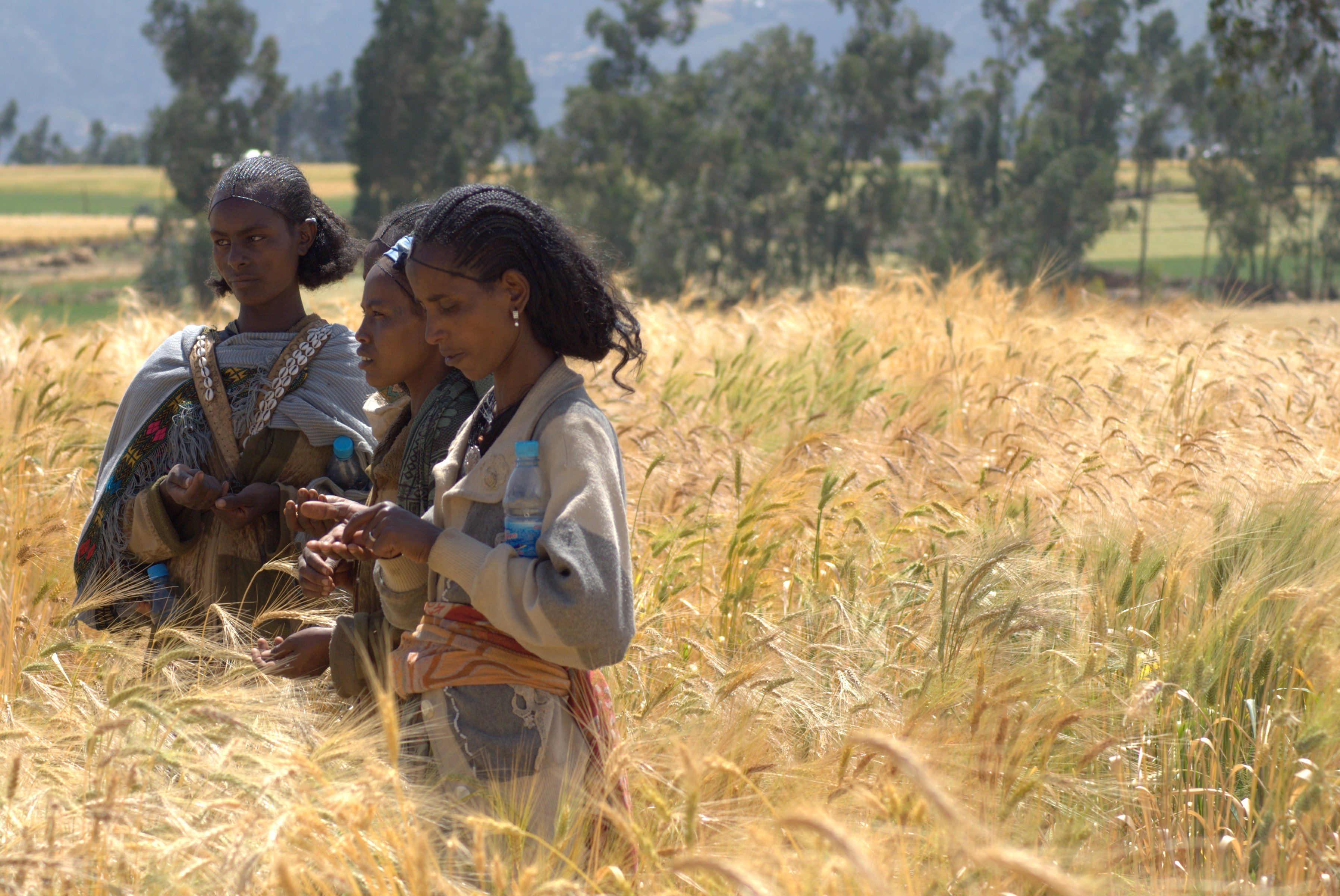 “In Ethiopia and other developing nations, scientists are working with small-scale farmers on trials to see which seed varieties perform best in changing conditions. These initiatives are enabling farmers to make smarter crop choices in the face of rising temperatures, drought, and more extreme weather.

In Ethiopia’s undulating, high-elevation grasslands, farmers — most of them working parcels of only two to three acres — produce more wheat than anywhere else in sub-Saharan Africa. They accomplish this feat in the face of chronically short supplies of high-quality seed. Still, Ethiopia’s record harvest of 4.6 million metric tons in 2017 didn’t satisfy the country’s needs, forcing it to import an additional 1.5 million tons of wheat.

Despite Ethiopia’s diverse landscape and resulting microclimates, the Wheat Atlas— the master list of modern variety recommendations — advises farmers to use one of three commercial varieties. Recently, however, a blind trial of different durum wheat varieties carried out on roughly 1,000 farmers’ fields unearthed several farmer-bred varieties from the Ethiopian national gene bank that proved superior to the Wheat Atlas recommendations. One variety — known by its gene bank identification number, 208279 — emerged as a superior choice for colder locations in the country’s highlands.

“The analysis revealed a surprise — the importance of cold adaptation,” says the trial’s architect, Jacob van Etten, a senior scientist at Bioversity International, an agricultural research organization. Many durum wheat varieties are cold-sensitive, but 208279, collected originally from Ethiopia’s Oromia region at an altitude of nearly 10,000 feet, was adapted to low nighttime temperatures during early growth…”