Death By A Thousand Cuts: Documentary Charts the Dangers of Deforestation and Resource Inequality 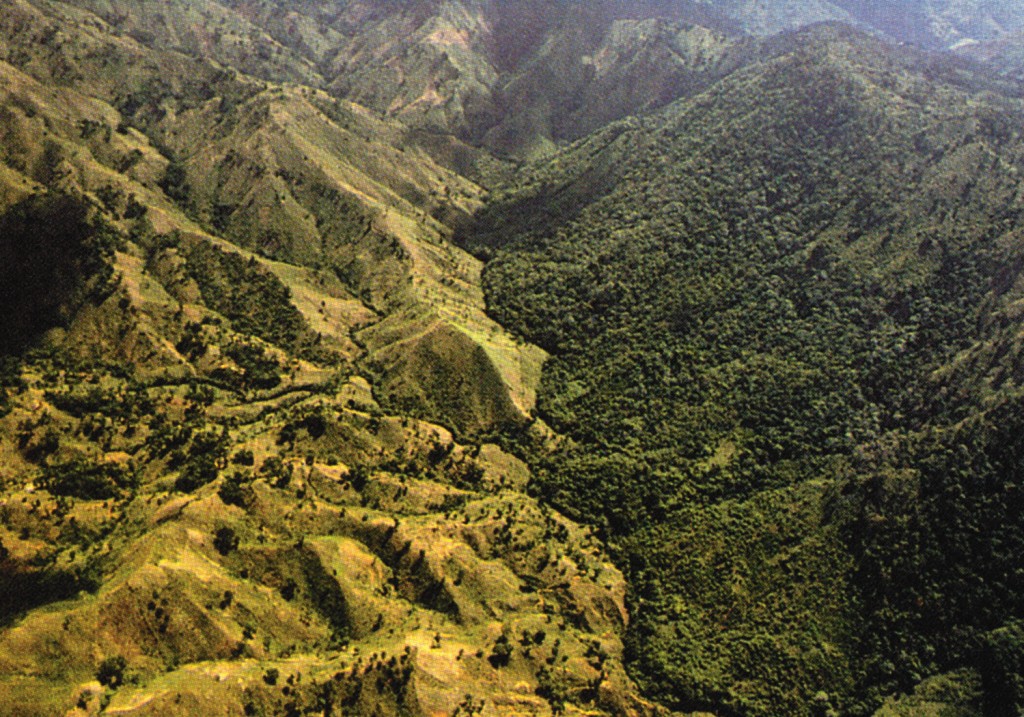 Film explores how the contrasting fate of forests in Haiti and the Dominican Republic has exacerbated conflict, xenophobia, poverty and even murder.

“In January 2012, park ranger Eligio Eloy Varga was hacked to death by a machete near the border of Haiti and the Dominican Republic. This incident, still unsolved, kicks off the new documentary thriller, Death by A Thousand Cuts. Airing in the Raindance film festival in London on 1 October, the film explores how the fate of forests in two neighbouring countries has exacerbated social conflict, xenophobia, poverty, and even resulted in multiple murders.

“[Haiti and the Dominican Republic] share the island of Hispaniola, but have starkly different trajectories, in large part, related to how they have managed their natural resources,” said Jake Kheel, co-director of the documentary, which won the Jury’s best documentary prize at the Seattle film festival.

The border between Haiti and the Dominican Republic is visible from satellite: the Dominican side is covered in thick forest while the Haitian is largely bare hills.

Over hundreds of years, Haiti has lost the vast majority of its forests to charcoal production, which even today remains the primary source for cooking fuel in the impoverished country.

Meanwhile, “the Dominican Republic, with far greater forest cover and a functioning protected area system, has become one of the strongest and most stable economies in the region and is often held as a model for natural resource protection and conservation,” said Kheel. “This inequality of resources has often lead to violent conflicts.”…”