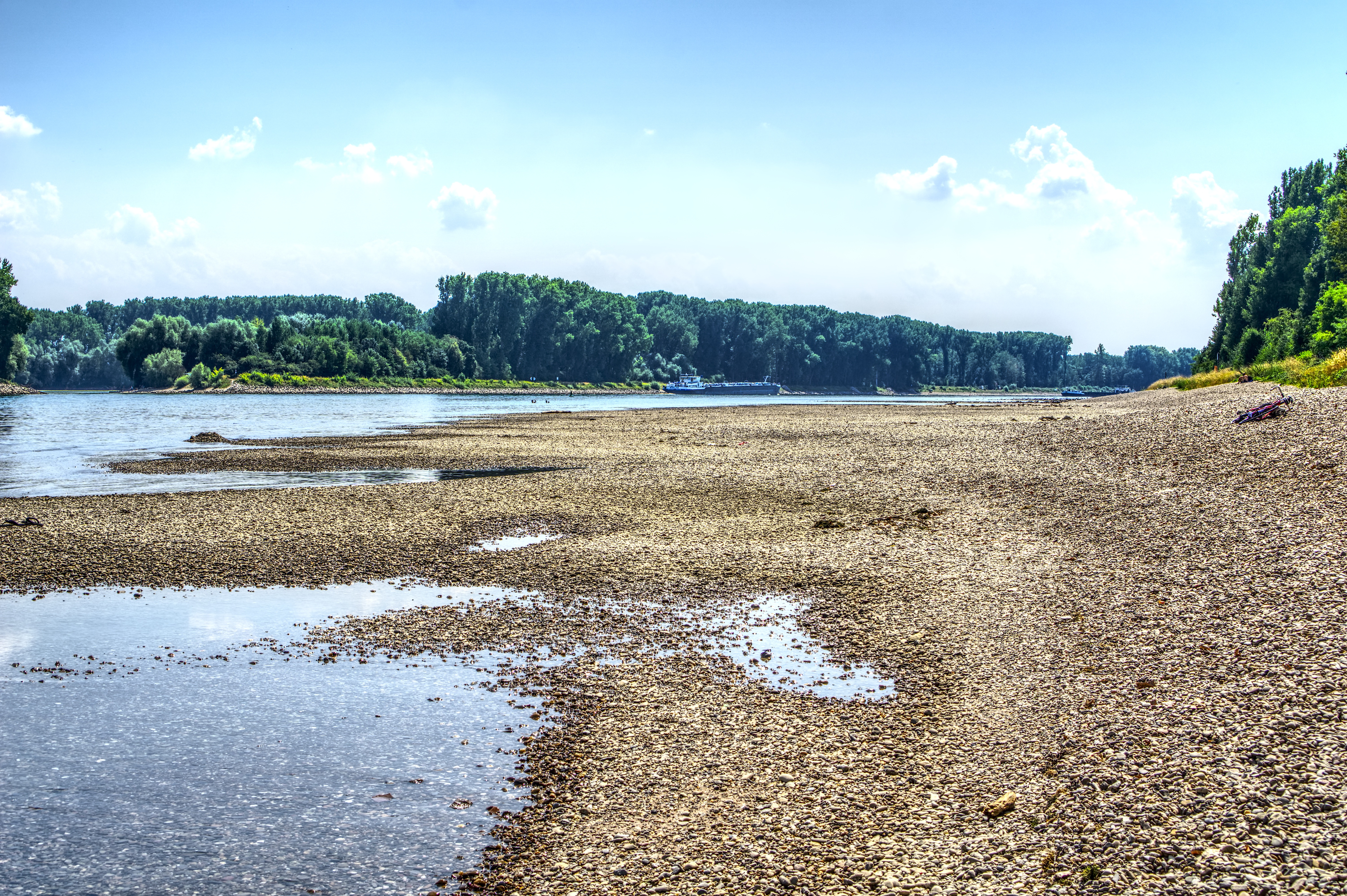 “The docks are eerily quiet at Cologne’s main port on the mighty River Rhine, with hundreds of containers piled up and awaiting their journey north on one of Europe’s busiest commercial arteries.

Months of scarce rainfall and hot sunny weather drove water levels on the Rhine to a record low, forcing ship operators to suspend services to keep vessels from running aground. “We haven’t had any new ships in Cologne since last week—they stop in Duisburg” 80 kilometres (50 miles) north, Oliver Grossmann, head of shipping company CTS, told AFP.

He said that under normal conditions, “three or four” of his big vessels would stop each day in the city known for its Gothic cathedral. The few barges still chugging along the river have had to drastically reduce their cargo to stay afloat.

…The drying-up of large swathes of the Rhine marks a heavy blow to the German economy. In 2017, 186 million tonnes of goods were transported between Basel in Switzerland and the German-Dutch border—amounting to around half of European river shipping, according to the Strasbourg-based Central Commission for Navigation on the Rhine.

But since the dry spell began, industrial giant Thyssenkrupp has had to cut back production at its Duisburg plant “because a sufficient supply of raw material cannot be assured”, a company spokesman said. Chemicals giant BASF said it had “adapted” production due to “limited deliveries” to its Ludwigshafen factory, also on the Rhine…”