Ecosystem-Based Adaptation: A Win–Win Formula for Sustainability in a Warming World? 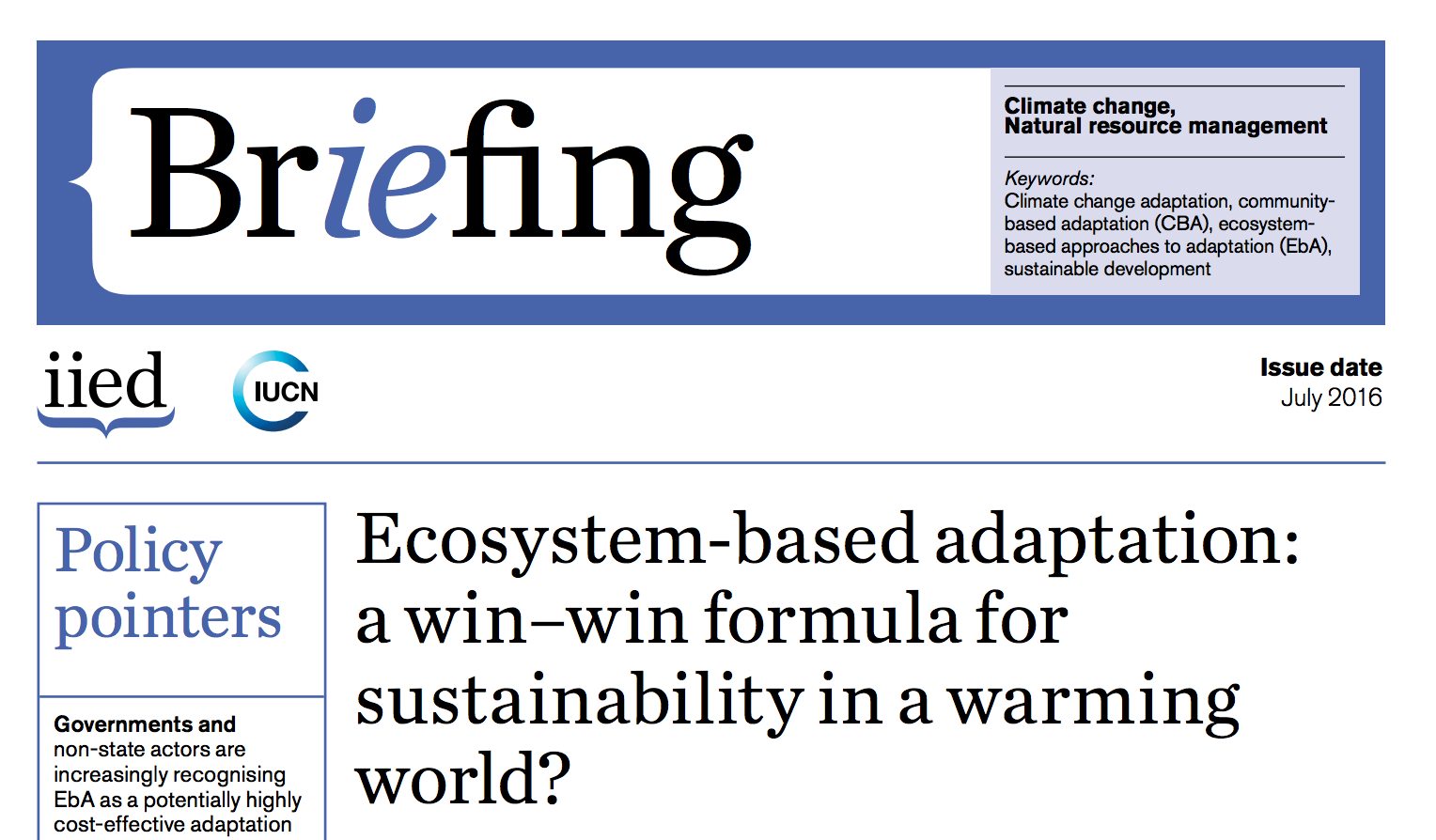 Many national and international environmental agreements acknowledge that the impoverishment of ecosystems is limiting the world’s capacity to adapt to climate change and that ecosystem-based adaptation (EbA) approaches should be harnessed as a priority. EbA has the potential to increase adaptive capacity and social and ecological resilience to climate change in both developed and developing countries. Whilst only 23 of the 162 Intended Nationally Determined Contributions (covering 189 countries) submitted to the United Nations refer explicitly to EbA, 109 indicate ecosystem-orientated visions for adaptation. These, however, rarely translate into robust targets or involve local communities. This briefing highlights actions that need to be taken to increase the uptake of EbA in national action plans and ensure its proper implementation.

This briefing was updated in September 2016.

How Urban Trees Can Save Lives ›