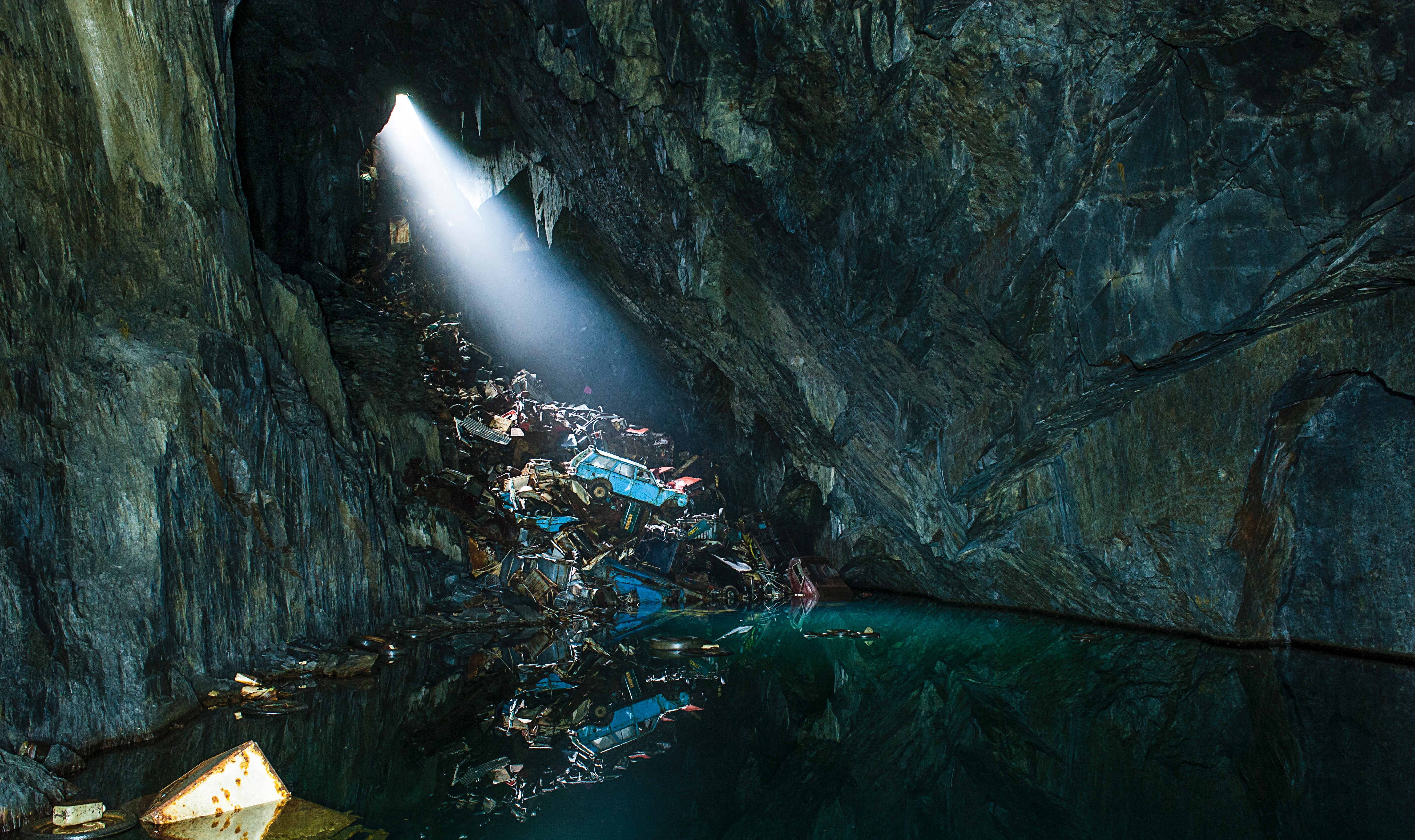 “As 2018 starts with waves of extreme weather across the planet, it seems uncomfortably appropriate that environmental issues have once again dominated the list of the most urgent risks identified in the World Economic Forum’s annual assessment of global risks.

The upper right quadrant of this chart from the Global Risks Report 2018 identifies the most dangerous threats to human well-being and safety – these are the risks perceived as being most likely to occur and as having the biggest impact on humans. For the first time, all of the environment-related risks surveyed fall in this quadrant. 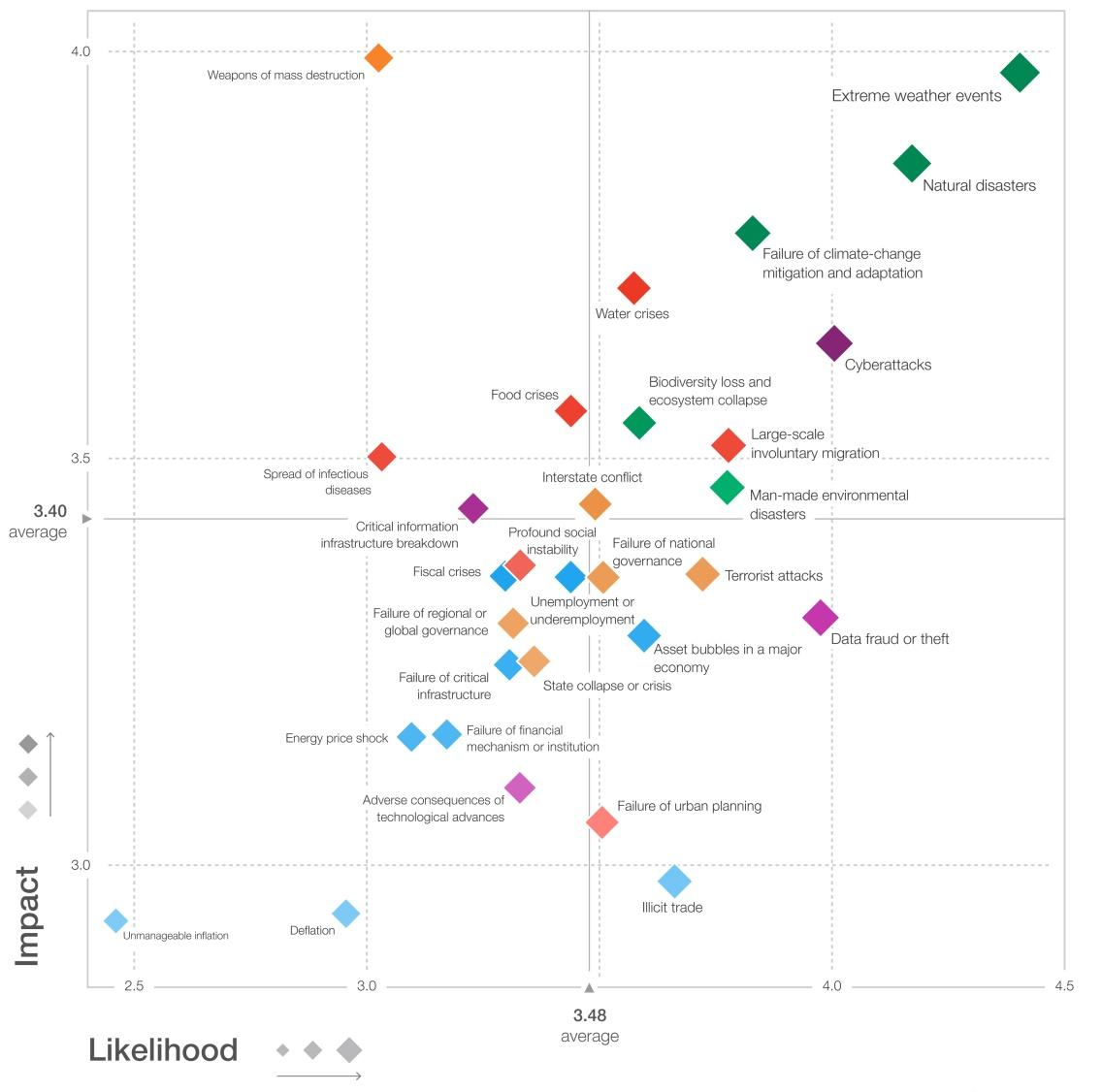 Of course, mainstream awareness of the seriousness of environment-related risks is not new. For the past eight years, risks such as extreme weather, climate change, water crises and major biodiversity loss and ecosystem collapse have increasingly featured in the report’s lists of top risks. 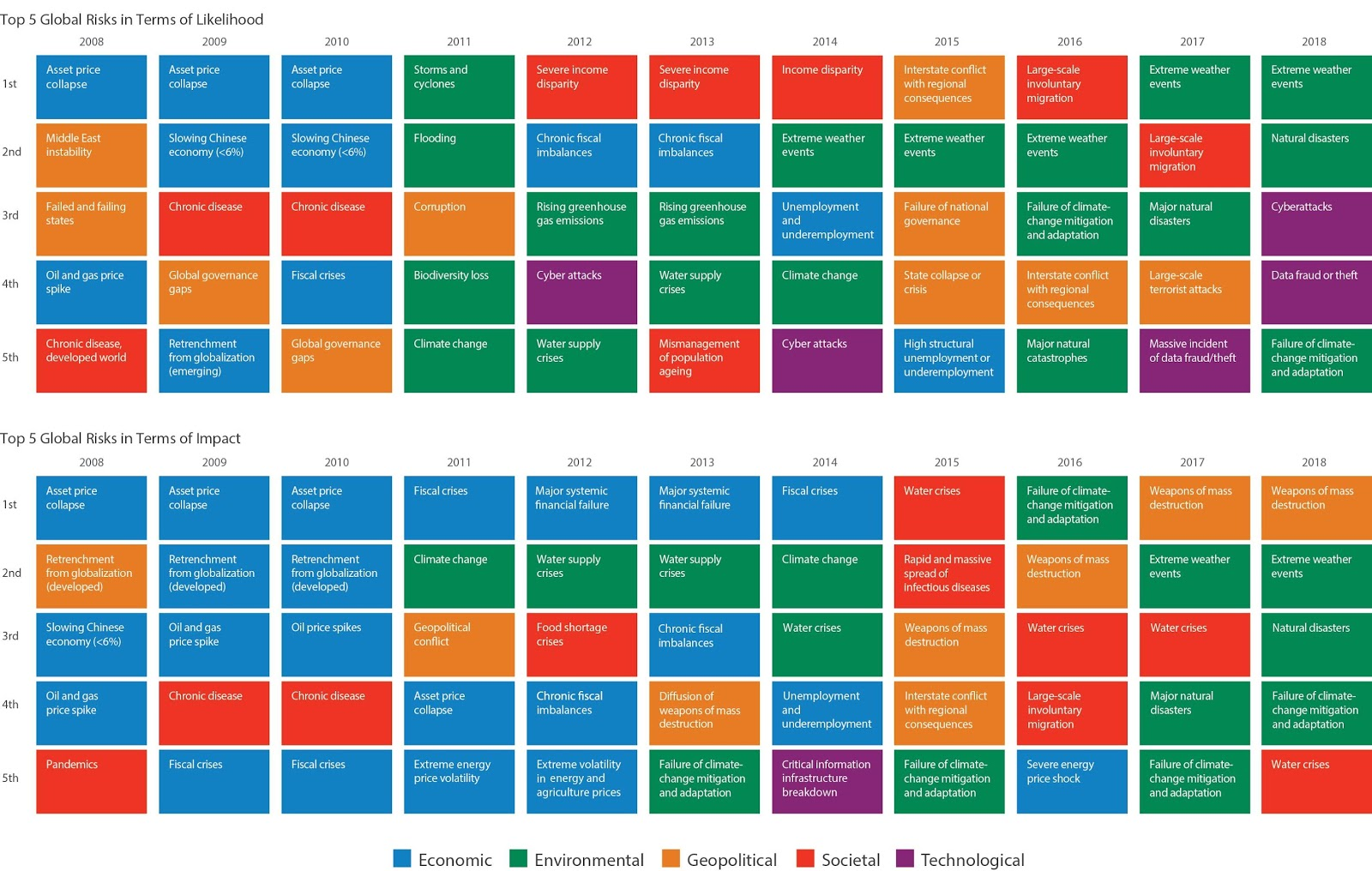 This time, however, the threat is personal.

Environmental pollution is no longer just a global externality – to be dealt with by someone else at some other time. We are now internalizing environmental risks within our own bodies, often unwittingly and even in the richest countries in the world.

For example, every year, around 8 million tonnes of plastic is added to the world’s oceans, where it is ingested by fish, birds, turtles and other marine life. It accumulates in the food chain and is now finding its way into humans.

It now pervades both saltwater and freshwater resources. One study found that seafood eaters could be ingesting up to 11,000 pieces of microplastic every year. Another found microplastic in 83% of tap water samples around the world and 94% of samples in the US – on average 4.8 fibres per 500 millilitres.

In addition to plastics, humans on every continent have ingested pesticide residues from honey, while many in cities are breathing toxic air. More than 90%of the world’s population live in areas with unsafe levels of air pollution. Doctors in Delhi, declared a public health emergency in November as air pollution exceeded 30 times the World Health Organization’s (WHO) recommended safe limits…”

2017’s Natural Disasters To Cost Hundreds of Billions of Dollars for U.S. Alone ›