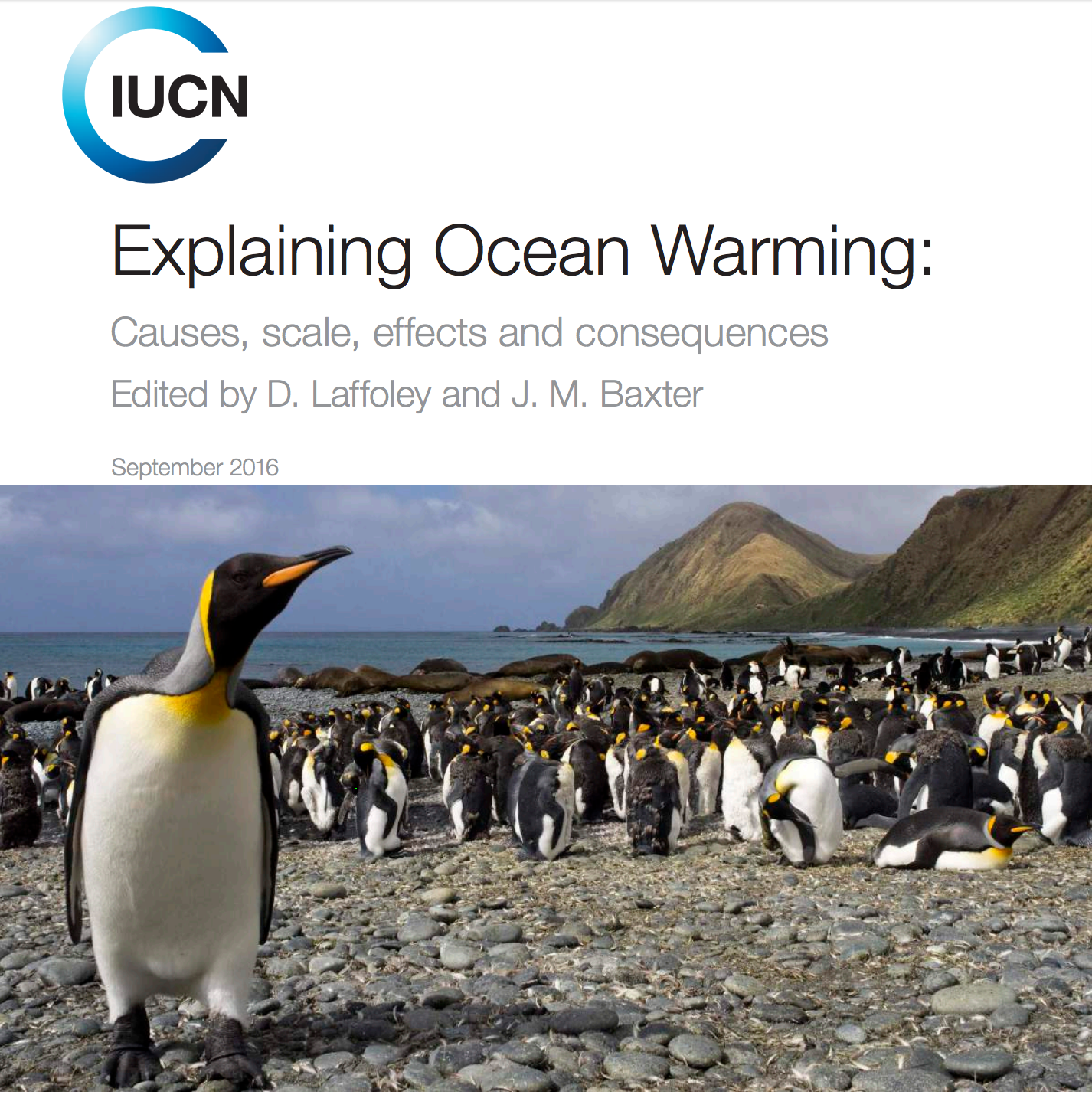 The scale of ocean warming is truly staggering with the numbers so large that it is difficult for most people to comprehend.

Ocean warming may well turn out to be the greatest hidden challenge of our generation. Whilst some may be aware of the implications of a warming ocean for coral reefs, few know about the many other consequences for the ocean. In 1956 the influential meteorologist Carl Gustav Rossby, now considered by some as the ‘father’ of ocean warming, speculated that over the course of a few centuries vast amounts of heat might be buried in the oceans or emerge, perhaps greatly affecting the planet’s climate. He warned that “Tampering can be dangerous. Nature can be vengeful. We should have a great deal of respect for the planet on which we live”. His theory has been borne out as the consequences of increasing human activities have indeed injected vast quantities of heat into the ocean, shielding humanity on land, in so doing, from the worst effects of climate change. This regulating function, however, happens at the cost of profound alterations to the ocean’s physics and chemistry that lead especially to ocean warming and acidification, and consequently sea-level rise.

• Sea surface temperature, ocean heat content, sea level rise, melting of glaciers and ice sheets, CO2 emissions and atmospheric concentrations are increasing at an accelerating rate with significant consequences for humanity and the marine species and ecosystems of the ocean.

• There is likely to be an increase in mean global ocean temperature of 1-4o C by 2100. The greatest ocean warming overall is occurring in the Southern Hemisphere and is contributing to the subsurface melting of Antarctic ice shelves. Since the 1990s the atmosphere in the polar regions has been warming at about twice the average rate of global warming.

• There is likely to be Arctic warming and ice loss, and possibly the essential removal, in some years, of the summer Arctic sea ice within the next few decades. In the Antarctic the extent of the sea ice has been growing at a rate of ~1.3% per decade, although there is strong inter-annual variability.

• Over the last 20 years there has been an intensification and distinct change in the El Niño events, with a shift of the mean location of sea surface temperature anomalies towards the central Pacific.

• Currently 2.5 Gt of frozen methane hydrate are stored in the seafloor at water depths of 200 – 2000 m. Increasing water temperature could release this source of carbon into the ocean and ultimately into the atmosphere.

Marked biological manifestations of the impacts from ocean warming and other stressors in the ocean have taken the form of changes in biogeographical, phenological, biodiversity, community size, and species abundance as well as ecological regime shifts. Such shifts often interfere, or are predicted to interfere, with the benefits we expect from the ocean. More precise interactions, such as the relative importance of direct physiological effects and indirect effects through other abiotic pathways, and species interactions remain largely unknown. The problem is that we know ocean warming is driving change in the ocean – this is well documented – but the consequences of these changes decades down the line are far from clear.

Whilst rising CO2 levels and increasing warming can occasionally have positive effects, the overwhelming evidence and predictions shown in this report are for a cocktail of negative effects, which we are only just starting to understand, but about which we know enough to be very concerned. The warming signs are clear to see,not only the current prevalence of bleaching of coral reefs around the world, but the increasing confidence of predictions that all coral reefs will be so affected by 2050, unless we change our ways, and quickly. Ocean warming and climate change are ultimately contributing to global homogenization of biodiversity, as vulnerable species become extinct and “non-native” species from different biogeographic regions spread, overlap, and become established across the world’s ocean.

All these changes and predictions for the future matter from moral, social, ecological and economic perspectives. The value of our relationship with the ocean sometimes seems difficult to cost, but is the ultimate relationship that enables life to exist on Earth. Where it is quantified it runs to trillions of dollars a year, directly and indirectly affecting many of the benefits we have so far taken for granted. The greatest losses will likely fall upon those people who rely upon the ocean for day-to-day subsistence – typically the poorest coastal nations. With issues of such importance at stake we need to vastly improve the science and knowledge available as we move forward into an increasingly compromised ocean world. This is a common conclusion by many scientists who have contributed to this report.

Spatial and Temporal Dynamics and Value of Nature-Based Recreation, Estimated via Social Media ›