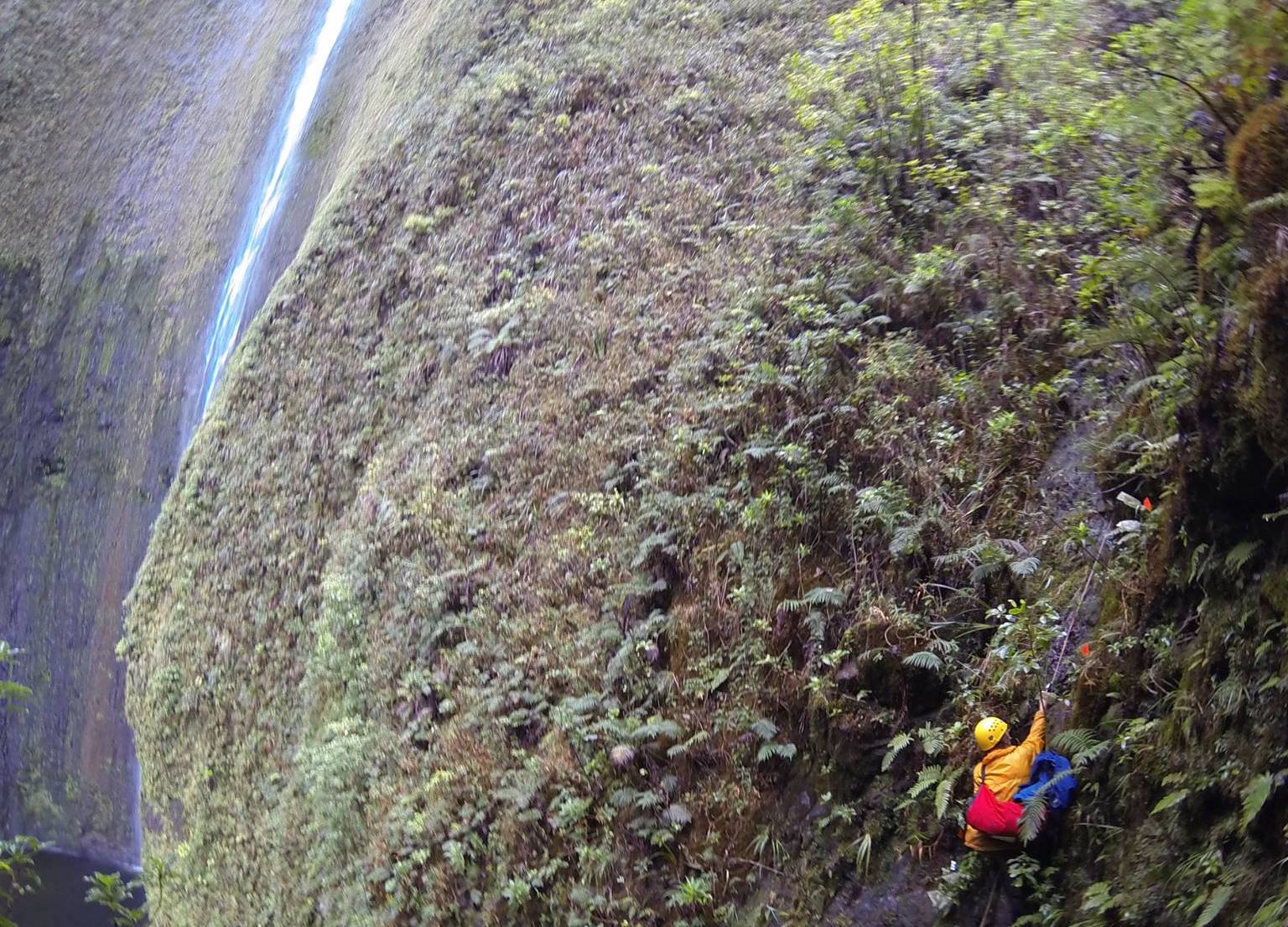 “They don’t make the headlines the way charismatic animals such as rhinos and elephants do. But there are thousands of critically endangered plants in the world, and a determined group of botanists are ready to go to great lengths to save them.

To save plants that can no longer survive on their own, Steve Perlman has bushwhacked through remote valleys, dangled from helicopters, and teetered on the edge of towering sea cliffs. Watching a video of the self-described “extreme botanist” in actio­­n is not for the faint-hearted. “Each time I make this journey I’m aware that nature can turn on me,” Perlman says in the video as he battles ocean swells in a kayak to reach the few remaining members of a critically endangered species on a rugged, isolated stretch of Hawaiian coastline. “The ocean could suddenly rise up and dash me against the rocks like a piece of driftwood.”

When he arrives at his destination, Perlman starts hauling himself up an impossibly steep, razor-sharp cliff 3,000 feet above the sea without a rope, his fingers sending chunks of rock tumbling down to the waters below. Finally, he reaches the plants and painstakingly transfers pollen from the flowers of one to those of another to ensure that the species can perpetuate itself. At the end of the season, he will return to collect any seeds they were able to produce.

Among the plants for which Perlman, a rock-star botanist with the University of Hawaii’s Plant Extinction Prevention Program, has repeatedly risked his life is Brighamia insignis, better known as cabbage-on-a-stick. One of the strangest-looking species in the Hawaiian flora, with a thick, swollen stem crowned by a rosette of fleshy leaves resembling a head of cabbage, it typically reaches 3 to 6 feet high but has been known to grow up to 16 feet tall. The plant once dotted seaside precipices on two Hawaiian islands, including the spectacular fluted cliffs of Kauai’s Nā Pali coast. But feral goats, rats, and invasive weeds brought to the islands by Polynesians and, later, Europeans decimated the species. What’s more, by the 1970s scientists had come to suspect that it had lost the large moth that they believe once fertilized its fragrant, creamy yellow, trumpet-shaped flowers. Without its pollinator, the plant was unable to produce seeds and its future in the wild was doomed. Had Perlman not come to the rescue, the plant would have faced almost certain extinction…”

‹ Cultural Heritage Has A Lot To Teach Us About Climate Change