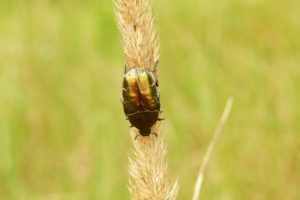 “The “fates of humans and insects are intertwined”, scientists have said, with the huge declines reported in some places only the “tip of the iceberg”.

The warning has been issued by 25 experts from around the world, who acknowledge that little is known about most of the estimated 5.5 million insect species. However, enough was understood to warrant immediate action, they said, because waiting for better data would risk irreversible damage.

…“The current [insect] extinction crisis is deeply worrisome. Yet, what we know is only the tip of the iceberg,” the scientists write. “We know enough to act immediately. Solutions are now available – we must act upon them.”

“Insect declines lead to the loss of essential, irreplaceable services to humanity. Human activity is responsible for almost all current insect population declines and extinctions.”

…Matt Shardlow, the chief executive of the conservation group Buglife, said a key report in 2016 told world governments that declines in wild pollinators presented risks to societies and ecosystems.

“However, in a repeat of the failure of politicians to respond to scientific warnings about climate change, the cautious, scientific language used has not produced an appropriate response from governments,” he said.

“Scientists are now turning up the heat on insect declines in the hope that politicians will understand the urgency and the link to human survival, and will take action before it is too late.”…”

We Have a Chance to Halt Biodiversity Loss. The Stakes Have Never Been Higher ›