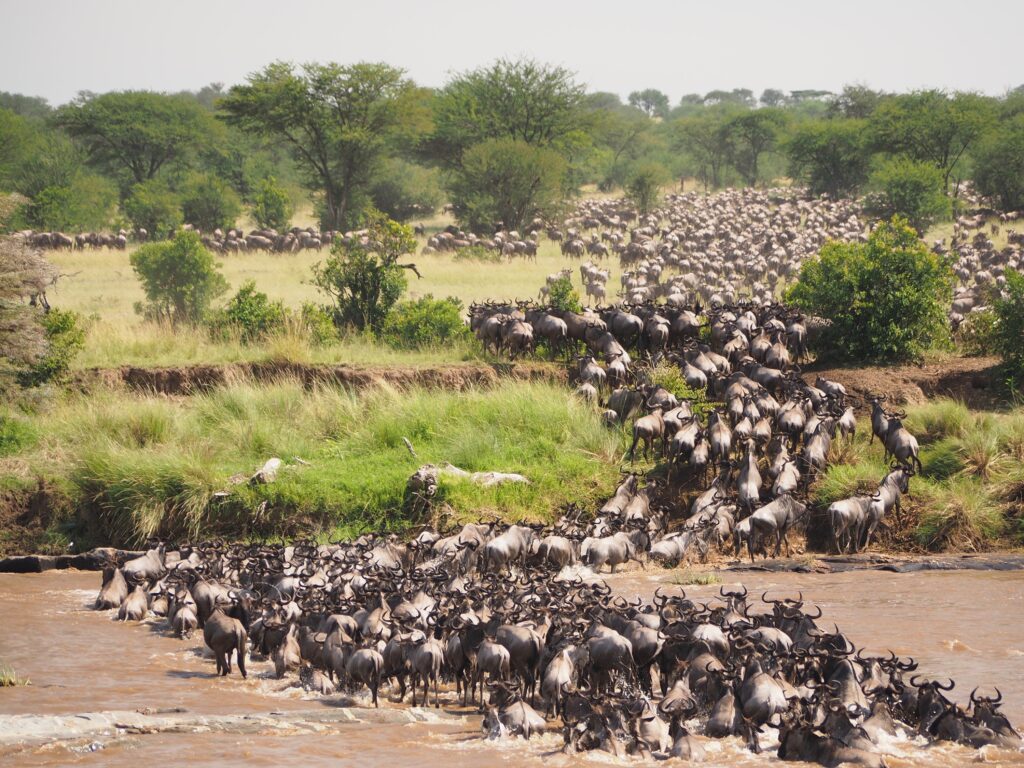 “Fish are being driven to extinction in the Mara River basin, putting the livelihoods of more than a million people in Kenya and Tanzania in jeopardy, according to WWF.

A report by the wildlife NGO details how farming, deforestation, mining, illegal fishing and invasive species could sound a death knell for the transboundary river.

At least 10 species – equivalent to 2% of total species – are on the International Union for Conservation of Nature list of threatened species. Three – the ningu, singida and Victoria tilapia – are “critically endangered”, threatened by the introduction of non-native fish such as the Nile perch.

…William Ojwang, WWF manager in charge of the African Rift lakes, said the health of the Mara River system was an indicator of how well the rest of the ecosystem is faring. “When something goes wrong with the environment, it is the small species in the water that get affected first. Therefore, driving such water biodiversity to the brink will have a cascading negative effect on the rest of the ecosystem,” says Ojwang.”

‹ Using Six Conceptualizations of Capital to Help Achieve the SDGs