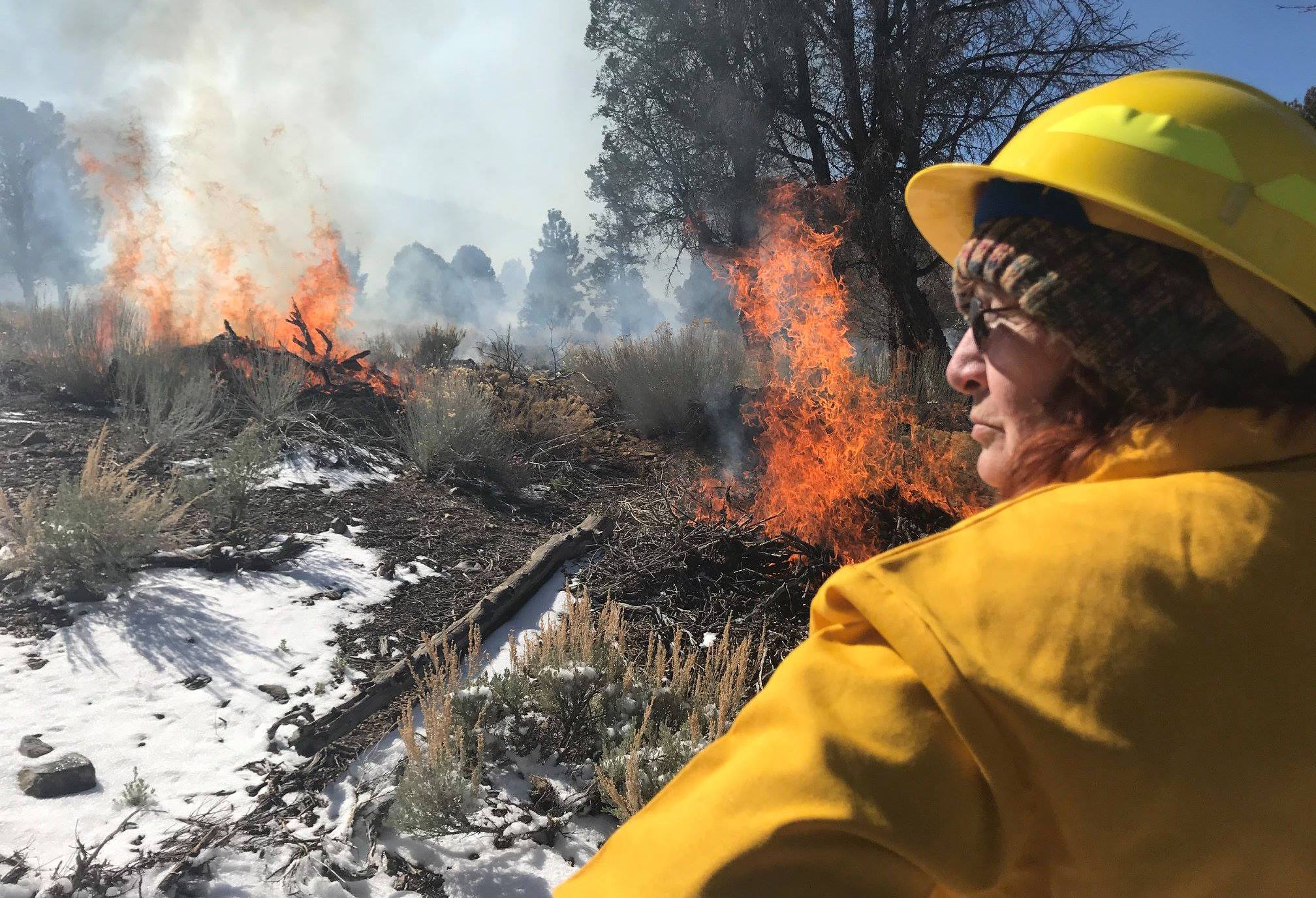 “A century of fire suppression and historic drought have combined to kill 129 million trees and counting in California’s forests. As wildfires rage across the state, managers are increasingly setting fires to burn the dead timber and ward off catastrophe.

…In the Sierra Nevada, a 400-mile range of tilted granite along the state border with Nevada, entire mountainsides have turned red and gray with the dying needles of ghostly, water-starved trees. Left alone, the dead trees now standing will rot and fall, tumbling one on top of another like piles of gigantic pick-up sticks. Scientists say this tangled mass of timber represents a fire hazard of unprecedented size and intensity.

With the Sierra’s zombie-like trees ready to start dropping, land managers are racing to remove the dead wood before it ignites or crashes onto houses or roadways. More than a million trees have so far been felled, overwhelming sawmills and biomass plants. But an estimated 127 million and counting remain, threatening the region with fires of such ferocity that some scientists have compared the potential heat to World War II firestorms at Dresden and Tokyo.

A century of fire suppression has produced too many trees — in some places five times the historic number, explained Malcolm North, a U.S. Forest Service scientist with the Pacific Southwest Research Station. And too little precipitation during the state’s five-year drought, which ended in 2017, has left these trees weak and vulnerable. The combination has been deadly, he said. “We just have too many straws in the ground for a very limited amount of water.”…”