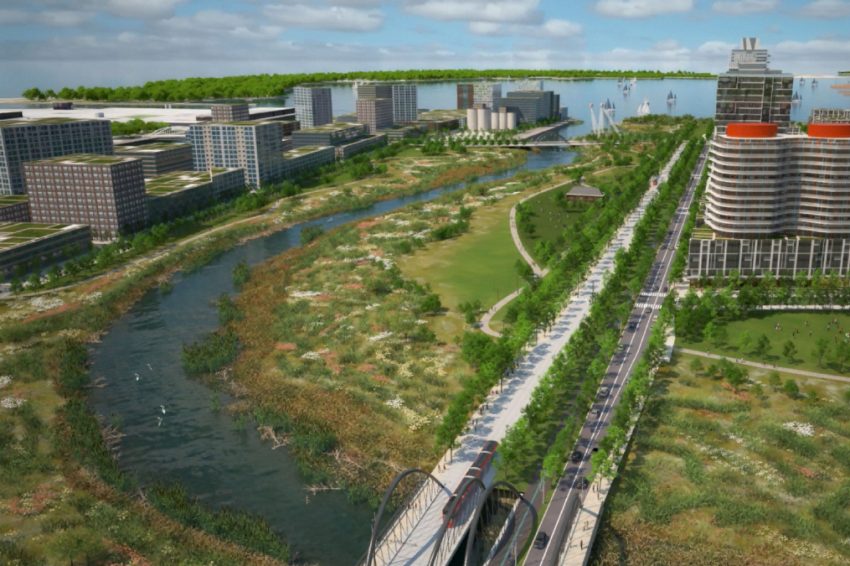 The new “naturalized” river mouth will remove flood risk from 240 hectares of land and create more than a kilometre of new river channel, according to Waterfront Toronto.

“Ottawa, the province and Toronto will spend more than $83 million on initial efforts to protect the Port Lands from flooding and get the ball rolling on a massive redevelopment, the Star has learned.

The federal government is kicking in $32.5 million, while the province and city are each providing $16.3 million to remake the area around the old Essroc quay, seen as a critical step to a long-awaited “naturalization” of the mouth of the Don River. They’ll announce a total of $18 million for other flood-protection measures.

Officials concede it’s a drop in the bucket of the estimated $975-million cost of flood-proofing more than 700 acres of southeastern downtown waterfront. There are plans to reroute the Don, clean polluted soil, create new parks and unlock a swath of land, including the old Unilever plant site, for redevelopment, including a SmartTrack stop…”

Read on at: The Star.