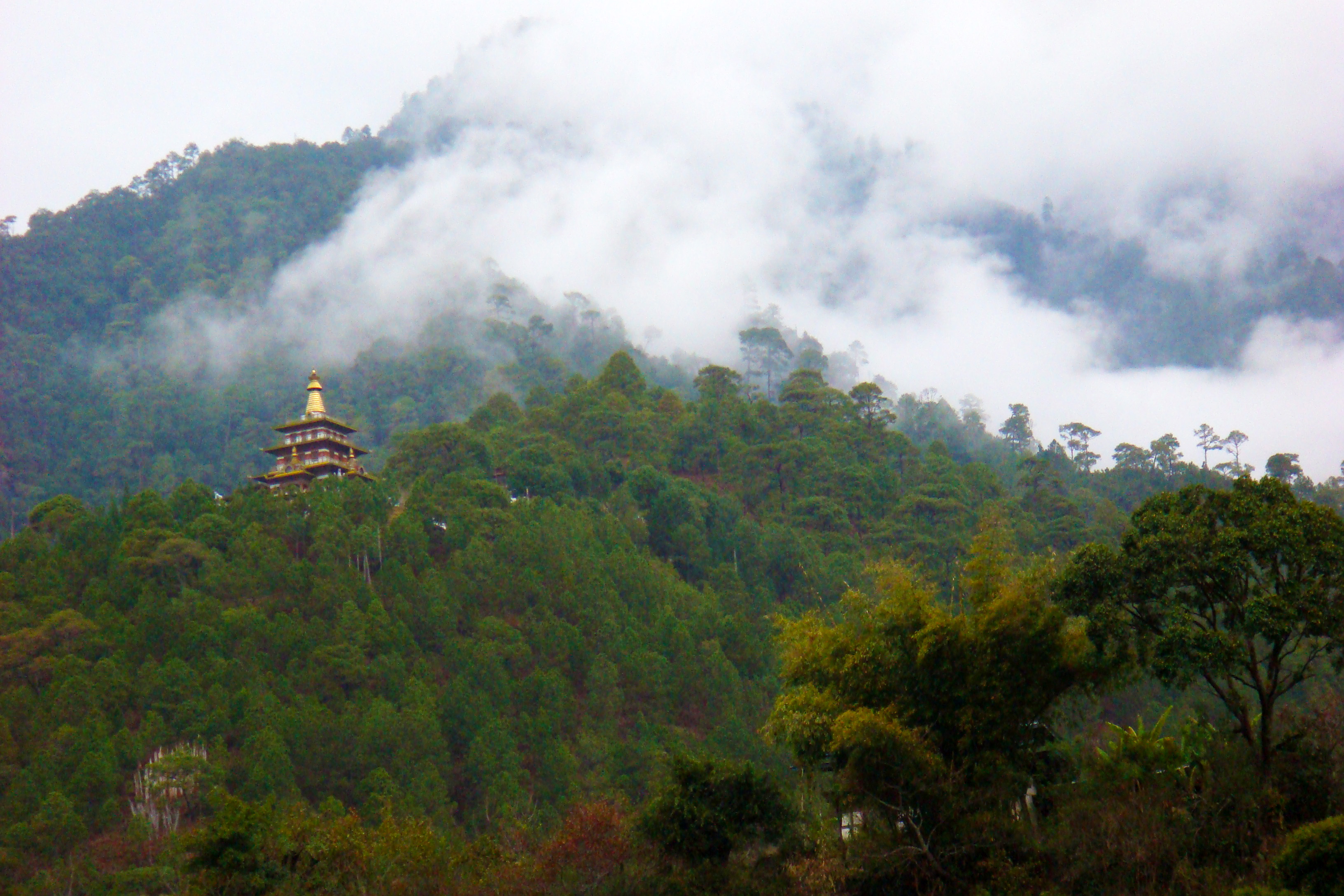 This paper was originally published in Center for International Forestry Research.

“In the eastern Himalayan Kingdom of Bhutan, culture, society, economy and environment are linked in the development framework of Gross National Happiness (GNH). In this literature review, we highlight the relationships between forests and Bhutans development framework and current priorities, identifying plausible causal pathways. Due to the mountainous nature of this country, our particular interest is in the impacts of upstream forest activity on downstream stakeholders.

Our hypothetical framework identifies specific causal pathways between forests and the four pillars of GNH (environmental conservation, cultural preservation, equitable socioeconomic development and good governance), and evidence was sought in the published literature to test the hypothesis. While conceptual support for many linkages between forests and each of the pillars was found in the literature, evidential support specifically for Bhutan is limited.

The strongest evidence is found for the role of forests in socioeconomic development and good governance, particularly through the community forestry program. To develop incentive programs for forest conservation and restoration, such as payment for ecosystem services and pay-for-performance donor funding, the evidence base needs to be expanded for causal pathways between upstream forest condition and downstream security, particularly for services such as water regulation. The evidence should inform public policy and forest management strategies and practices…”

Read on and access the full paper at: Center for International Forestry Research

Integrated Reporting as an Internal Mechanism for Organisational Change ›