From High Above, A New Way of Seeing Our Urban Planet 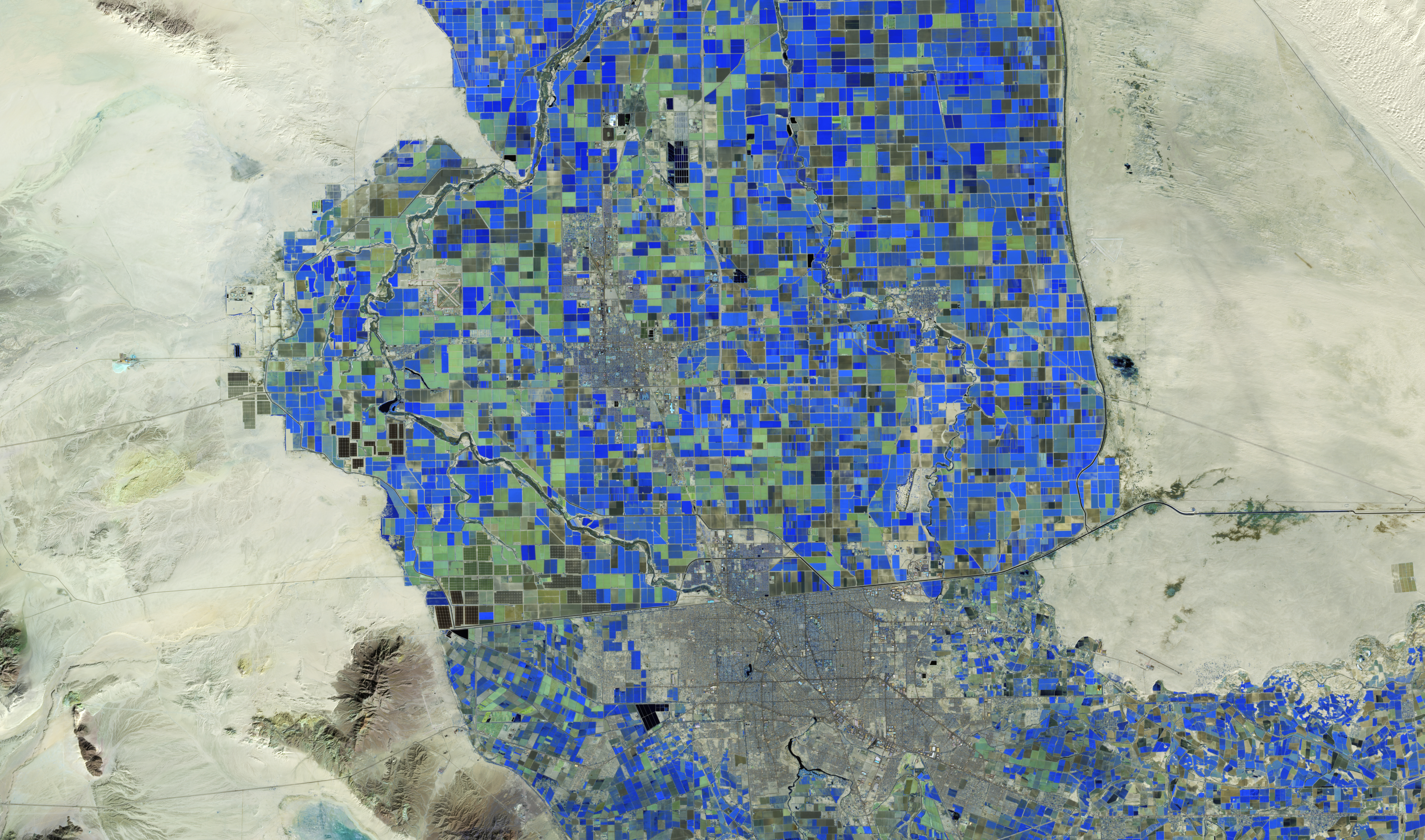 “The world’s cities are expected to grow by another 2.5 billion people by 2050. A new collection of satellite images starkly illustrates the sheer size and imprint of the world’s urban centers and their vulnerability in the face of population growth and climate change.

Driven by rapid economic expansion and global trade, the world’s urban population has more than quintupled since the mid-20th century, from 751 million people in 1950 to 4.2 billion today. Centuries-old cities have pushed upward and outward to accommodate the influx of people, and entirely new megacities, home to tens of millions, have sprung up.

Nowhere can this swift urban growth be seen as vividly as from space. In their new book City Unseen, geographers Karen C. Seto and Meredith Reba, experts in urbanization and global change, offer a collection of satellite images from all seven continents that exhibit the massive imprint these cities have on the landscapes around them.

“If you look at images of Las Vegas and Lagos and Shenzhen, you see how much land it takes to house billions people, and it’s astonishing,” Seto, a professor of geography and urbanization science at the Yale School of Forestry & Environmental Studies, says. “But the impact of urbanization is not only the direct land these people live on. It’s all these other non-urban places where we need to extract resources to house and electrify, to operate these cities. That’s part of the story too.”…”