G20 Sounds Alarm Over Climate Emergency Despite US Objections 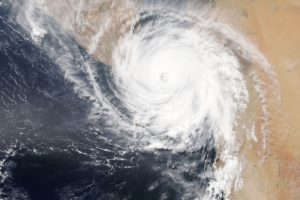 “Overcoming objections from Donald Trump’s US administration, G20 finance ministers and central bank governors meeting in Saudi Arabia over the weekend agreed to issue their first ever communique with references to climate change, according to reports from Reuters.

Sources told the news agency that the statement of priorities included the importance of examining the implications of global heating for financial stability, as part of the work of the G20’s Financial stability Board, the steering group for international banking industry rules.

…Concerns about the economic damage from rising global temperatures and extreme weather events have risen up the agenda among world leaders, central bankers and financiers in recent years. The financial system continues to fund activities that are inconsistent with meeting climate targets, paving the way for trillions of pounds of financial losses in the future and catastrophic environmental consequences should the world economy fail to adapt.”