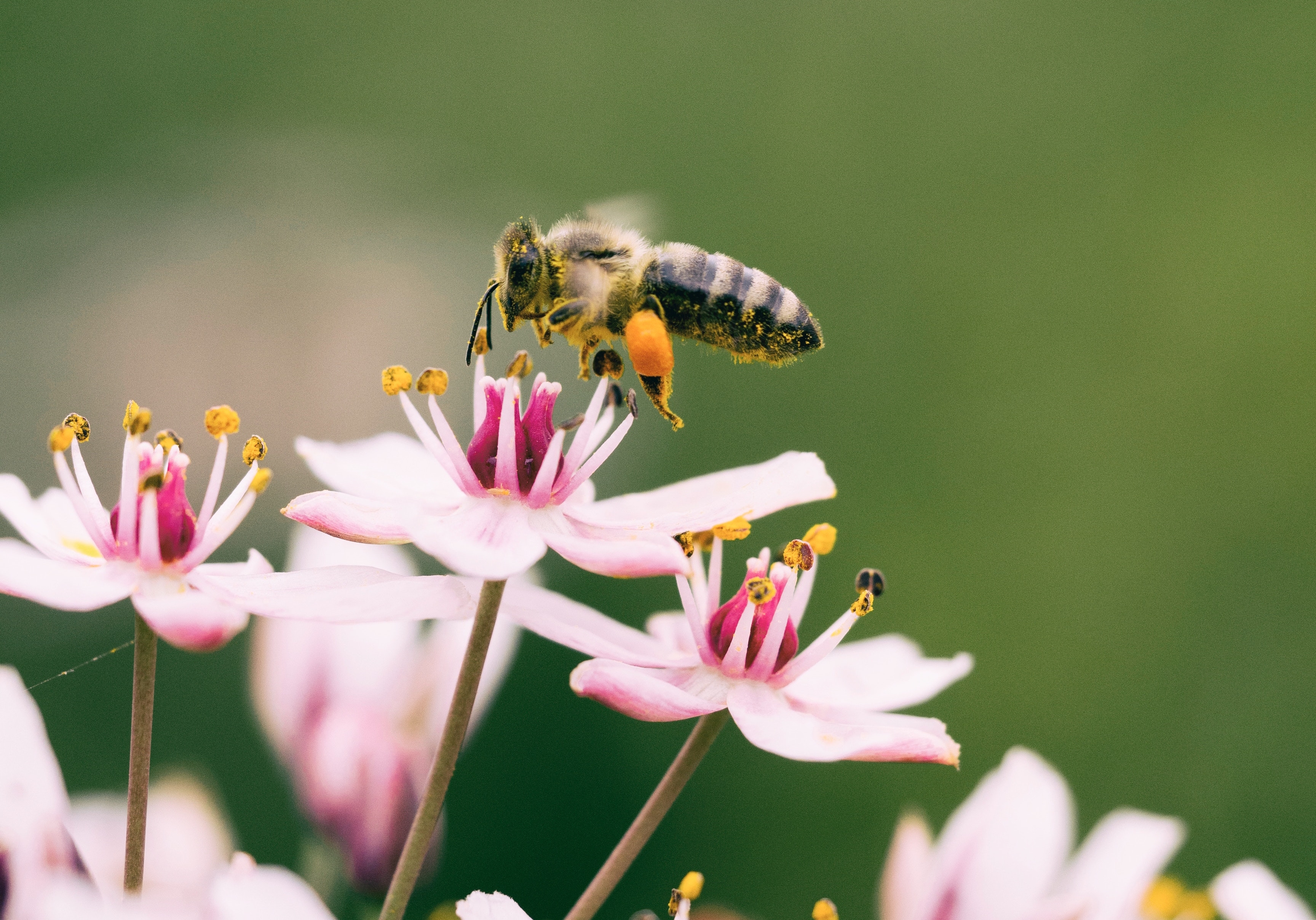 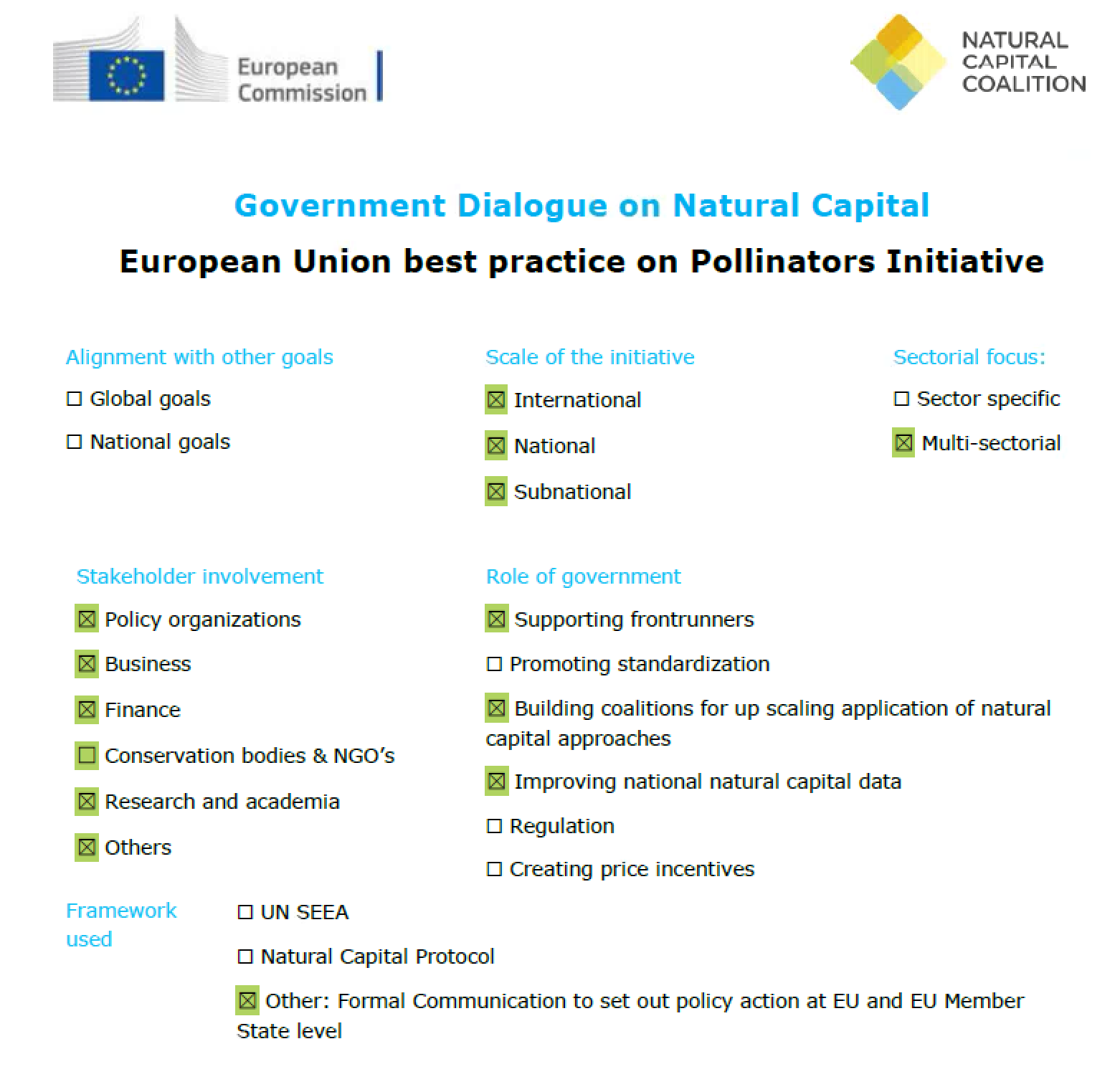 This new initiative on pollinators is the Commission’s response to calls by the European Parliament and Member States for action to protect pollinators and their habitats and to mitigate their decline.

In recent years, public attention has been drawn to the plight of honeybee populations, which have seen losses in the European Union and around the world. Behind this highly publicized phenomenon is a problem of a much larger scale, namely the dramatic decline in the occurrence and diversity of all kinds of European wild insect pollinators, including wild bees, hoverflies, butterflies and moths. Numerous pollinator species are extinct or threatened with extinction.

This is a serious cause for concern because pollinators are an integral part of healthy ecosystems. Without them, many plant species would decline and eventually disappear along with the organisms that depend on them, which would have serious ecological, social and economic implications. Pollinator-dependent crops rely on animal pollination to varying degrees. It is estimated that 5–8 % of current global crop production is directly attributed to animal pollination. In the European Union alone, around 84 % of crop species and 78 % of wild flower species depend, at least in part, on animal pollination. Up to almost EUR 15 billion of the EU’s annual agricultural output is directly attributed to insect pollinators.

The first global report on pollinators issued by the Intergovernmental Science-Policy Platform on Biodiversity and Ecosystem Services names land-use change, intensive agricultural management and pesticide use, environmental pollution, invasive alien species, pathogens and climate change as the main threats to pollinators. It also identifies significant gaps in knowledge of how these drivers work and the need for cross-sectoral action to tackle them. The Convention on Biological Diversity endorsed the findings of the report and highlighted the importance of pollinators and the ecosystem services they deliver to achieving a number of the United Nations Sustainable Development Goals.

The European Union has put in place a range of measures beneficial to pollinators, notably under environment and health policies (in particular the Birds and Habitats Directives and the European Union legislation on pesticides), as well as under the common agricultural policy, cohesion policy and research and innovation policy. There are also a number of national and regional pollinator strategies in place. However, to date there has been no single, coordinated EU action to address the decline of pollinators through an integrated approach involving different sectors and policies. The European Union and its Member States need to address the problem together.

This Communication presents strategic objectives and a set of actions to be taken by the European Union and its Member States to address the decline of pollinators in the European Union and contribute to global conservation efforts. It sets the framework for an integrated approach to the problem and a more effective use of existing tools and policies.

At this stage it is too early for a summary of the main results: only initial examples of best practice by business have been collected so far see this link. The main actions of this new initiative are pending or still ongoing and results can only be expected for 2019/2020.

The objectives of the EU Pollinators Initiative set a long-term perspective towards 2030, with a number of short term actions to be implemented until 2020.

For any next step see the individual action under the initiative. In addition the EU Pollinators Initiative will contribute to the objectives of the EU biodiversity strategy to 2020 and sectoral policies such as the common agricultural policy and cohesion policy. It will also provide valuable information on EU progress towards the relevant United Nations Sustainable Development Goals.

The initiative will work in synergy with the Action Plan for nature, people and the economy, in particular with the upcoming guidance on EU-level green infrastructure and on integration of ecosystem services into decision-making. It comes at the time when the inter-institutional negotiations on the post-2020 EU multiannual financial framework are about to start.

By the end of 2020, the Commission will review progress on the implementation of the Pollinators initiative and, if necessary, propose recommendations for further action. This process will feed into the final review of the EU biodiversity strategy to 2020 and its follow-up.

For the full list of measures and their timeline of the EU pollinator initiative, see here.