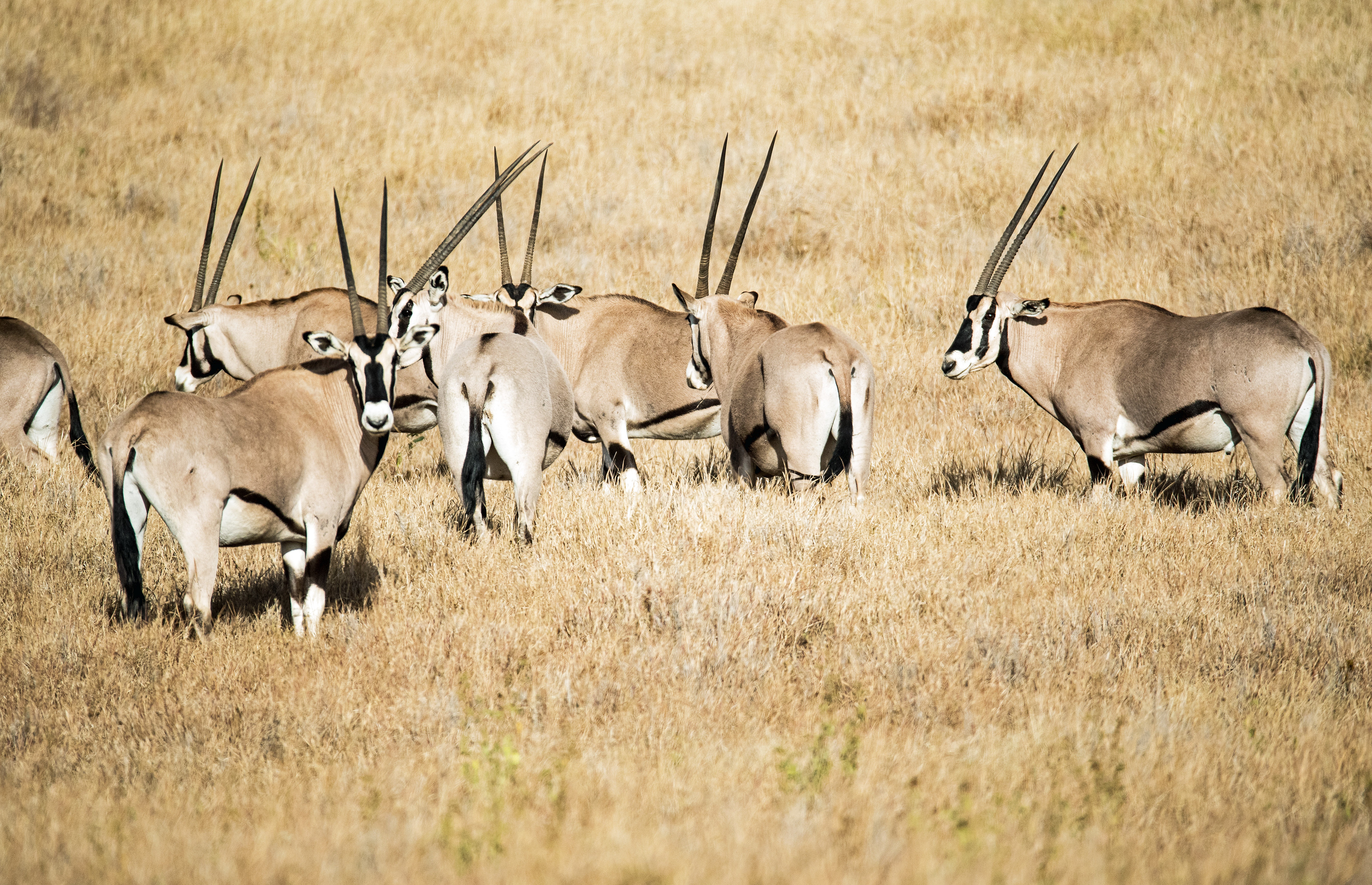 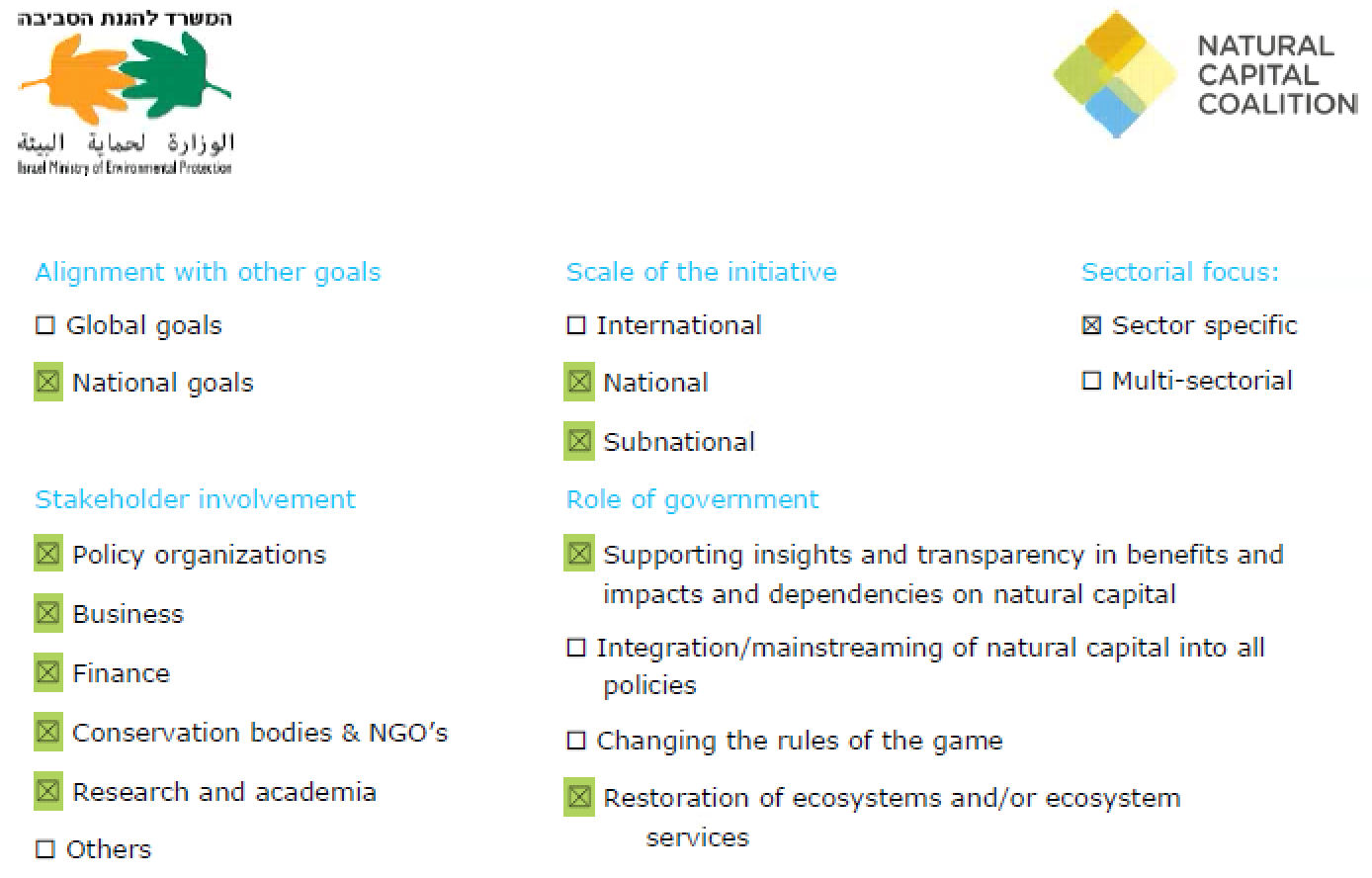 Description: In recent years, one of the major projects for safeguarding and ensuring the continued prosperity of natural capital in the form of biodiversity in Israel has been the Open Spaces Protection Fund. The Fund was passed into law in 2012 by the Israel Land Authority (ILA) as a governmental instrument to allocate funding for the restoration of open spaces and aquatic habitats, protection of endangered ecosystems, conservation of biodiversity and planning for sustainable development. Over 90% of the land in Israel is owned by the State and managed by the Israel Land Authority, and the Fund allocates one percent of all Israel Land Authority income from land sales and long term leases. Given Israel’s projected population increase, land continues to be a highly valuable resource; as such, future income for the Fund is stable and projected to remain as such.

While the Fund serves as an offset for land development projects, it also takes steps to balance incentives and subsidies harmful to biodiversity. Through this course of action, Israel views the Fund and the actions it undertakes as an integral part of its progress towards the 2020 Aichi Biodiversity Targets. It is one of Israel’s major economic incentives in its aim to promote biodiversity conservation, and it plays and important role in mainstreaming biodiversity in Central and Local Government.

The main aims of the Fund are:

The Israel Land Authority issues an annual call for submitting projects, which is open to both central and local government – Ministries, National, Regional and Local authorities and to Academic Institutions. A Board of Directors headed by the Israel Land Authority assesses and approves the successful applications. The Ministry of Environmental Protection (MoEP) and the Israel Nature and Parks Authority (INPA) submit proposals annually but also provide technical and professional assistance to other authorities interested in making submissions. To date, funding has been distributed to more than 300 projects across Israel for a total sum of NIS 500 million (US$ 150 million).

Lake Kinneret and Rivers Authority, independent statutory body operating since 1957 responsible for regulating water drainage to and from the Kineret Lake basin and all connecting permanent or seasonal water streams to ensure adequate water flow, environmental protection of relevant ecosystems and protection from flooding damages.

The Jordan River, flowing 250 kilometers from the Sea of Galilee to the Dead Sea is a landmark of great religious and historical importance. After years of its waters being redirected for agricultural use due to the water scarcity in the region, the rehabilitation of the river is well underway with the support of the Open Spaces Conservation Fund.

The project concentrates on a 10 kilometer segment of the Northern part of the Jordan River and is one of the main projects aimed at showcasing river restoration. In the first phase, ecological rehabilitation of the river was carried out south of the Alumot dam, in the area of the Jordan Valley slopes. The rehabilitation included the clearing of eroded soil, waste and other hazards, eradicating invasive plant species, reclamation of the river banks, improving water flow and water quality, planting of native vegetation and overall landscape restoration of the river and its surroundings. In addition, NIS 10 million (US$2.5 million) have been invested in public access, including development of paths that avoid disrupting the natural environment and a bird observatory.

Continued monitoring of the site since the rehabilitation show that there has been a revival of the avian, aquatic and amphibian populations, including endangered species.