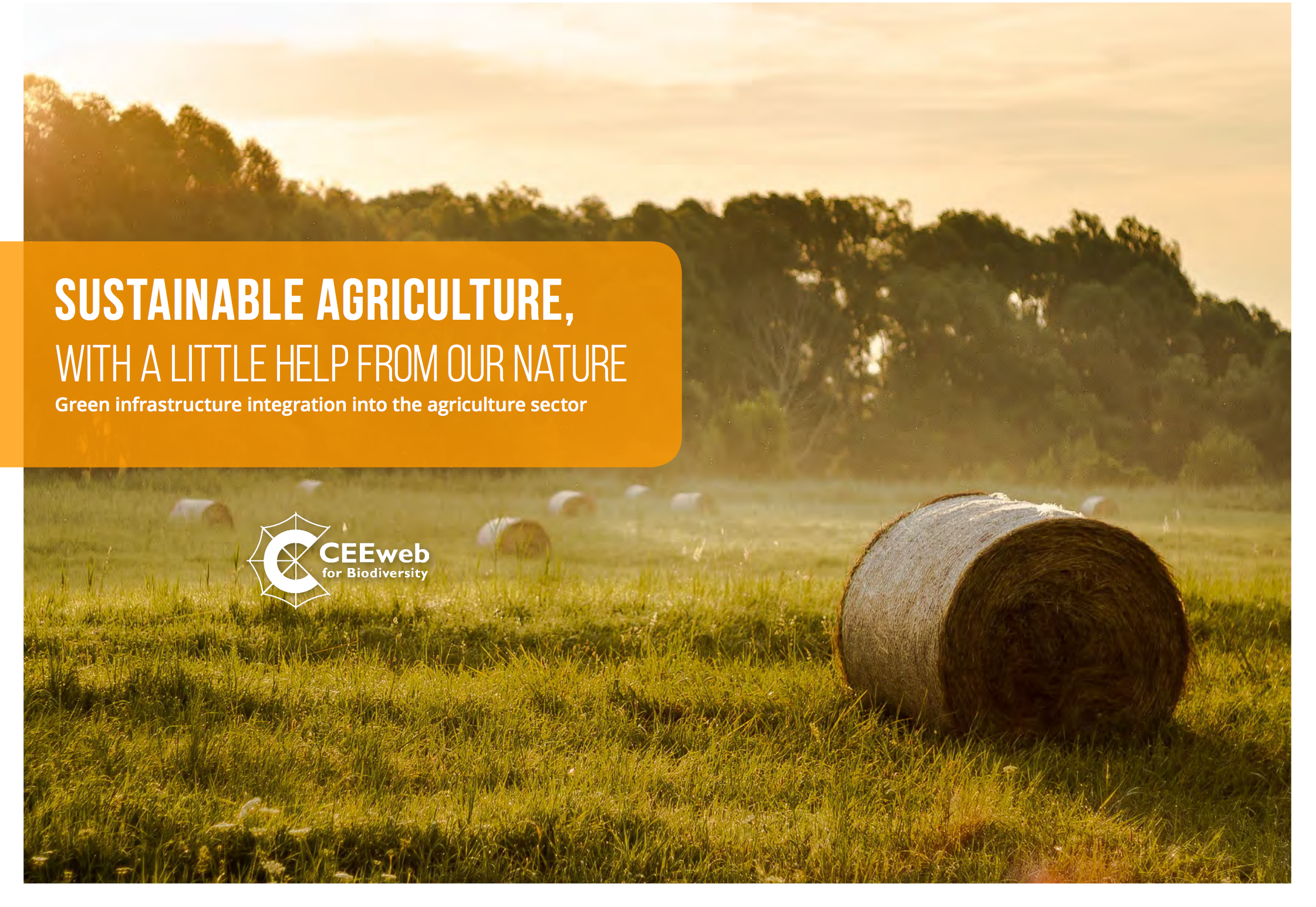 This report is a product of CEEweb for Biodiversity.

“Decades of intensive farming practices have taken its toll on environment and people. Its short-term benefits have come at an extremely high price: the loss of soil at an alarming rate, freshwater resources polluted by excessive use of pesticides and fertilisers, with unhealthy levels of ammonia, fine dust and methane from animal manure and synthetic fertilisers, food contaminated by pesticides.

Nature is suffering the consequences of unsustainable farming practices: agriculture is thought to cause around 70% of the projected loss of terrestrial biodiversity. The global decline in insect pollinators, which sustain around 35% of globally cultivated crops, is caused mostly by the use of pesticides in agriculture.

Because agriculture relies heavily on nature, unsustainable practices initiate a vicious circle where both people and nature end up as losers. Intensive farming has serious implications for human health and well-being. Pesticides have been linked to an increased risk of diseases such as cancer, particularly among farmers.

Intensive agricultural practices are also drivers of climate change – the sector is responsible for around 10% of total greenhouse gas emissions in the EU. In return, farmers are among the most vulnerable groups to the effects of climate change, since their yields are heavily influenced by intense precipitation, droughts, fluctuating temperatures and other extreme weather events. The livelihoods of farmers, especially small-scale farmers, are thus now more insecure than ever. This leads to increasing land abandonment, growing urbanization rates and monopolization of the sector by a few big agricultural businesses and further intensification of current practices…”

Read on and download the report at CEEweb for Biodiversity.