How Bison Create the Spring 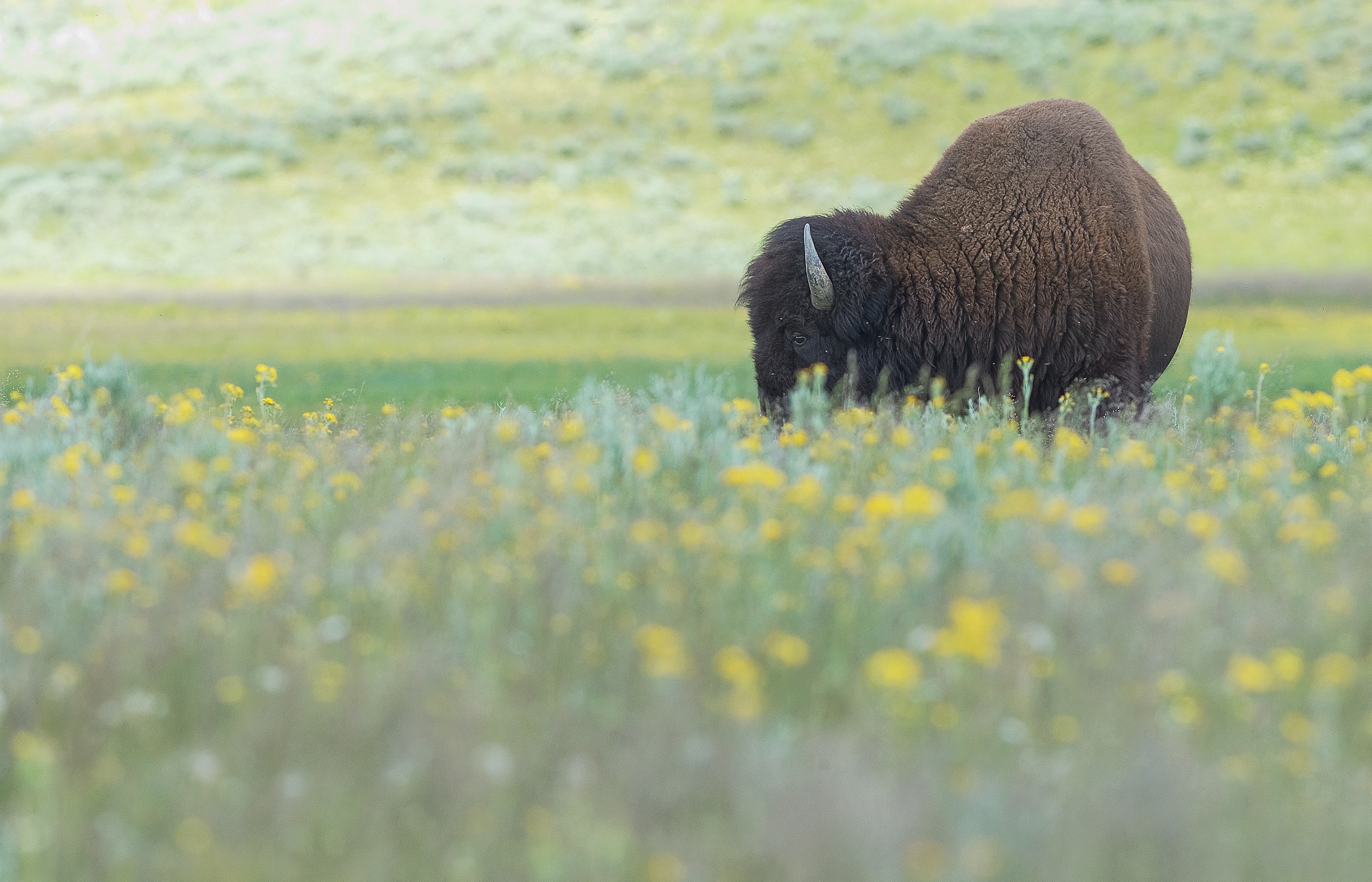 This article was originally published on The Atlantic.

“By migrating in huge herds, bison behave like a force of nature, engineering and intensifying waves of spring greenery that other grazers rely on.

…Their actions change the landscape. In areas where bison graze, plants contain 50 to 90 percent more nutrients by the end of the summer. This not only provides extra nourishment for other grazers, but prolongs the growing season of the plants themselves. And by trimming back the plant cover in one year, bison allow more sunlight to fall on the next year’s greenery, accelerating its growth. When Geremia’s team looked at parts of Yellowstone where bison numbers have fluctuated, it found that the green wave grew in intensity and crested over a longer period as the herds grew larger. The bison engineer and intensify the spring. And astonishingly, they had a stronger influence on the timing of plant growth than weather and other environmental variables. They’re equivalent to a force of nature.

That force would have been even more powerful in centuries past, when 30 to 60 million bison roamed North America. “They would have been everywhere,” says Matthew Kauffman of the University of Wyoming, who led the new study. “The productivity of those grasslands would have been radically different because there are that many bison, trampling, eating, defecating, and urinating.” These herds must have changed the path of the green wave, and inadvertently governed the fates of other animals that surf it, from deer to elk to bighorn sheep. What happened, then, when European colonizers virtually eliminated the bison? By 1900, fewer than 600 remained…”

Read on at: The Atlantic.

‹ It’s Time to Retire Metrics like GDP. They Don’t Measure Everything that Matters

Why the Crisis Engulfing Nature Matters for Business and the Economy ›