How Can We Make Coastal Habitats Sequester Even More Carbon? 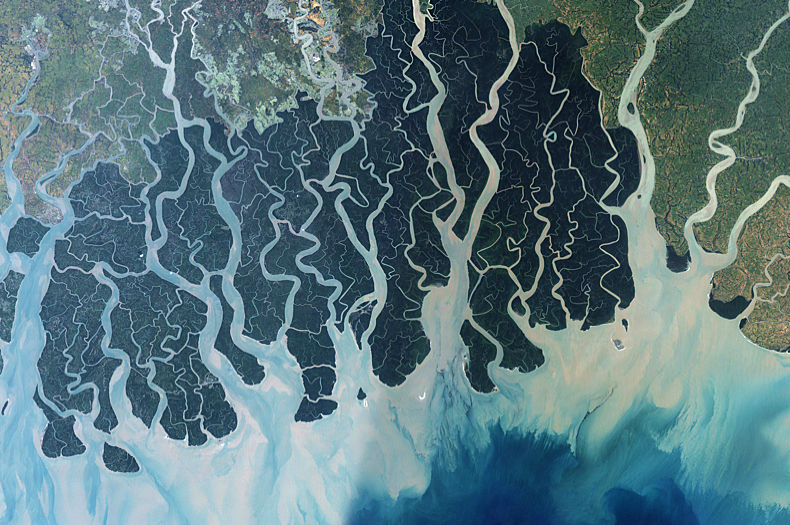 “Of all the carbon buried in the floors of Earth’s oceans, most of it is found in the narrow strip of tidal marshes, seagrass beds, and mangroves along their edge. Known as blue carbon ecosystems, these vegetated coastal habitats “occupy only 0.2% of the ocean surface, yet contribute 50% of the total amount of carbon buried in marine sediments,” write researchers, led by Deakin University ecologist Peter Macreadie, in the journal Frontiers in Ecology in the Environment. Meter for meter, they’re some of the most effective carbon storage systems we have. But could people make them even more effective?

Macreadie and colleagues pose that question, noting that present attentions are focused mostly on protection and restoration—which are unquestionably important, as roughly half of all vegetated coastal habitats have been lost to development, sea level rise, and extreme weather events. But even more is possible. Optimizing existing blue carbon ecosystems offers “the potential to profoundly alter carbon accumulation and retention,” write the researchers, “providing new and previously undervalued strategies for mitigating climate change.”

The researchers focus on three key environmental processes that control carbon breakdown and sequestration in these habitats. The first is nutrient pollution, especially nitrogen and phosphorus released from agricultural fertilizers and sewage, which leads to microbe and algae population shifts that reduce the amount of carbon stored by ecosystems. As a case study, they point to a 12-year-long study of a South Carolina salt marsh where fertilizer runoff produced a 40 percent loss in carbon stored in sediments…”