How Horses Can Save the Permafrost 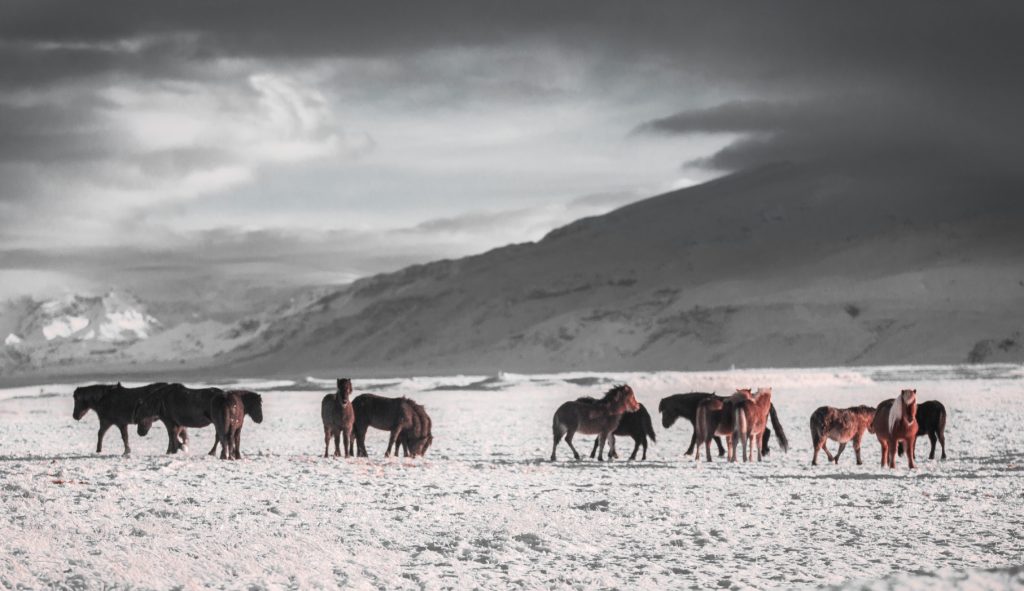 “Permafrost soils in the Arctic are thawing. As they do, large, additional quantities of greenhouse gases could be released, accelerating climate change. In Russia, experiments are now being conducted in which herds of horses, bison and reindeer are being used to combat this effect. A study from Universität Hamburg, just released in the Nature journal Scientific Reports, now shows for the first time that this method could significantly slow the loss of permafrost soils.

Theoretically speaking, 80 percent of all permafrost soils around the globe could be preserved until the year 2100, as has now been demonstrated by Prof. Christian Beer from Universität Hamburg’s Center for Earth System Research and Sustainability (CEN), an expert on the permanently frozen soils found throughout the Northern Hemisphere. If no action is taken to prevent it, half of the world’s permafrost will thaw by 2100. The new study explores a somewhat unconventional countermeasure: resettling massive herds of large herbivores.

The inspiration came from Pleistocene Park in Chersky, a city in northeast Russia. Russian scientists Sergey and Nikita Zimov resettled herds of bison, wisents, reindeer and horses there more than 20 years ago, and have been observing the effects on the soil ever since. In winter, the permafrost in Chersky is ca. -10 degrees Celsius; at temperatures down to -40 degrees Celsius, the air is far colder. Thanks to ample snowfall, there is a thick layer of snow cover that insulates the ground from the frigid air, keeping it warmer. When the snow cover is scattered and compressed thanks to the grazing animals‘ stamping hooves, its insulating effect is dramatically reduced, intensifying the freezing of the permafrost. “This type of natural manipulation in ecosystems that are especially relevant for the climate system has barely been researched to date—but holds tremendous potential,” Beer says.”

‹ Restoring Soils Could Remove up to ‘5.5bn Tonnes’ of Greenhouse Gases Every Year

Global Light Pollution Is Affecting Ecosystems—What Can We Do? ›