How Sea Otters Help Save the Planet 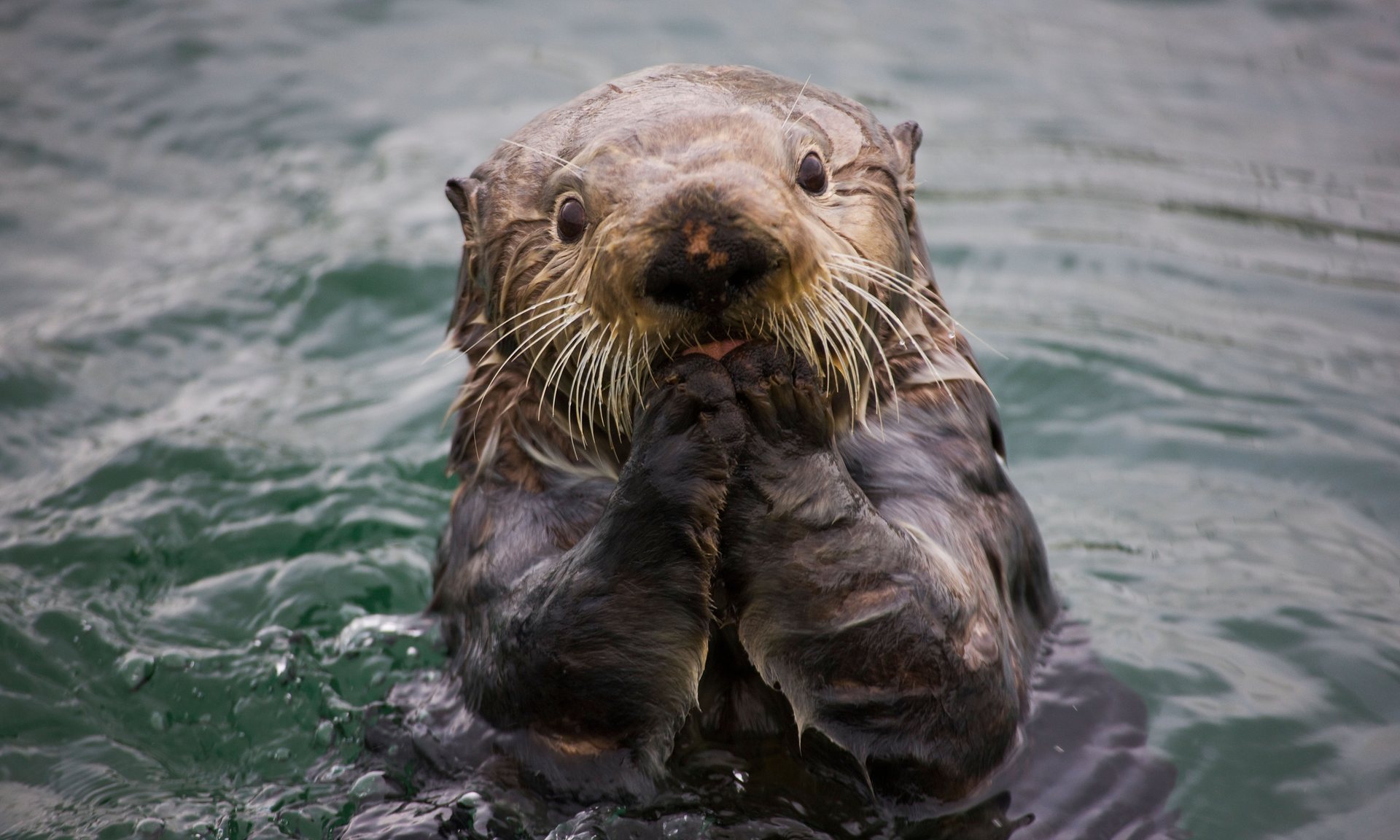 “…In fact, they [otters] are now recognised as being a keystone species, whose position in food chains is crucial in maintaining the ecological health of an area. They not only ensure the health of kelp forests but affect many other local species, as Estes’s investigations have since revealed. Fish thrive in kelp forests, as do mussel beds, for example.

But most of all, those rich kelp forests – enriched by sea otter activity – play a key role in maintaining global environmental health. Levels of carbon dioxide in the atmosphere are rising in the sea as well as in the atmosphere, and it is increasingly being absorbed by the sea as well, making it more acidic and harmful to many species. But Estes has calculated that healthy kelp forests have the capacity to absorb billions of kilograms of carbon.

“Our results were eye-opening,” he states. “The difference in annual absorption of atmospheric carbon from kelp photosynthesis between a world with and a world without sea otters is somewhere between 13 and 43 billion kg (13 and 43 teragrams) of carbon.”

Just about every strand of ocean life that Estes looked at was touched in some way. “Every species in the coastal zone is influenced in one way or another by the ecological effects of sea otters,” he concludes. Thus, in removing sea otters from the north Pacific, humanity – in its pursuit of fur for hats, gloves and coats – had not only grievously endangered the species, it had disrupted a large chunk of the marine environment in the Pacific and – for good measure – damaged our ability to deal with the impact of rising carbon dioxide levels on our planet…”

‹ Communicating your business’ relationship with nature to investors

Are Environmental Considerations Becoming a Mainstream Issue for Investors and Companies? ›