How the Stunning Scarlet Macaw Came Back From the Brink 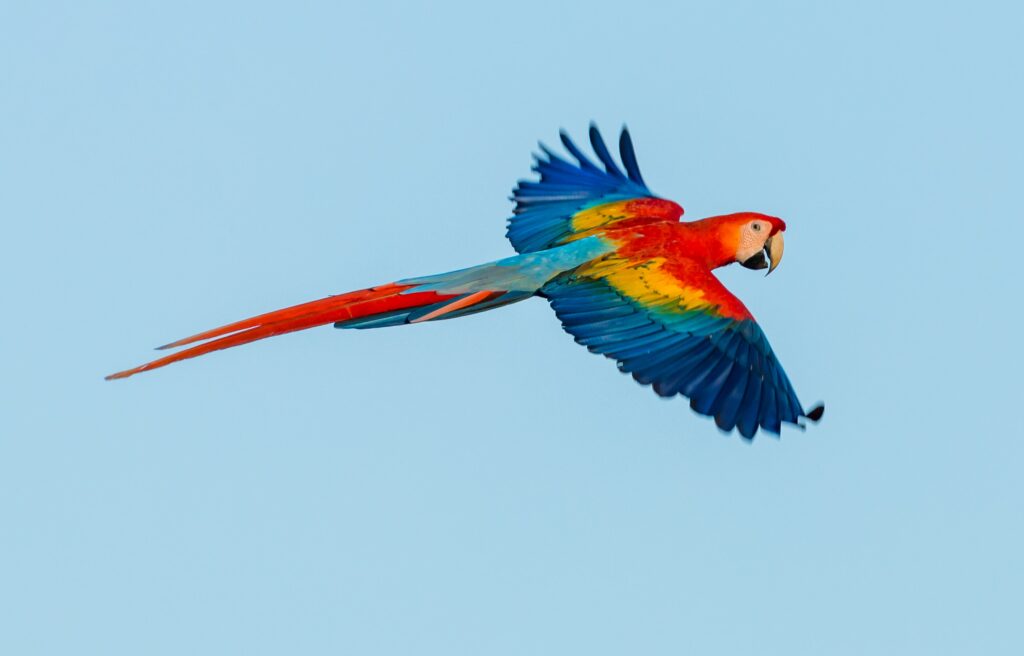 This article was originally published on Smithsonian Magazine.

“Davidson—a towering 74-year-old Tennessean, has lived in Honduras for more than 30 years, but still speaks with a Southern drawl as thick as the humidity. He opened Macaw Mountain to visitors as a bird park and nature reserve just a few months after he flew in the first group of guacamayas, then spent much of the 2000s expanding. The park added wooden aviaries, bridges and trails built by hand. All the while, it took in neglected or mistreated macaws from cages all over the country.

…Six releases later, more than 75 macaws fly free in the Copán valley—and they’re reproducing fast. With support from the World Parrot Trust, Macaw Mountain hired several full-time biologists and staff members from Honduras and Mexico to operate as both a bird park and rehabilitation center. Macaw Mountain formed its own NGO, called ProAlas, to fund bird releases all over Honduras, from the rainforests along the Cangrejal River to the picturesque Lake Yojoa and the Caribbean Bay Islands.

…In Honduras, the local community’s response has been overwhelming. Davidson remembers a couple of years ago when two birds were stolen from the park, probably to be trafficked illegally. Macaw Mountain shared the news and locals made the post go viral. By the next morning, someone had returned the macaws to a police station.

…Conservationists hope that national pride around the scarlet macaw will inspire a heightened sense of responsibility for protecting other species and their natural habitats. Some of the last great expanses of rainforest in Latin America lie in Honduras, but they are threatened by encroaching cattle ranches as well as illegal logging, hunting and mining.”

Read on at: Smithsonian Magazine