Human Evolution: Secrets of Early Ancestors Could Be Unlocked by African Rainforests 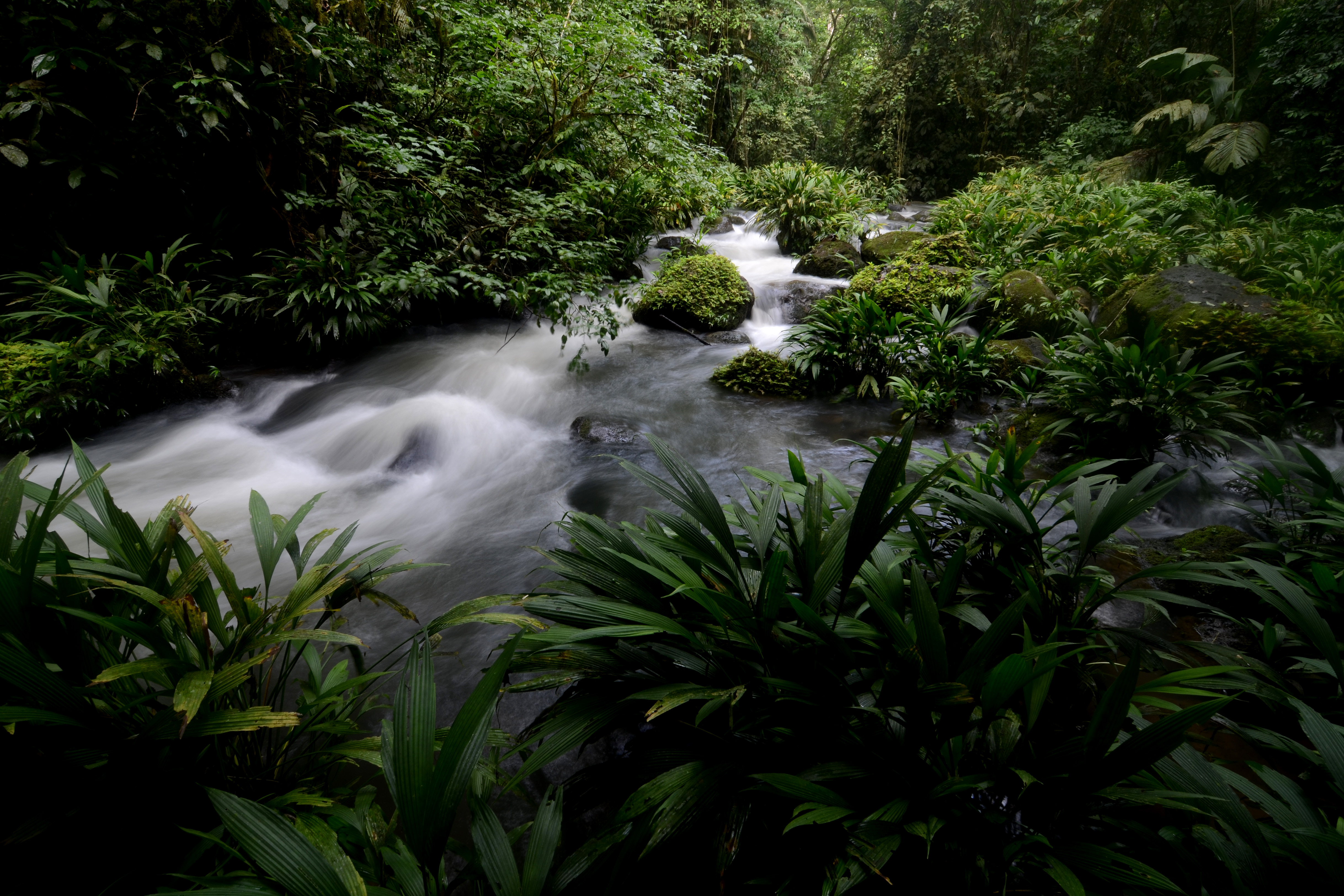 “Think of rainforests and the picture is inevitably one of a dark and forbidding realm where life is abundant, yet alarmingly cryptic. Rather than the sense of space offered by long, iconic grassland vistas, distance is compressed into tangled webs of foliage, veiling both predators and prey. Diffuse and difficult to access proteins, carbohydrates and fats increase the chances of encountering an array of lurking dangers. For these reasons, it has long been thought that humans were only able to colonise rainforests in the last few thousand years, after the development of agriculture.

In fact, we still have no clear idea when humans first began to inhabit rainforests. But mounting evidence is deconstructing the idea that rainforests – that is, forests requiring between 2,500 and 4,500 mm of rain a year – were hostile “green deserts” to early hunter gatherers.

In South Asia, there is now compelling archaeological evidence that Homo sapiens rapidly adapted to life in rainforests. At Niah Cave in Borneo, toxic plants obtained from nearby rainforest habitats were being processed as far back as 45,000 years ago, soon after people were first documented in this region. In Sri Lanka, there is evidence for direct reliance on rainforest resources at least 36,000 years ago. And a paper published in Nature last year reported the presence of humans in a rainforest environment on Sumatra dating back to a staggering 70,000 years ago…”

Massive Solar & Wind Farms Could Bring Vegetation Back to the Sahara ›