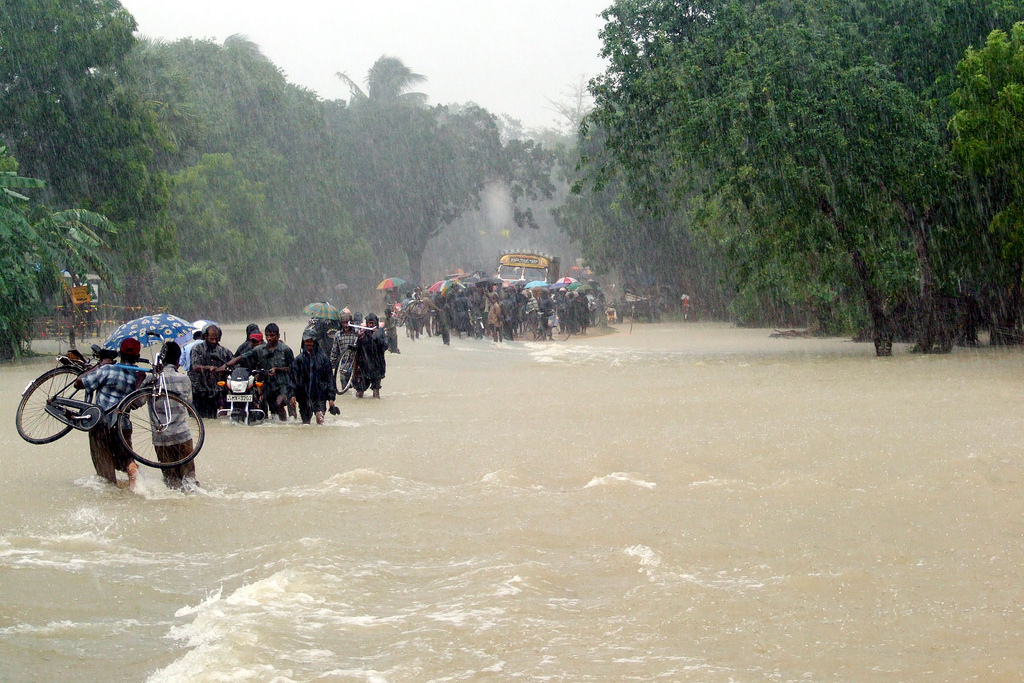 “The picturesque Kerala backwaters in southern India, increasingly popular with tourists, form a network of engineered canals, lagoons, lakes, and rice paddies. But a fatal monsoon deluge has highlighted the global problem of how developed wetlands often lose their capacity to absorb major floods.

In India, they call the state of Kerala in the country’s far south “God’s own country.” That wasn’t how it felt last August, when monsoon floods devastated its densely populated low-lying coastal plain. Around 500 people drowned, in an area best known to outsiders for its placid backwaters, a network of brackish lakes, lagoons, and canals where growing numbers of Western tourists cruise the picturesque waterways aboard luxury houseboats.

Now that the floodwaters have abated, questions are being raised about whether the disaster was made worse by water engineering projects in the backwaters designed to feed the state’s population and attract tourists. Increasingly, Kerala residents are wondering if “God’s own country” is damned as well as dammed.

The floods came out of the Western Ghats. This chain of mountains down the west side of India is one of the country’s wettest places, drenched from June to September in monsoon. In early August, the rains there were exceptionally intense and unremitting. The rivers flowing from the mountains west toward the Arabian Sea dumped their water into the backwaters on a coastal plain that is largely below sea level.

Sixty-mile-long Lake Vembanad, at the heart of the backwaters, rose up and flooded surrounding wetlands and rice paddies, cities, and farming villages. A quarter-million people took refuge in 1,500 relief camps; 6,200 miles of roads and 115 square miles of farmland were damaged. Cochin International Airport was awash…”