In Madagascar, Fishermen Plant Mangroves for the Future 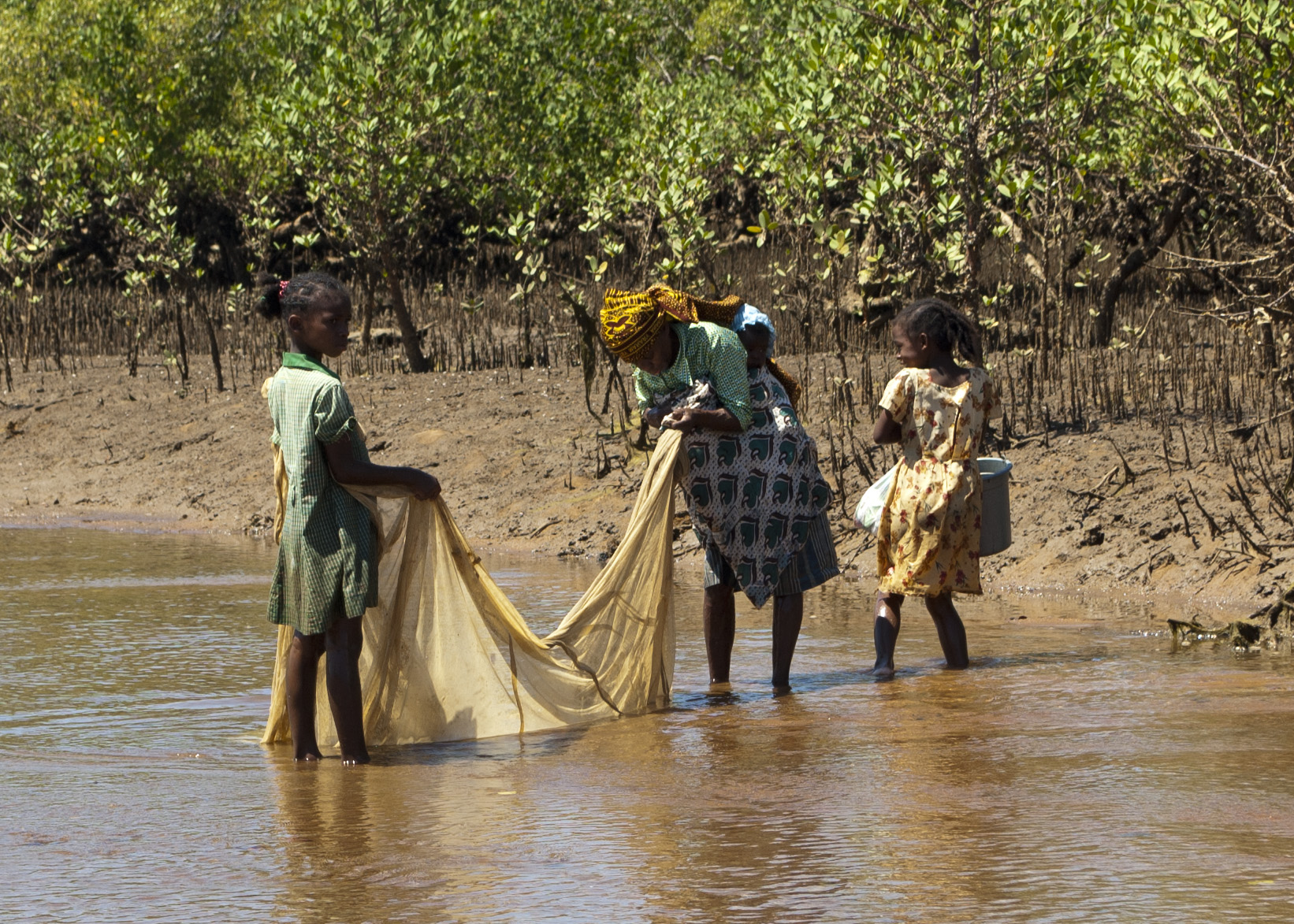 By tato grasso [CC BY 3.0 (https://creativecommons.org/licenses/by/3.0)], from Wikimedia Commons

“Hunched over the soil, Malagasy villagers work feverishly—deft fingers planting stalks of mangrove to replace the swathes destroyed for firewood and building material. In just two decades, Madagascar lost about a fifth of its mangrove forest area, exposing its coastline to the ocean’s ravages and shrinking the nursery grounds of crabs and shrimp—two key exports. With sea levels forecast to rise further due to global warming, coastal villagers are rushing to try and undo the damage, with the help of conservation group WWF.

“The ocean keeps rising and rising, and it takes everything with it,” lamented 36-year-old crab fisherman Clement Joseph Rabenandrasana, who travelled several kilometres (miles) from his home in Beanjavilo to Amboanio on the island’s west coast to volunteer in a two-day reforestation drive. Amboanio is a hamlet of about 50 people in the Melaky region, heavily dependent on aquaculture. “The mangrove protects us,” said Rabenandrasana, while conceding that: “I used to harvest mangrove for money” to augment a humble crabbing income which averages about 50-80 euros ($60-96) a month.

Rabenandrasana and others on the Indian Ocean island used to sell mangrove wood for construction beams, and used it themselves for cooking and heating, and to construct shelters. “We realised too late the importance of this ecosystem,” said Eric Ramanitra of WWF, driving the project to sensitise locals to the mangrove’s indispensable role.

Found in the world’s tropical and subtropical regions in more than 120 countries, mangroves serve not only as fish nurseries, but also filter water and shield coastal areas from the force of waves whipped up by cyclones. “I didn’t know that fish lay their eggs in the mangrove,” said Samuel Razafimamonjy, 59, another volunteer.

Mangroves also absorb and store large amounts of carbon dioxide—one of the greenhouse gases driving planet warming. The WWF project helps people replant the mangrove forests and to take charge of managing and protecting the valuable resource in a country rife with political turmoil and corruption. “Today, there are dedicated zones where the local community has to give consent for harvesting, and a limit is imposed on the size of plants” that can be taken, said Ramanitra.

But the WWF also had to find ways to compensate for mangrove sales that locals such as Rabenandrasana willingly sacrificed. Rabenandrasana nets crabs from a small boat in canals among the mangroves near his home village. He has now learnt to take only those larger than 10 centimetres (four inches), and throw back juveniles and egg-carrying females so as to counter overfishing…”