Indigenous-Led Conservation in the Amazon: A Win-Win-Win Solution 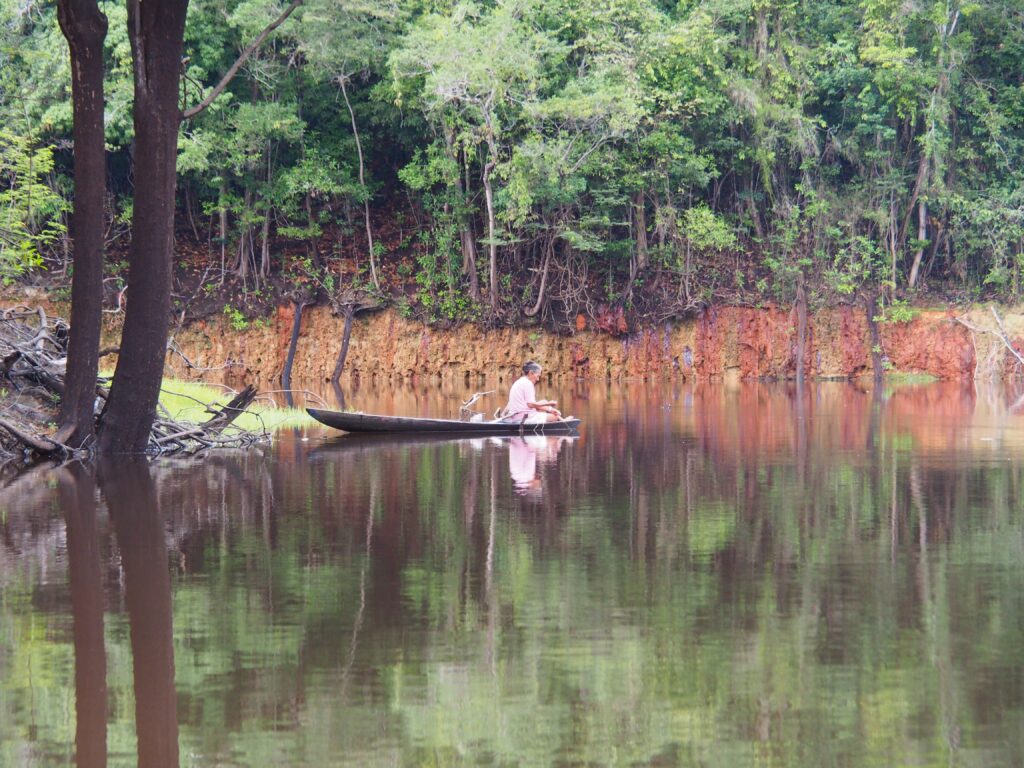 This article was originally published on Amazon Frontlines.

“When we look to our world’s last standing forests, our attention must turn to the world’s best and most experienced conservationists: indigenous peoples, who have cared for their forest homes for thousands of years. A recent LandMark study showed that, globally, indigenous people are exceptionally good at protecting their territories (Garnett et al. 2018). The study aggregated data worldwide and found that indigenous territories (both recognized and de facto) represent over a quarter of terrestrial habitats and overlap with about 40% of the world’s protected areas (as defined by states and/or the International Union for Conservation of Nature (IUCN)) and natural areas (defined as having a Human Footprint score less than four). Further, a World Bank report estimates that 80% of the world’s biodiversity resides inside traditional indigenous territories (Sobrevilia, 2008). Indigenous people have been extremely judicious in their use of land, leading to high-quality, natural landscapes, and because of this, indigenous lands will be instrumental in the quest for preserving the last intact forests on earth and, thus, tackling the climate crisis.

….The World Resources Institute looked at the benefits of avoided deforestation in indigenous lands in the Western Amazon region. They found that deforestation rates were 2.8 and 2 times lower in indigenous lands of the Bolivian and Colombia Amazon, respectively, than outside indigenous lands. Securing indigenous forestland in Bolivia and Colombia could avoid 8.04 and 3.01, respectively, of Mt CO2 annually, the equivalent of roughly 1 700 000 passenger cars per year in the case of Bolivia’s forestland. A paper evaluating the unrecognized contribution of indigenous territories to forest carbon in the entire Amazon basin found that an area larger than the Amazonian regions of Ecuador, Colombia and Peru combined is, nonetheless, at risk of disturbance by ongoing or planned development schemes (Walker et al. 2014).

…Along with the climate and biodiversity benefits of conserving forests, regaining land-title and authority over their lands also has health benefits for indigenous peoples – a win-win-win solution. In a worldview where wellbeing encompasses much more than economic solvency, one can generally group indicators of health and wellbeing into three categories: material, social and spiritual/cultural (Hiemstra et al, 2014). The material needs include food, water, health care, shelter, and, importantly, in this case, security. Social wellbeing indicators are relational and comprise requisites for identity, belonging and self-esteem. The spiritual and cultural aspects cover tangible values related to sacred places, totemic animals, artefacts, and custodians as well as intangible values related to festivals, beliefs, customs and language.”

Read on at: Amazon Frontlines

Celebrating the Stewardship and Resilience of Indigenous Peoples ›