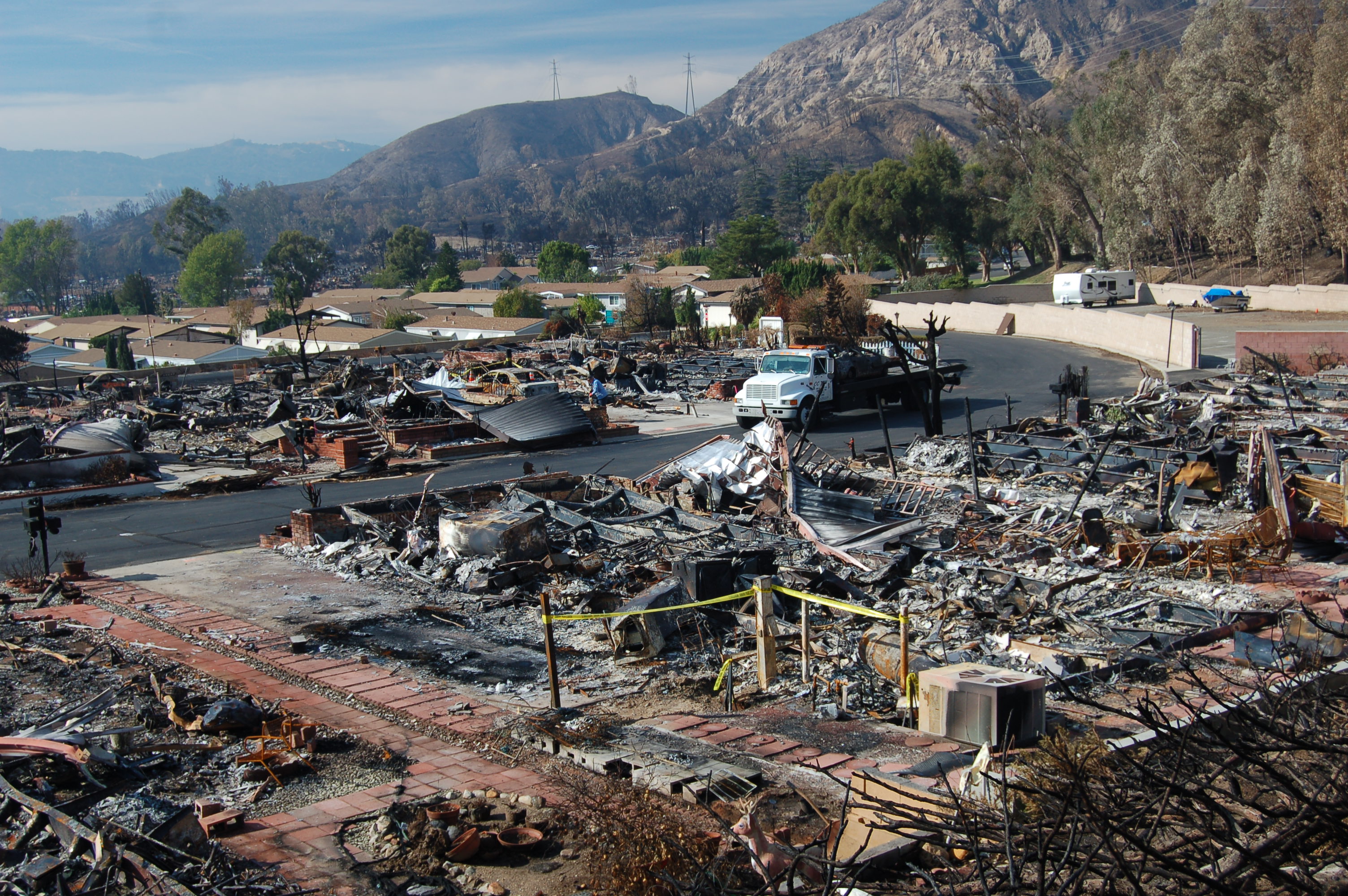 By FEMA/Michael Mancino (This image is from the FEMA Photo Library.) [Public domain], via Wikimedia Commons

“…Home insurance is one of the first places that average people feel the pinch of climate change. Wildfires in urban areas are causing new levels of destruction. In the past year, six burns entered the list of California’s 20 most damaging fires.

…Home and farm insurers in California lost nearly $16 billion last year, quadruple their losses in 2016, according to insurance credit rating agency A.M. Best. Wildfires account for most of those losses. About 15,000 homes were destroyed last fall….”

‹ On World Food Day, WWF Warns of the Dramatic Impact of Overfished Oceans on People