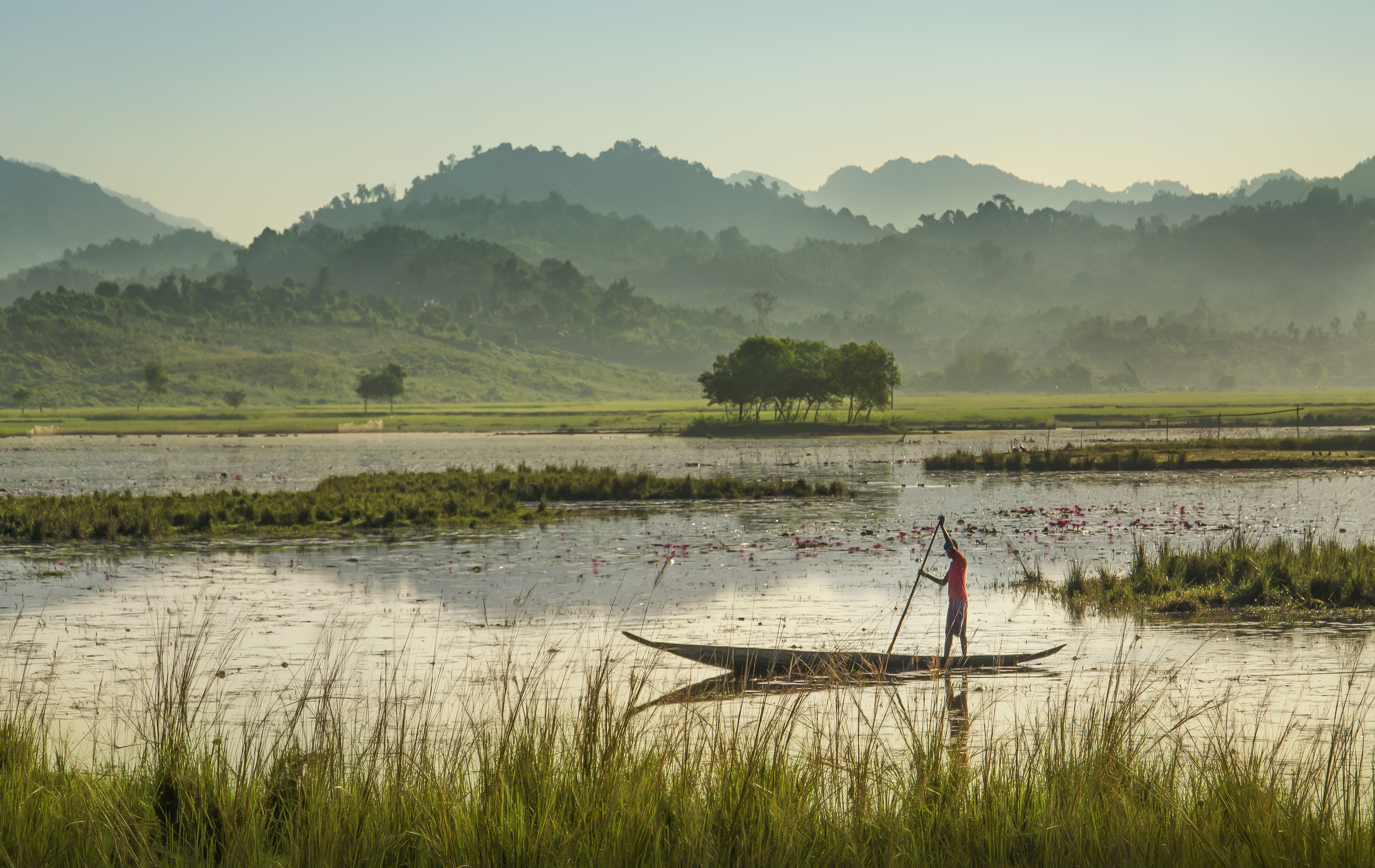 This paper was originally published in Science of The Total Environment.

“We aimed to assess the long-term (1973–2014) and short-term (pre- and post-monsoon) quantities, values and changes of freshwater ecosystem services (FES) in the wetland areas of Southern Bangladesh using land cover change as a proxy indicator. Bangladesh is a sub-tropical country that receives >80% of its annual rainfall during the monsoon and post-monsoon periods, between the months of June and November.

Therefore, it could be hypothesized that the monsoon and post-monsoon rainfalls significantly contribute to altering the local land cover, and consequently change the FES. Our multi-stage methodology, among others, included; (i) participatory FES identification (ii) long-term and seasonal land cover analysis using Remote Sensing and GIS, and (iii) assessing FES quantities and values using an expert-developed FES Matrix.

The results identified 14 major FES; seven provisioning, six regulating and one cultural service. The results showed that over the last 40 years, significant land cover transformations occurred in the study area e.g. increase of agricultural land, rural vegetation with settlement (RVS) in exchange of wetlands, along with significant seasonal variations include increase of wetland in the post-monsoon seasons and agricultural land in the pre-monsoon seasons. Such changes contributed to the decrease of total long-term FES quantities and economic values including a significant reduction of regulating and provisioning services.

Post-monsoon seasons experienced increased quantities of regulating services (e.g. soil fertility, water purification and biodiversity), mainly as a result of additional rainfall, although its overall quantities considerably decreased over the long-term. The results of the study highlighted the importance of prudent land management policies at rural scales for better ecosystem services and conservation…”

Read on and access the full paper at: Science of The Total Environment.

‹ Massive Solar & Wind Farms Could Bring Vegetation Back to the Sahara