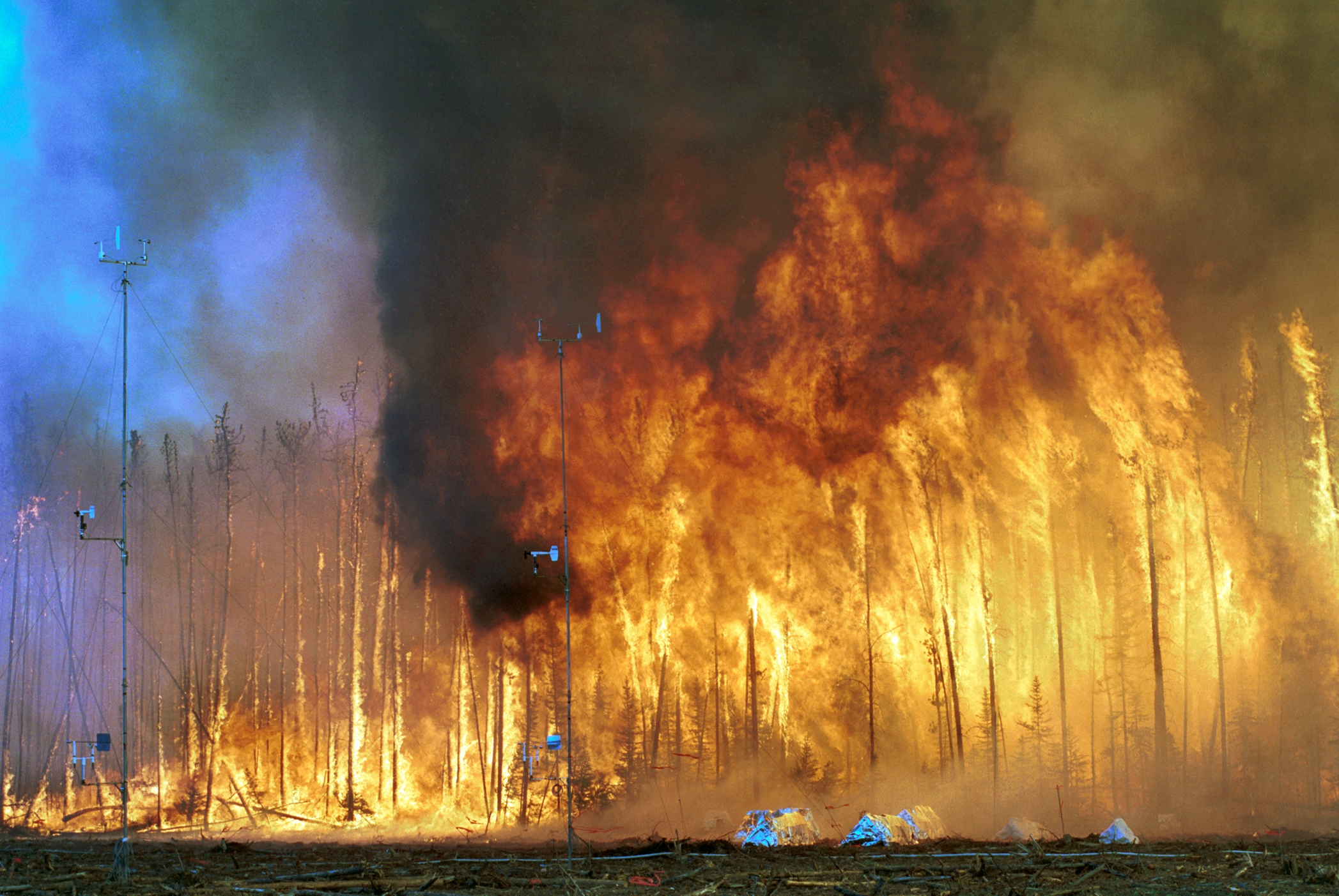 By (Photograph used by permission of the USDA Forest Service.) [CC BY 2.5 (https://creativecommons.org/licenses/by/2.5)], via Wikimedia Commons

“The replacement of natural fynbos vegetation with pine plantations in the southern Cape, and the subsequent invasion of surrounding land by invasive pine trees, significantly increased the severity of the 2017 Knysna wildfires. This is one of the findings of a study published in the journal Fire Ecology by a research team from the DST-NRF Centre of Excellence for Invasion Biology (CIB) at Stellenbosch University, Nelson Mandela University, SANParks, and the CSIR. The aim of the study was to assess the climatic, weather and fuel factors that contributed to one of the worst fires ever recorded in the region.

Over four days in June 2017, the Knysna fires burnt 15,000 hectares, claiming the lives of seven people and destroying more than 5000 hectares of commercial pine plantations and over 800 buildings. The researchers used satellite imagery to compare the landscape before and after the fire, including the types of vegetation covering the areas under study. This information enabled them to estimate the amount of biomass consumed by the 2017 fire.

One of the main findings is that the severity of the fire was significantly higher in plantations of invasive alien trees and in fynbos invaded by alien trees, than in uninvaded fynbos. And while the weather conditions were extreme, they were not unprecedented, as similar conditions occurred in the past at a rate of approximately one day every three years. Additionally, the severity of the drought that preceded the fires by 18 to 24 months was higher than ever recorded in the historical weather record, and this contributed significantly to the impact of the fire…”